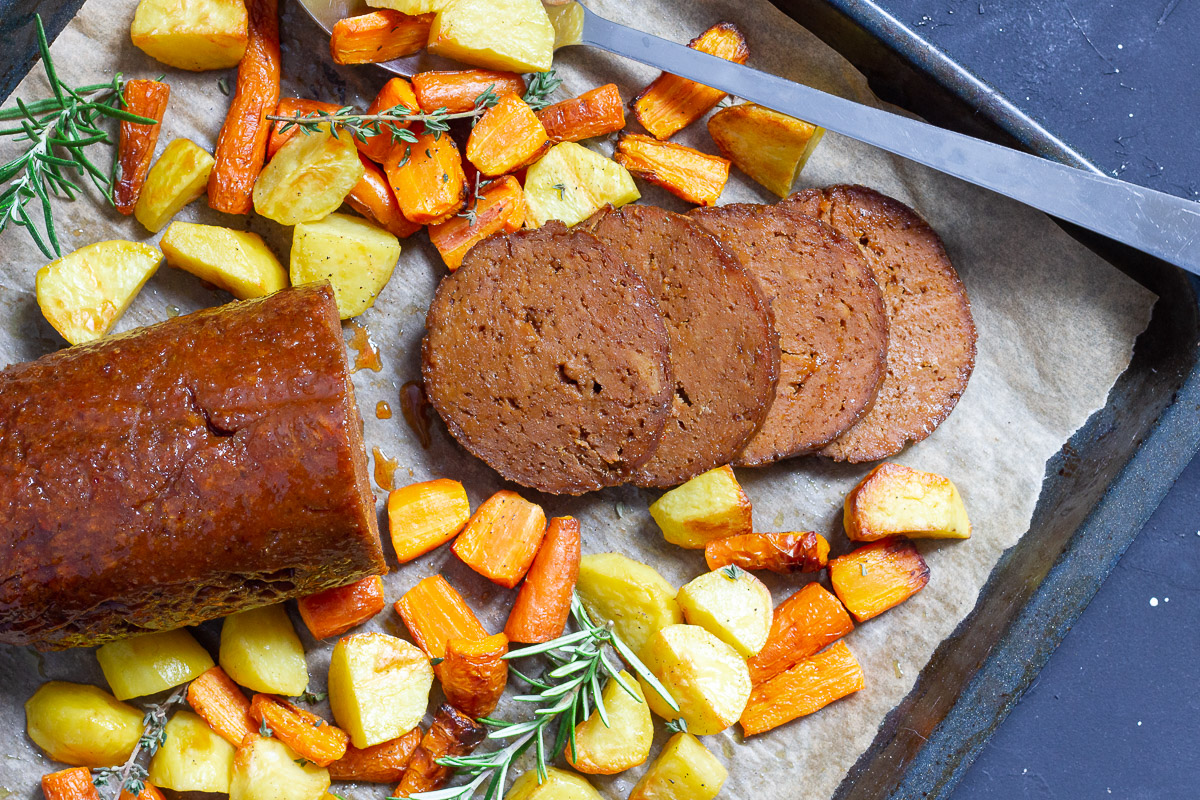 It’s going to be festive. This vegan seitan roast makes a wonderful main course at Christmas. But of course it’s also delicious for all other special occasions. Or simply on Sundays as a feel-good meal. For example, we like to serve it with oven-roasted vegetables, red cabbage and our fantastic vegan gravy. By the way, making it yourself is much cheaper than buying any seitan ready-made products in the supermarket or organic market. And it tastes better too.

The preparation of the seitan roast can be divided into several rough steps: first, a roast mixture is made from wheat gluten powder, also called vital wheat gluten flour, and other ingredients. It is important here that the mass is kneaded sufficiently to activate the wheat gluten and create a meaty structure. The mixture is then formed into a roast and baked in the oven. It is then allowed to cool. It can also be left in the fridge for one or more nights. For even more flavour and juiciness, the seitan roast is then left to steep in a hot broth after cooling, before it is finally allowed to crisp up in the oven, coated with a sweet and spicy glaze. The roast can therefore be easily prepared, so that on the day of the meal itself, not so much needs to be done.

As the main meat component, the roast is sufficient for 6 to 8 people. However, seitan can be used in many ways and can also provide you with other delicious meals. Thinly sliced, it cuts a good figure on breads and sandwiches, for example as a corned beef substitute on the Reuben sandwich. Cut into strips, we have also used it as an ingredient in soups or stir-fry dishes. The possibilities are endless. Let us know what else you have used seitan for. 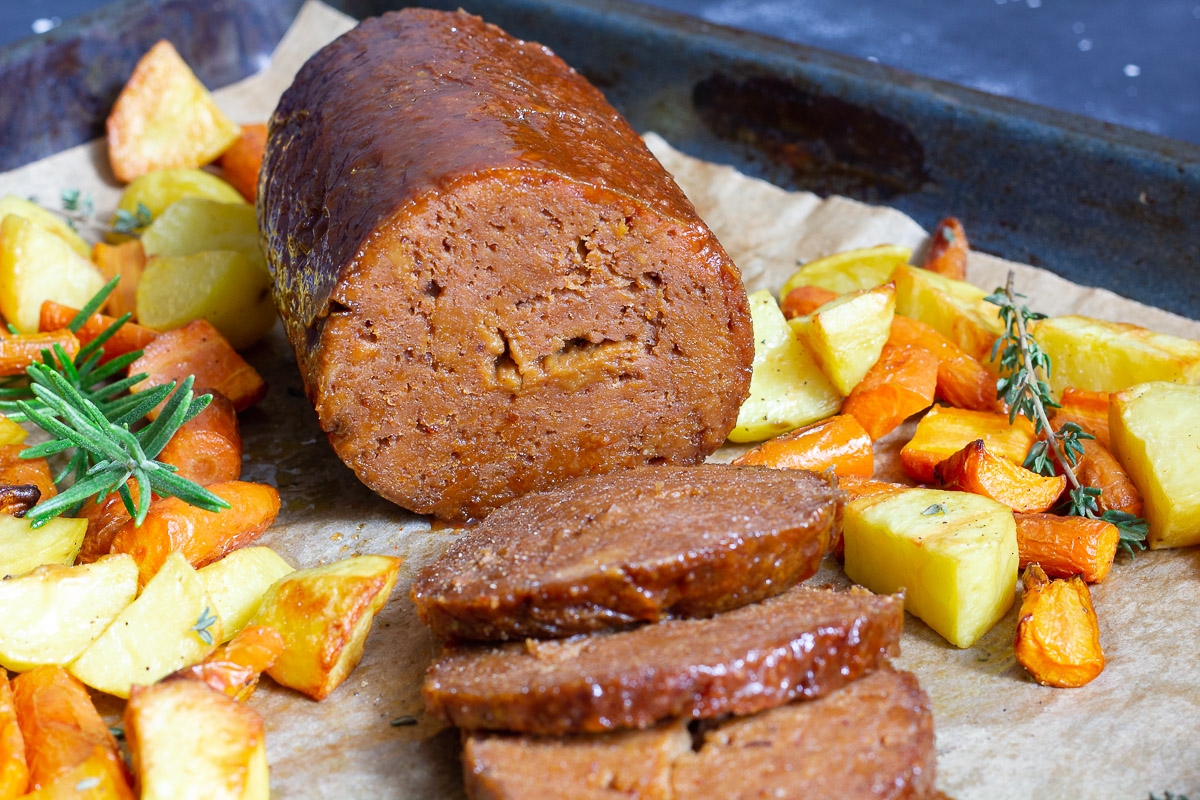 A beautiful version of the American Christmas song by Fiona Apple.
(Would you like to listen to all the songs for the recipe? Find them collected in one playlist here) 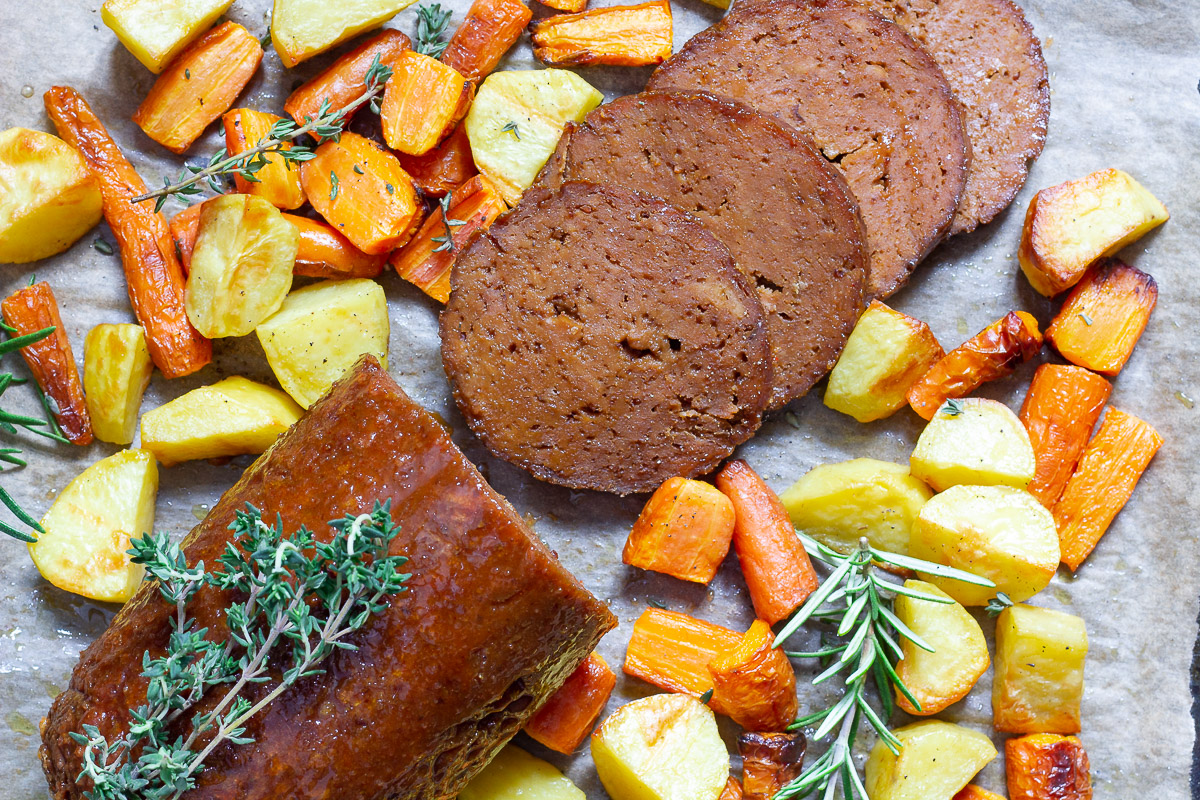