Still you can find fresh wild garlic, even if the short season will be over soon. For the first time ever we’ve been picking it on our own and stocked up properly. We have processed and frozen most of our wild garlic harvest directly into wild garlic pesto and wild garlic butter. So we will still have some of it in the coming months. We also used some of them directly. That’s how the recipe for vegan wild garlic potato dumpling fingers with orange sauce came about. 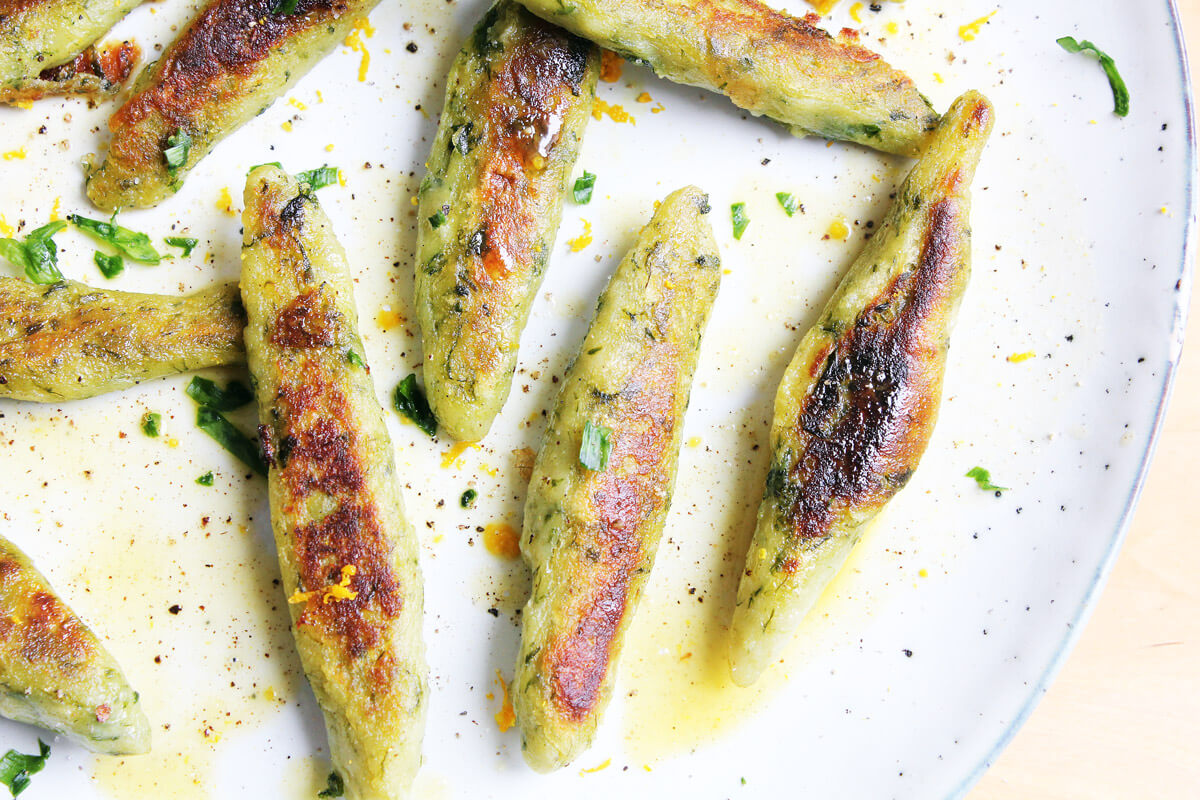 Potato dumpling fingers (“Schupfnudeln“) come – just like we do – from southern Germany and have very different names there depending on the region. For example, they are also known as “Fingernudeln“, “Bauchstechala“ or “Bubespitzle“. They consist of a potato dough and are basically the German equivalent of gnocchi. The biggest difference lies in the shape. While for gnocchi the dough is formed into small dumplings, for potato dumpling fingers it is rolled out to fingerlike shapes. Potato dumpling fingers are usually also fried after cooking in water, which is less often the case with gnocchi. 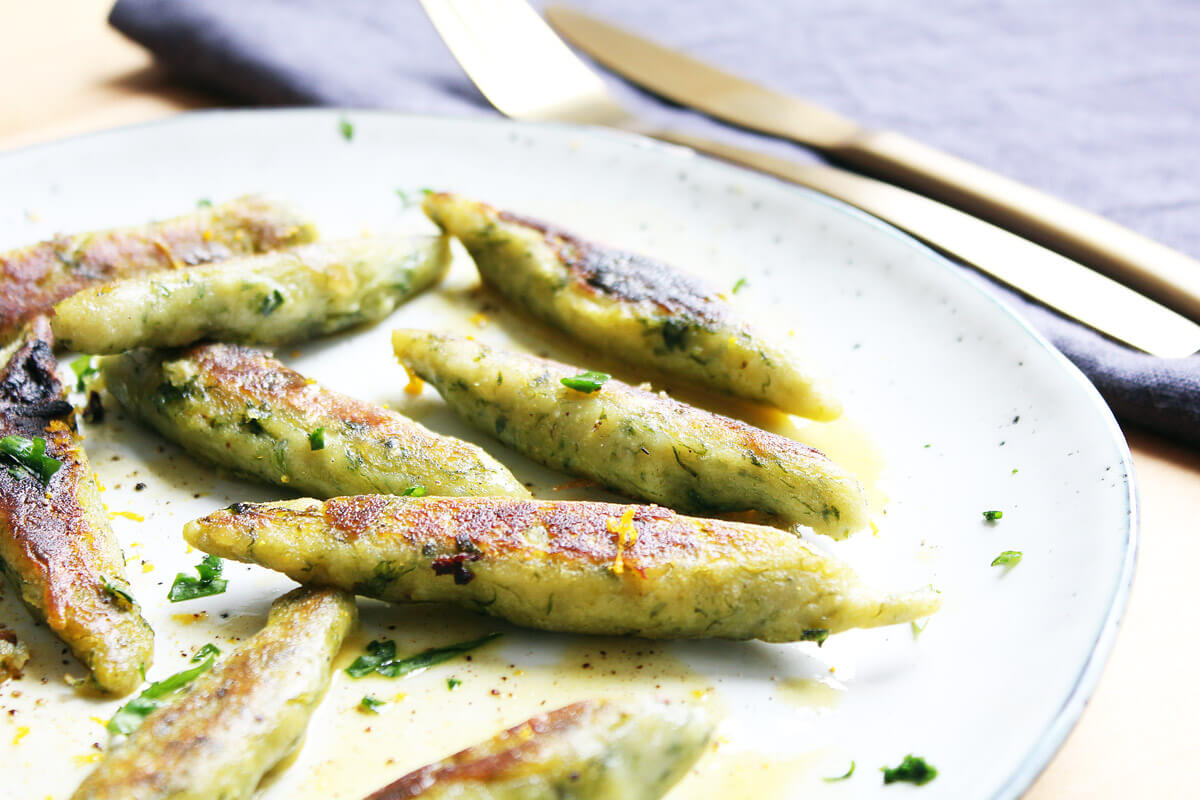 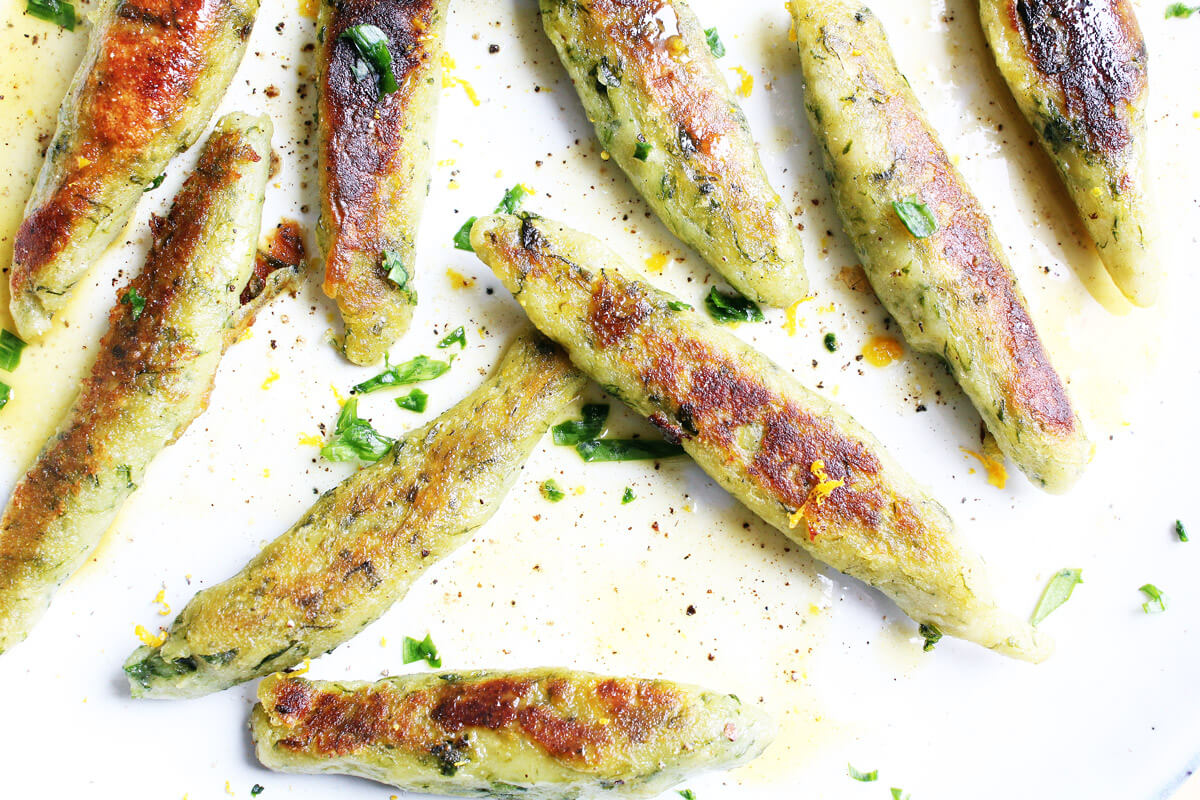 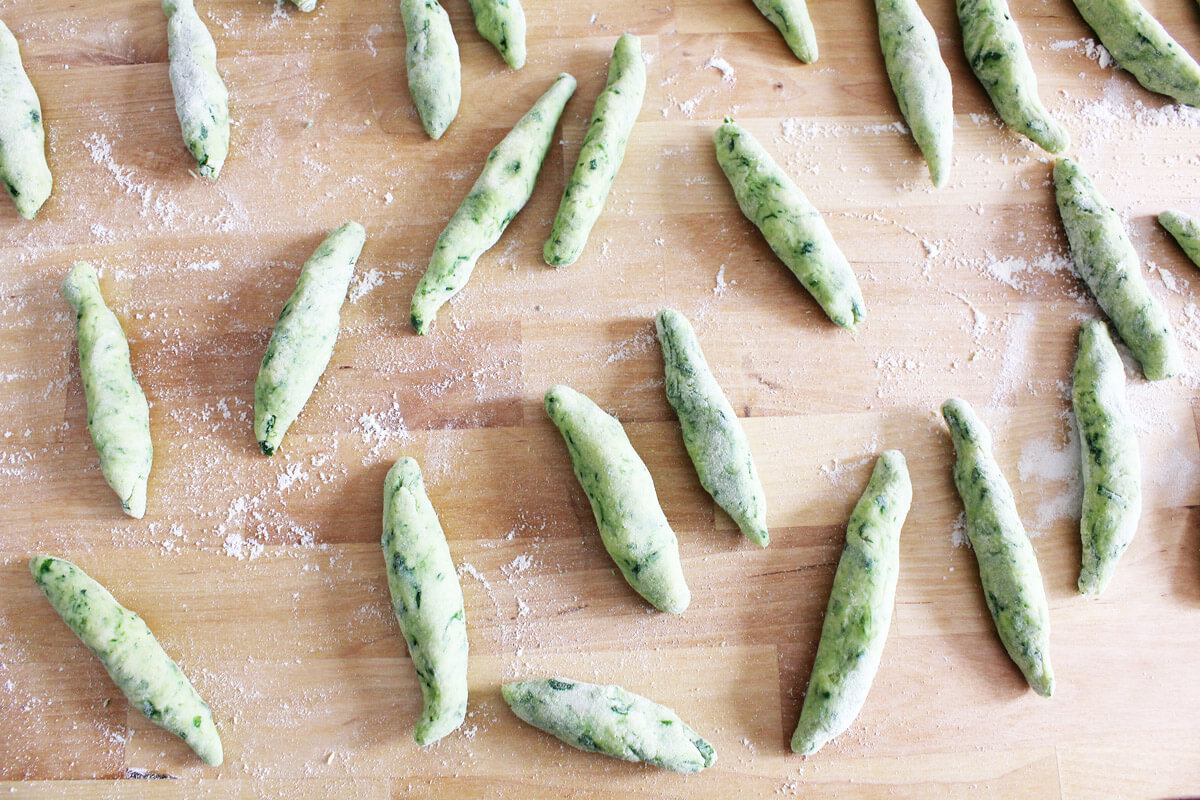 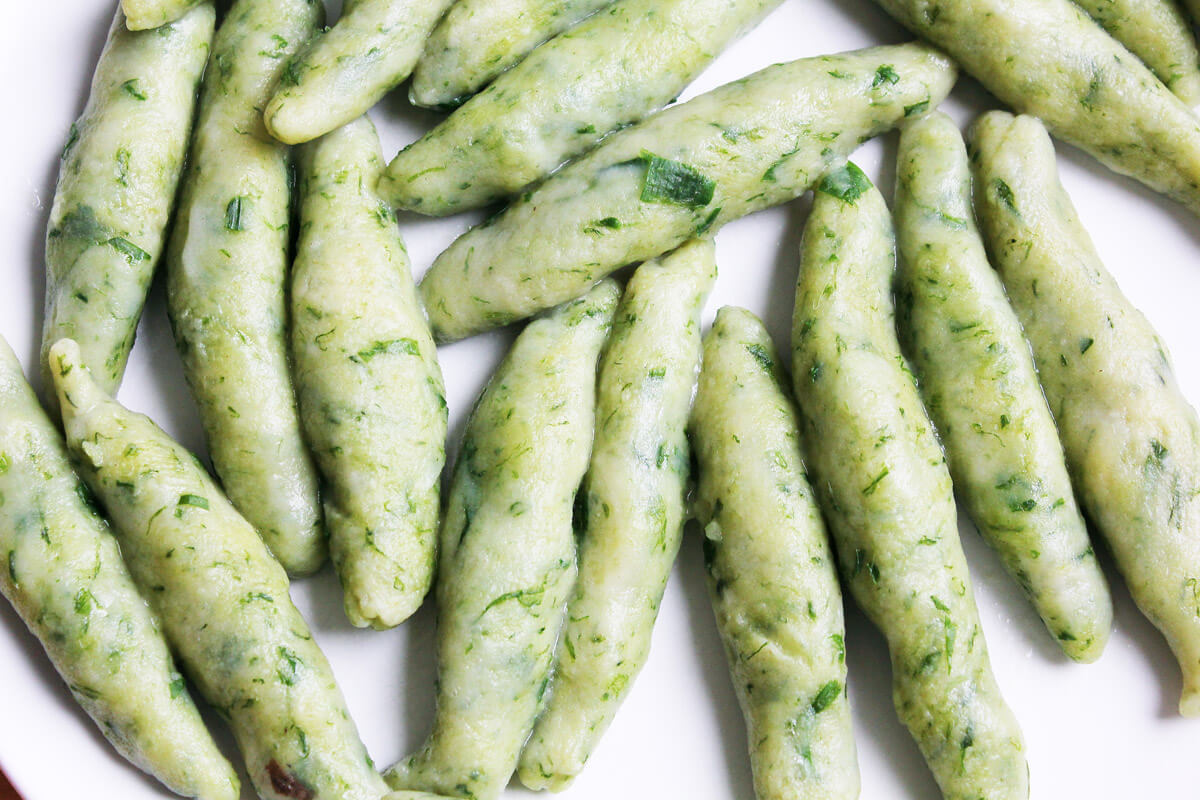