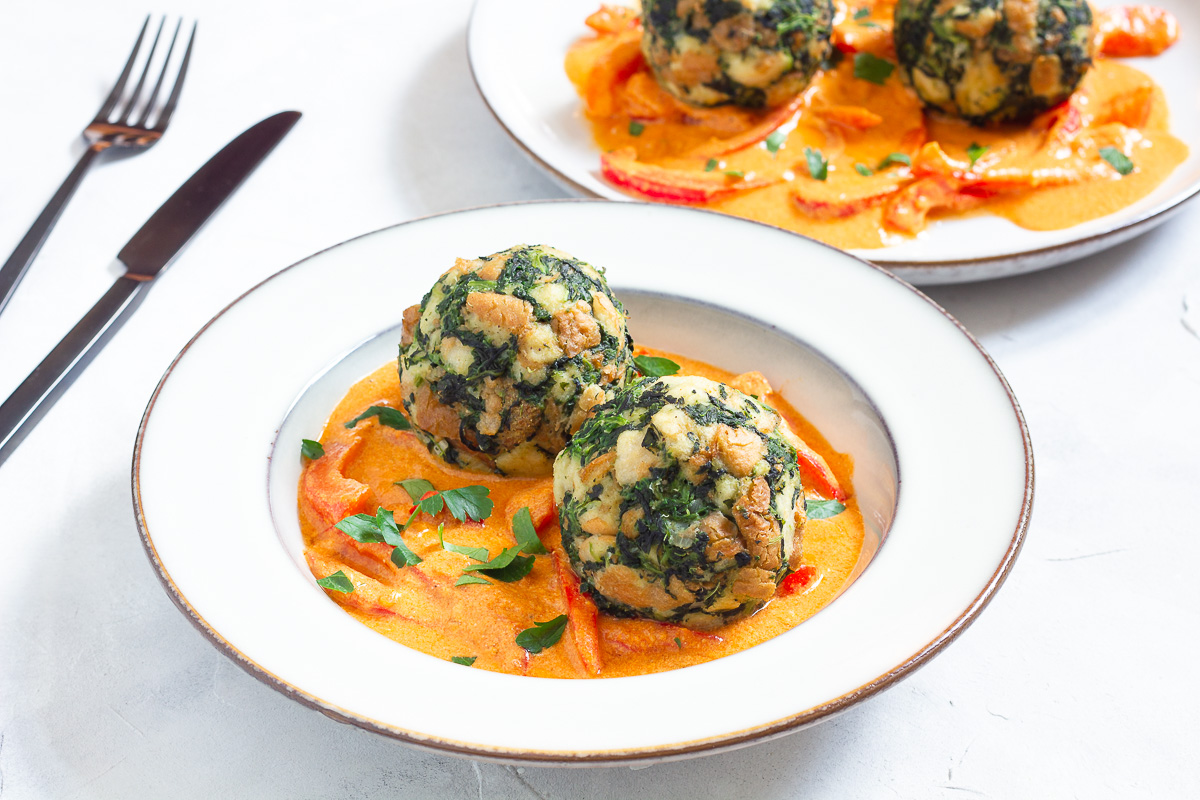 Even though we love all kinds of food from all over the world, we are always up for traditional cuisine from Germany or Austria. For example, dumplings. Just saying the word dumpling to myself while writing this makes me hungry again.

So after the basic version of bread dumplings and Tyrolean bacon dumplings, today we present vegan spinach dumplings. We serve the juicy dumplings with a red pepper cream sauce. It’s a great combination in terms of taste. But also visually. Green balls on a orange-red ground. 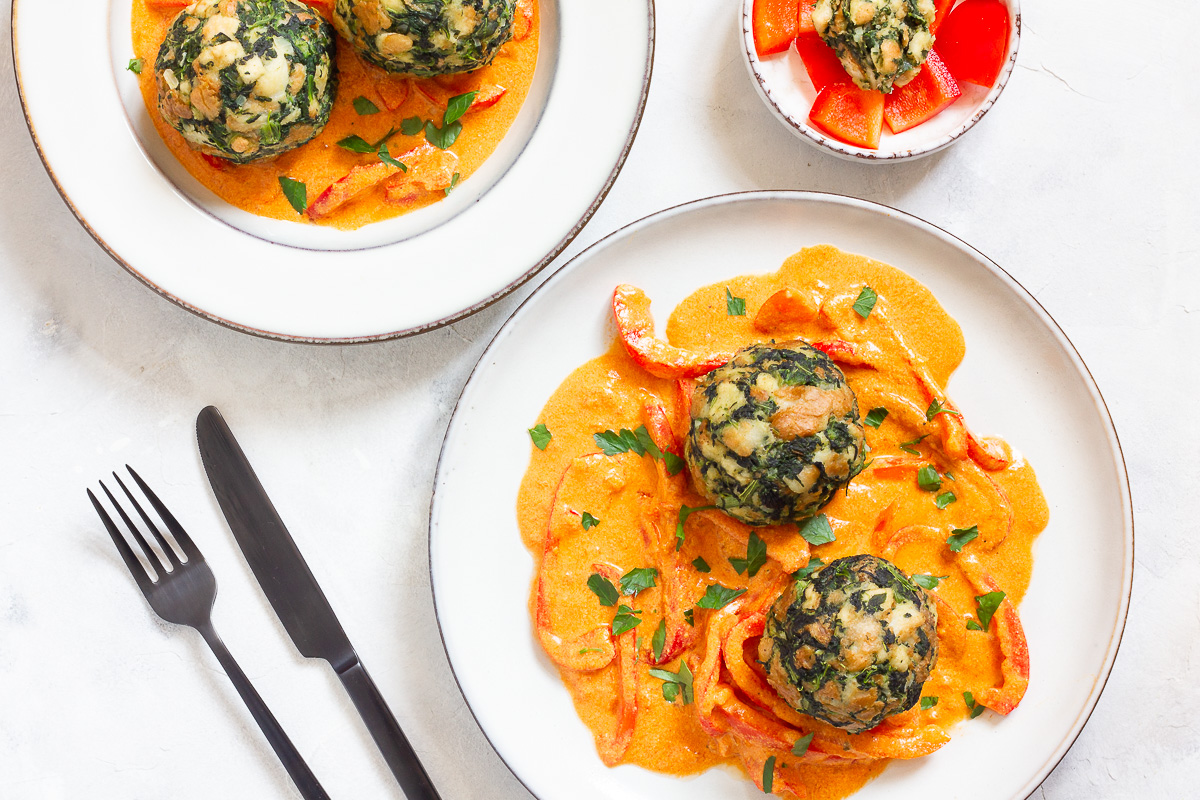 Different types of bread absorb liquid differently. If the dumpling mass is too moist, simply add some breadcrumbs. If, on the other hand, it is too dry, add a little bit of soy milk.

Grace Jones is a Jamaican-born artist who became famous in the disco movement of the late 70s. However, she never settled on one style of music. As a performance artist, she has also repeatedly criticised traditional role models, what we of course like.
(Would you like to listen to all the songs for the recipe? Find them collected in one playlist here) 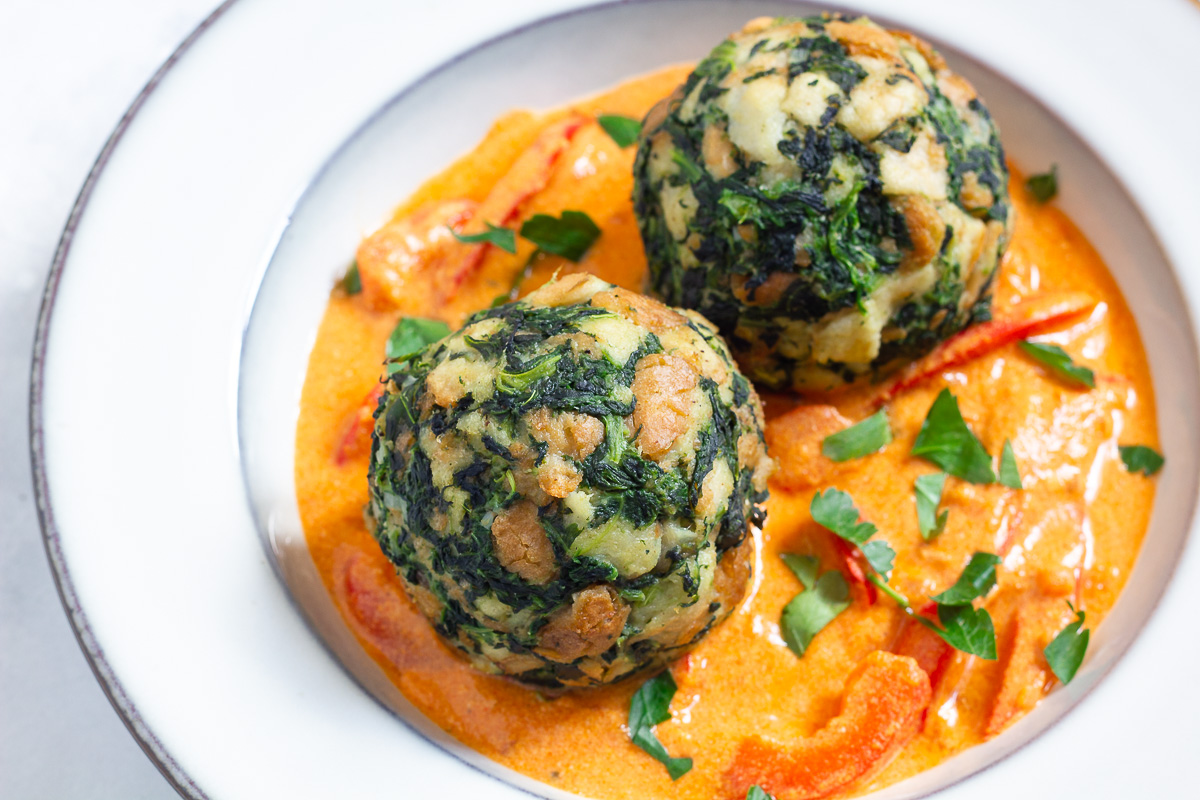 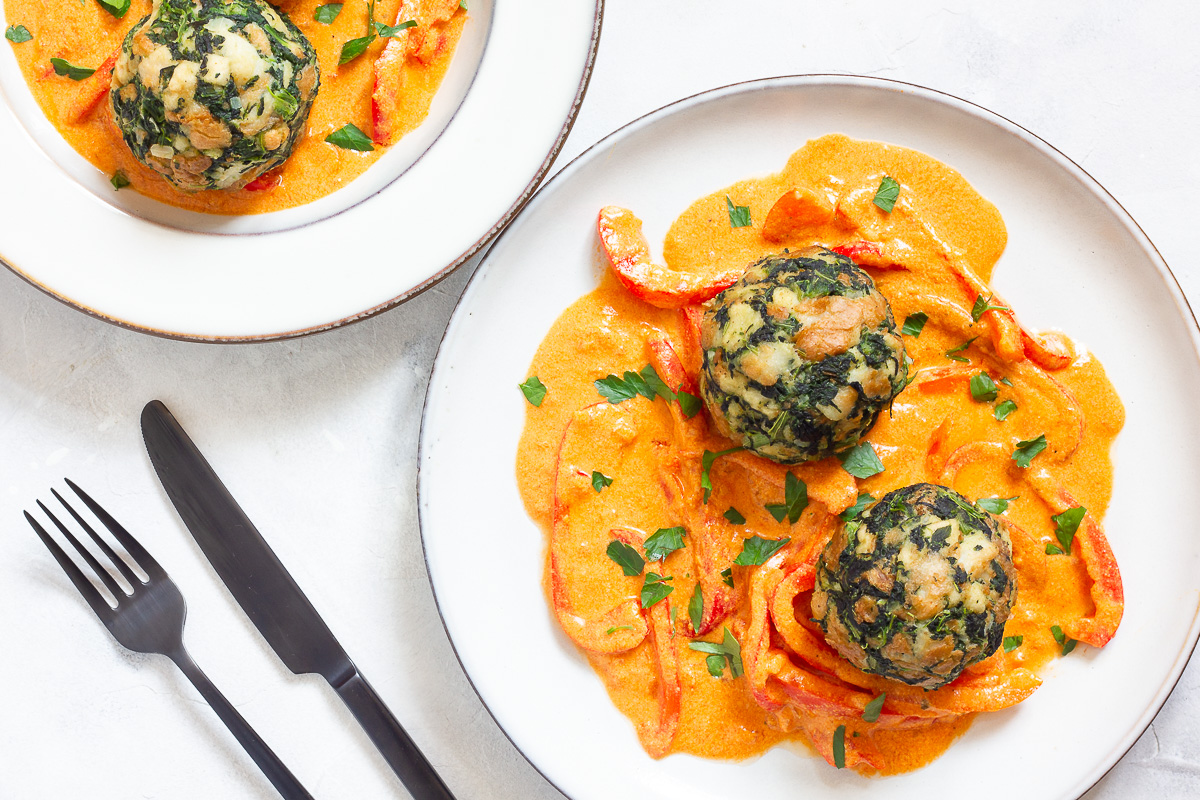