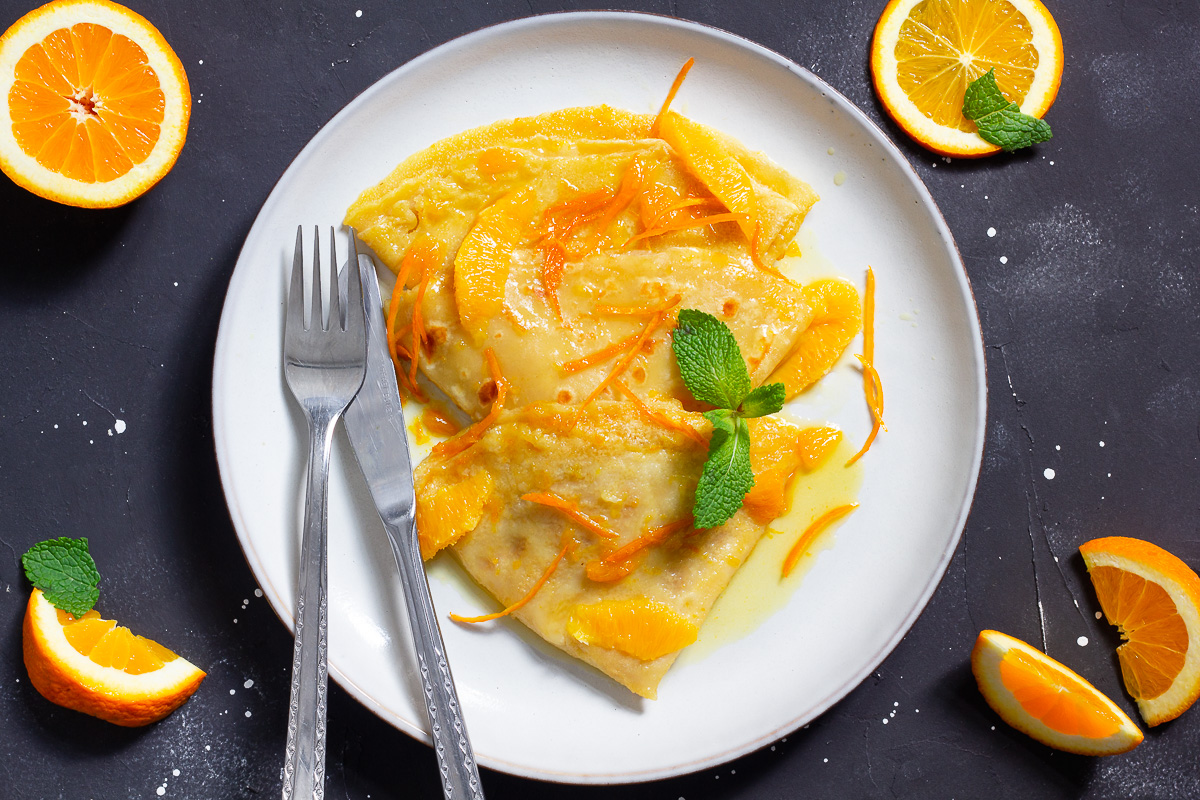 We recently had a large fruit box at home, filled to the brim with citrus fruits such as oranges, grapefruits and mandoras (apparently a mixture of oranges and mandarins). The tropical fruits grown in Europe were reason enough for us to take a look at a real classic of French cuisine. And after some research and two rounds of cooking, we were more than satisfied: we came up with delicious vegan crêpes suzette.

Crêpes suzette are thin pancakes flambéed in a sauce made mainly of orange juice and orange liqueur. Perfect, for example, as a dessert for the next visit of friends, because the flaming in the pan is a nice show effect. And don’t worry. The process is not really dangerous, especially if you use a long match or lighter to light it. Because the added alcohol is burnt up pretty quickly. By the way, flaming (or flambéing) gives the crêpes a wonderful caramelised flavour. So it’s not just about the look, but also the taste. 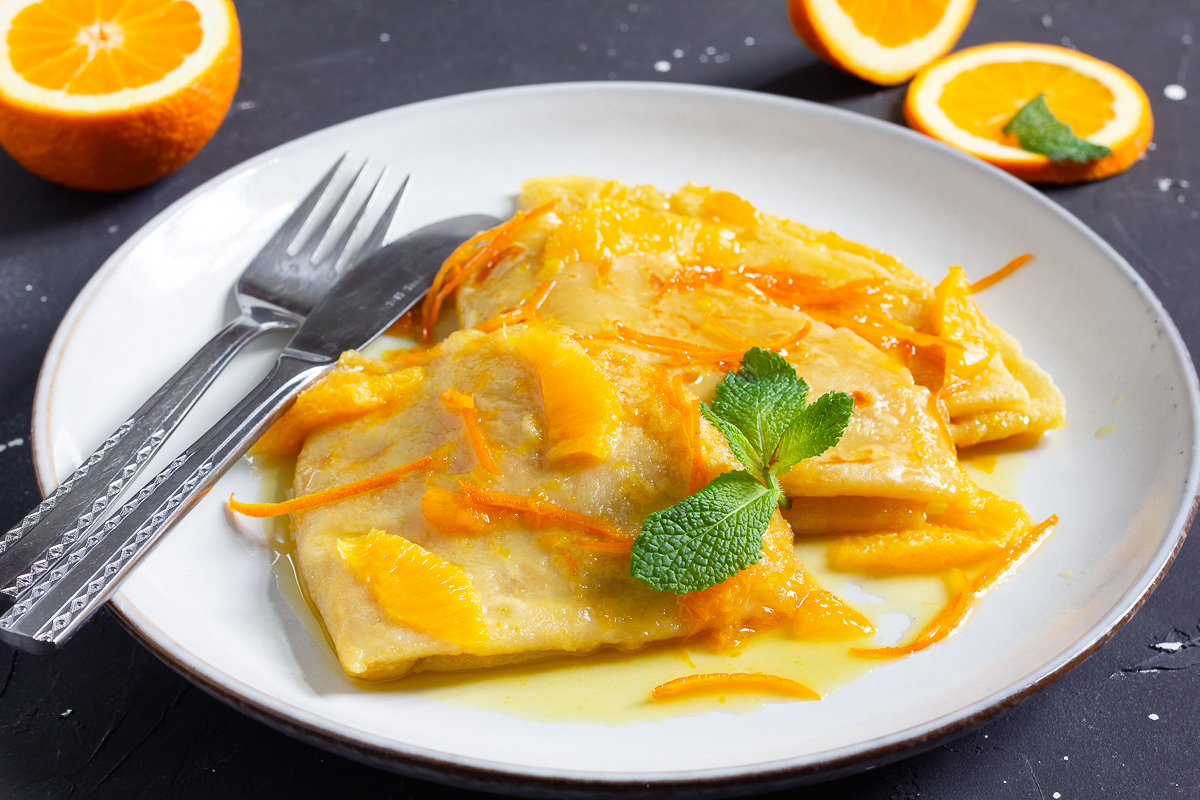 Try the crêpes with grapefruit or blood oranges instead of normal oranges. When testing the recipe, we mixed it up and found all versions delicious.

We serve relaxed French music with the French crepes. Bon appétit!
(Would you like to listen to all the songs for the recipe? Find them collected in one playlist here) 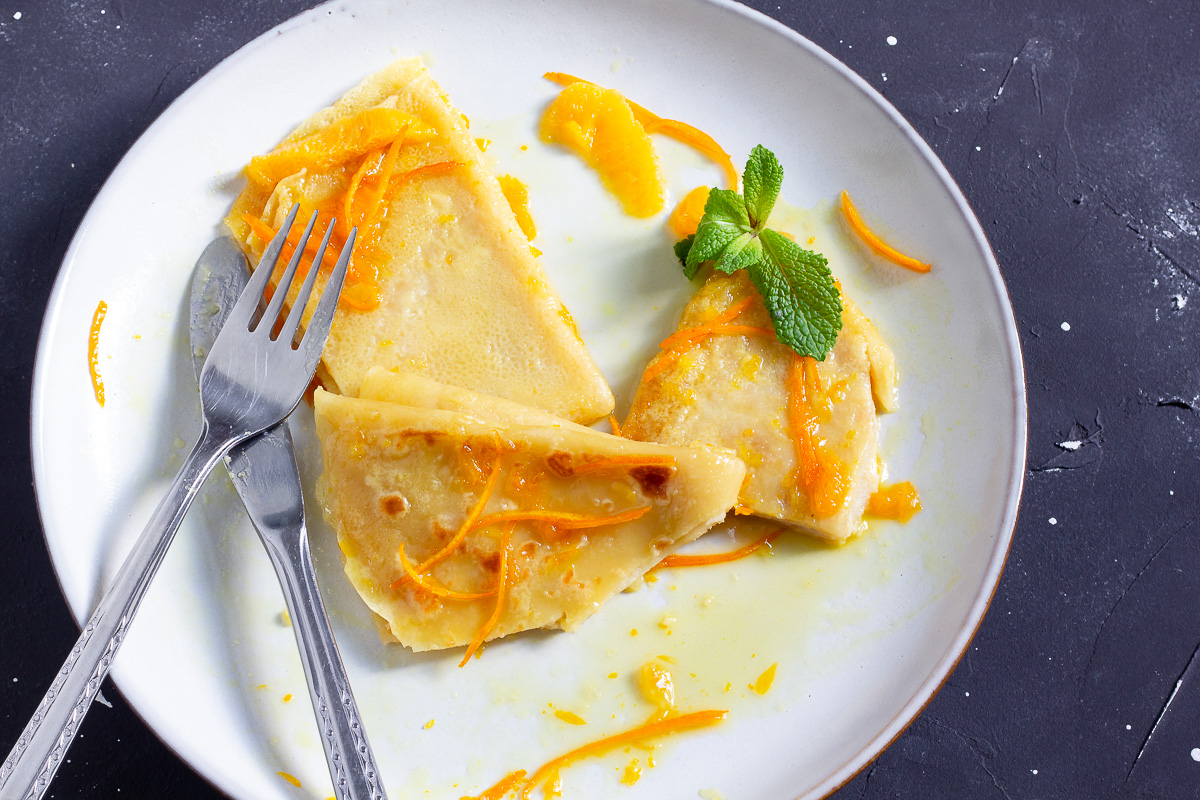 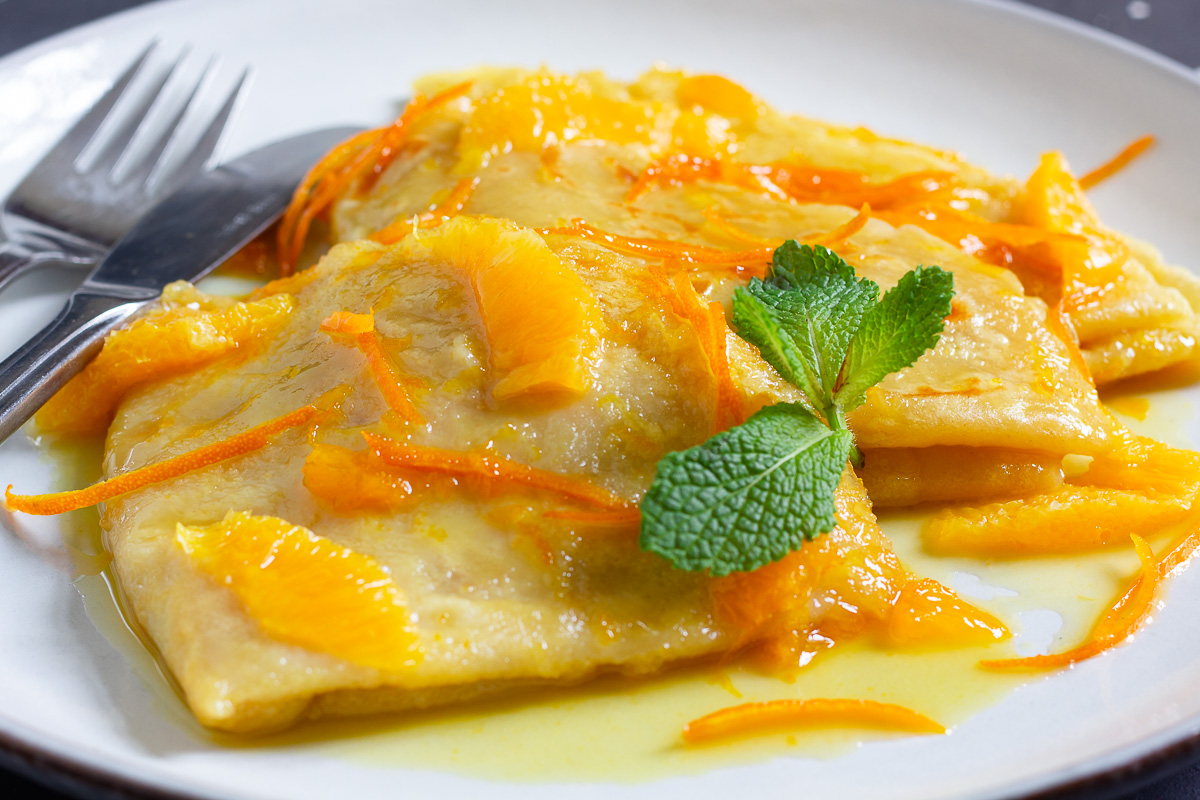