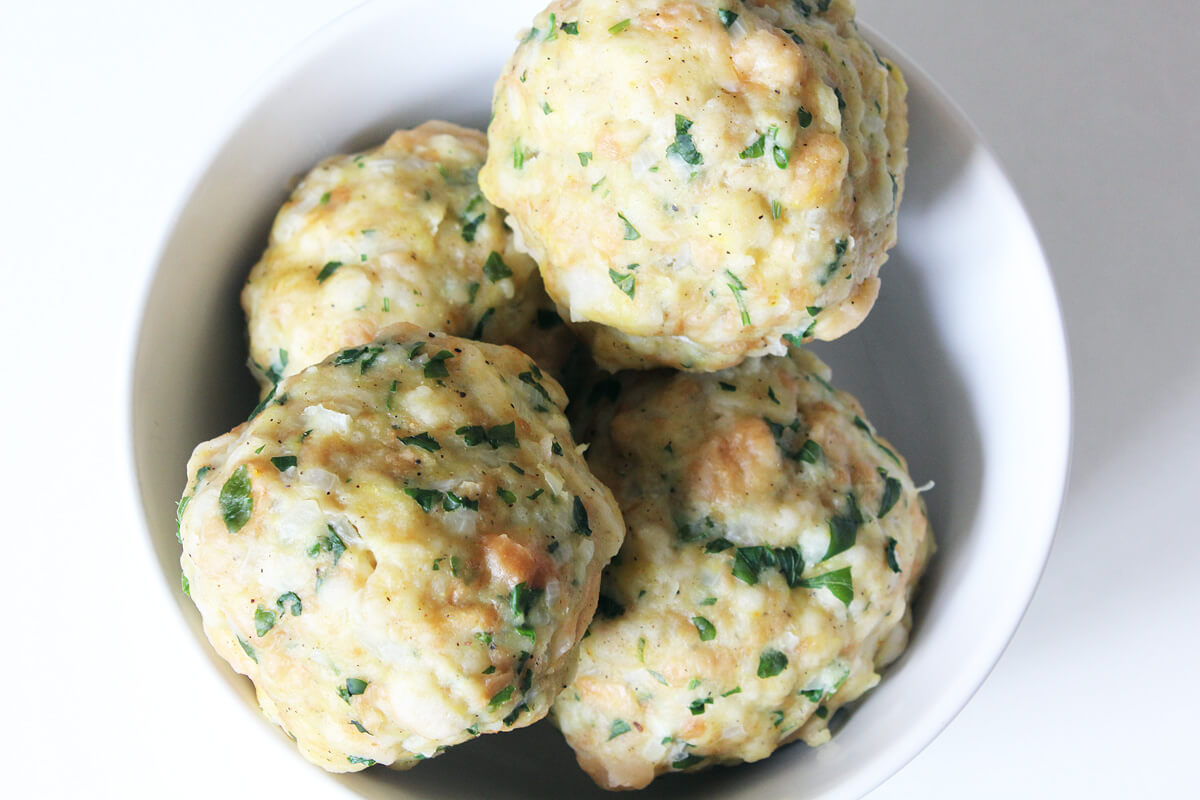 Today we provide you with a recipe representing our Southern German roots. Because at the latest in the winter time it’s dumpling time. Vegan bread dumplings (Semmelknödel) are notably perfect as a side dish with rouladen or hearty roasts. But alternatively you can enjoy them just on their own with a decent amount of sauce. Classic for that are creamy mushroom sauces like the one from our mushroom stroganoff.

For real good bread dumplings it’s very important, that they are not too firm and not too solid but still don’t fall apart in the water. The combination of soya milk and flour works like a natural glue and provides the binding without using eggs. If you want to play it safe, you can use vegan egg replacer or soya flour for an even stronger binding. When the dumplings have cooked until done, you can directly eat them straight away. But it’s also very tasty to slice and pan-fry the dumplings with some vegan butter until crispy from the outside. 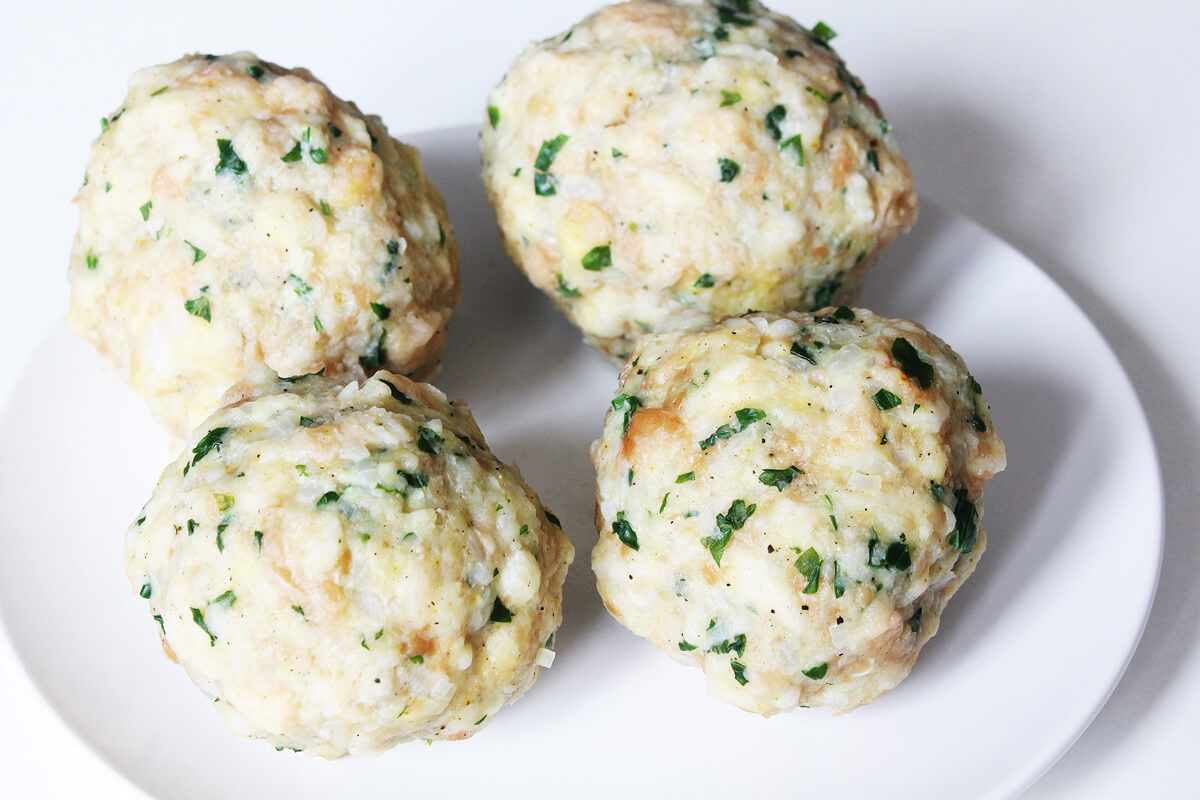 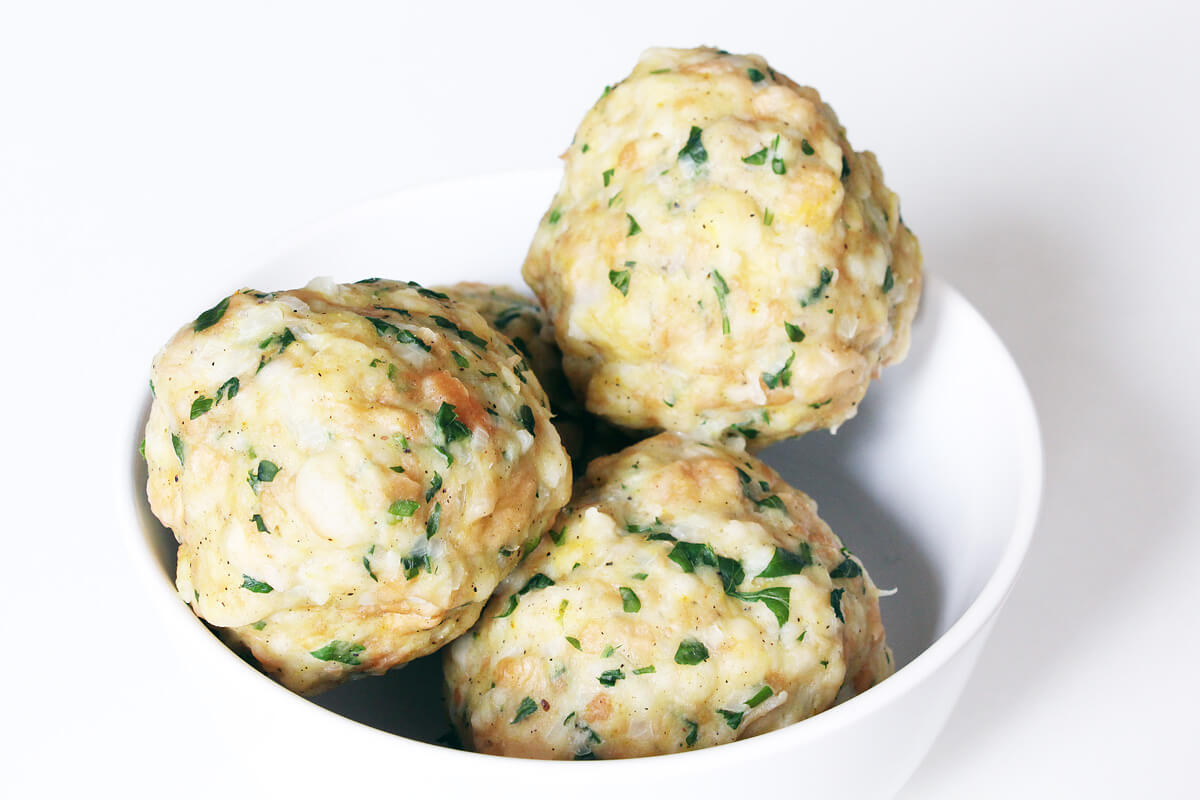