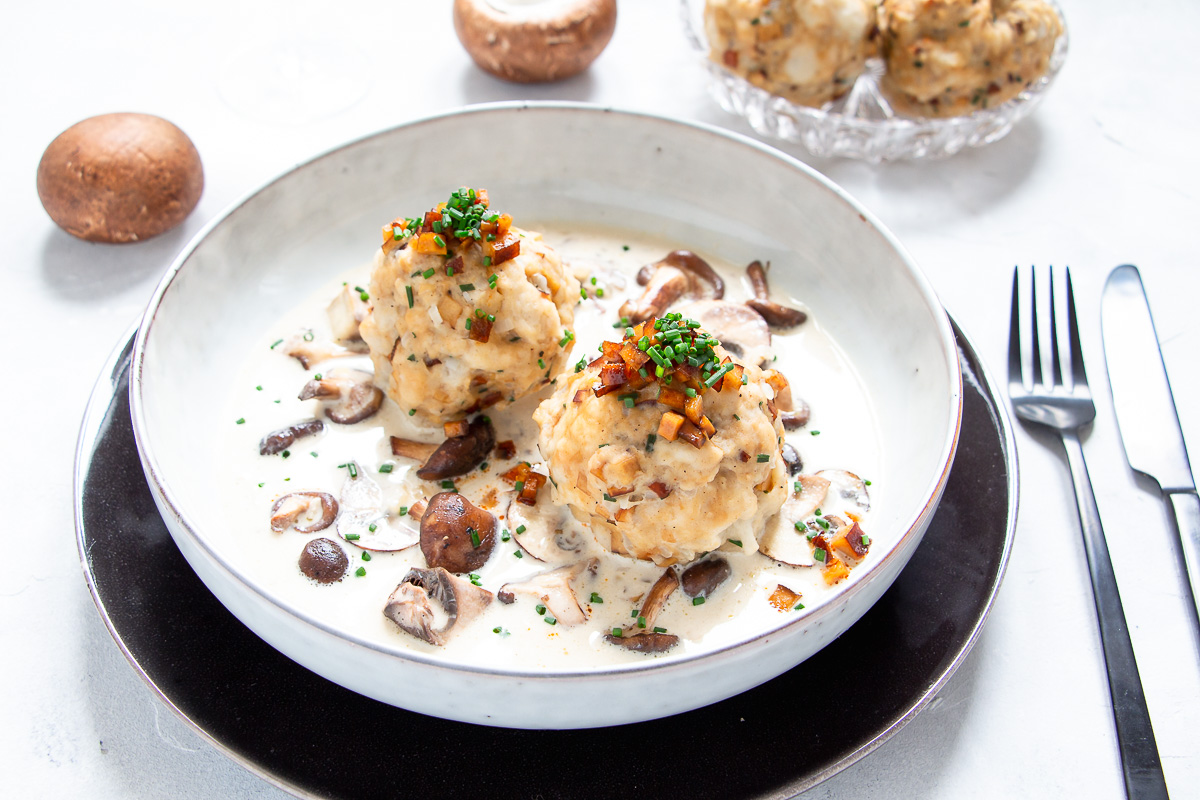 And with this hearty recipe, we are now really starting the autumn and winter season on the blog. A light summer meal definitely looks different. But when it rains outside and feels like it’s dark all day, such a hearty dish can put a big smile on our faces. Also because dumplings in all forms for us as southern Germans somehow automatically carry a feeling of home. 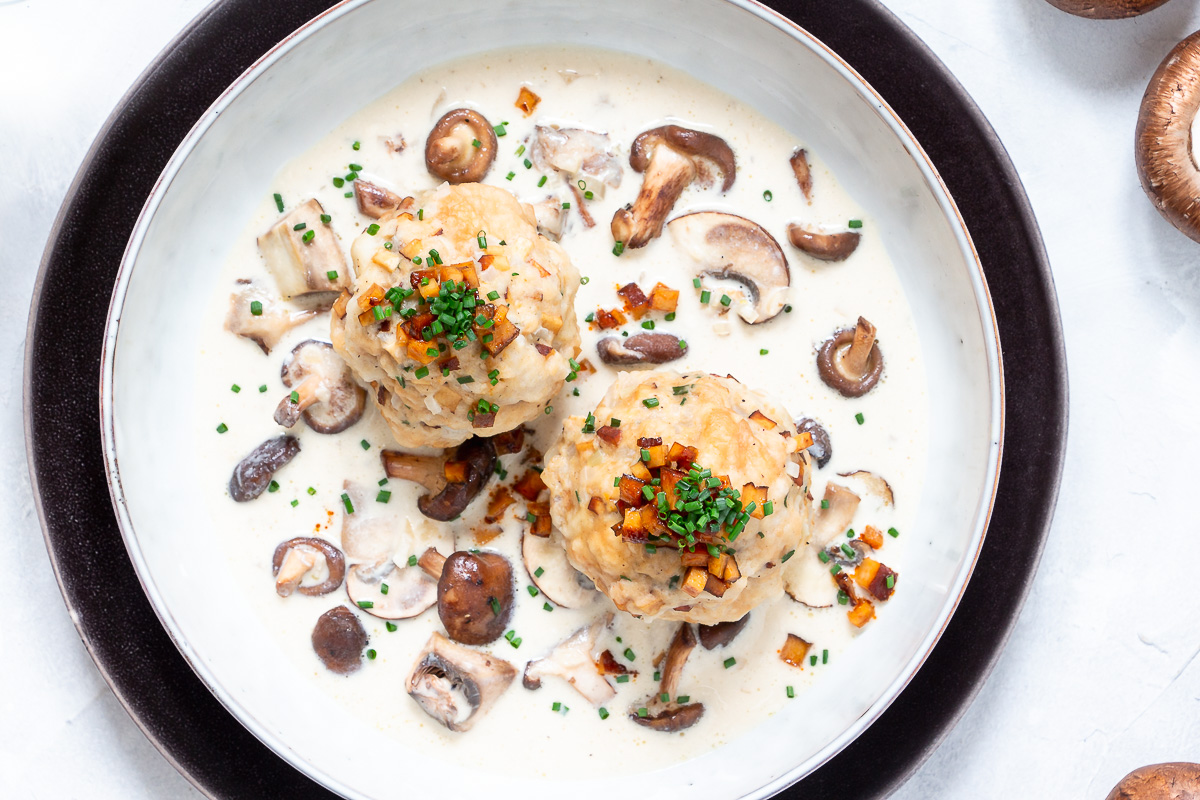 A cheaper option for store bought mushroom stock is the soaking water of dried mushrooms.

A beautiful, but also sad song, which is about male, sexually assaulting behavior and is based on a true story. As the singer herself once explained at a concert, the chorus line “you should get out of town too” would have been the perfect answer to this behavior, which unfortunately didn’t came to her mind in the situation itself, but only later.
(Would you like to listen to all the songs for the recipe? Find them collected in one playlist here) 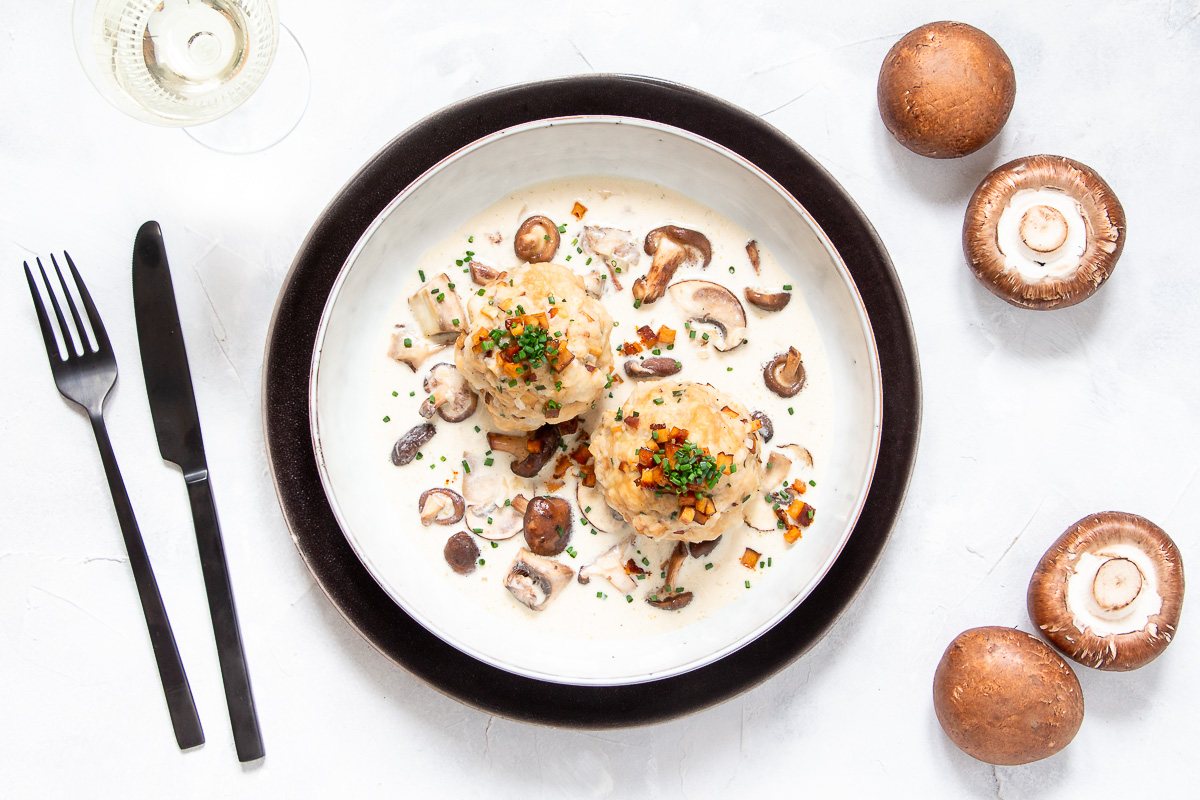 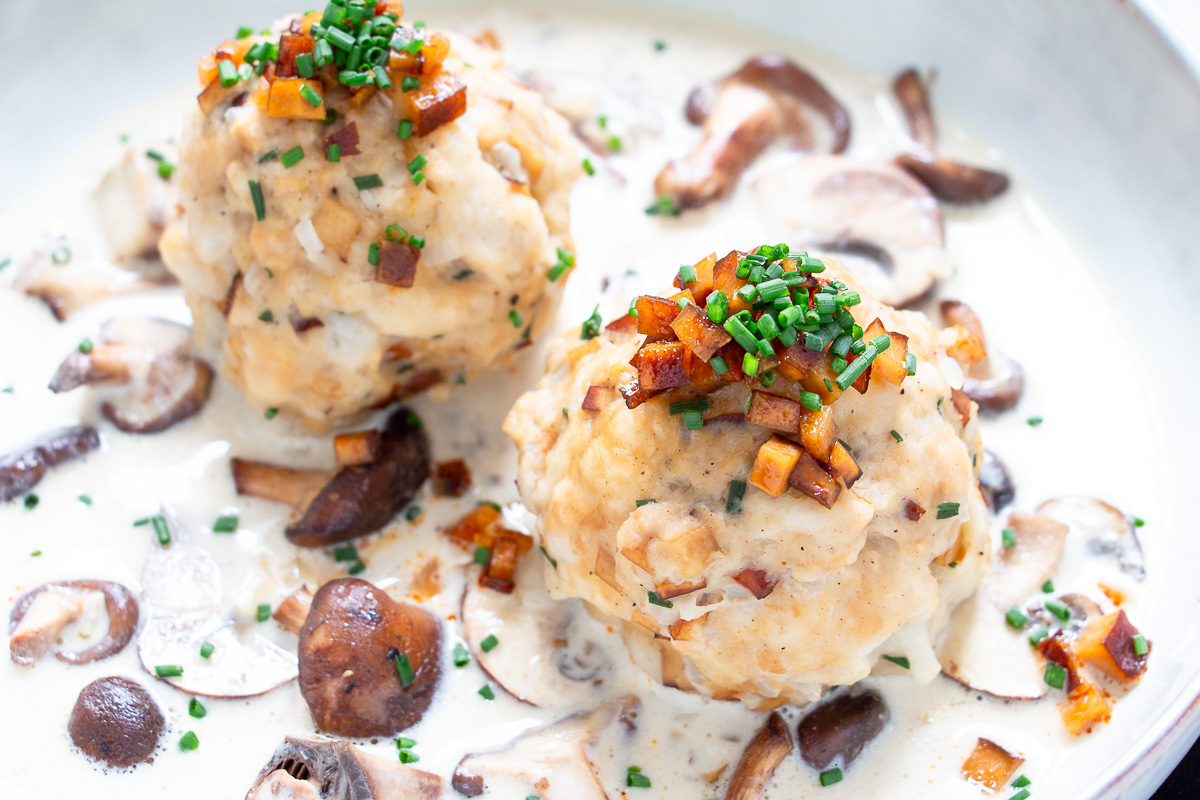 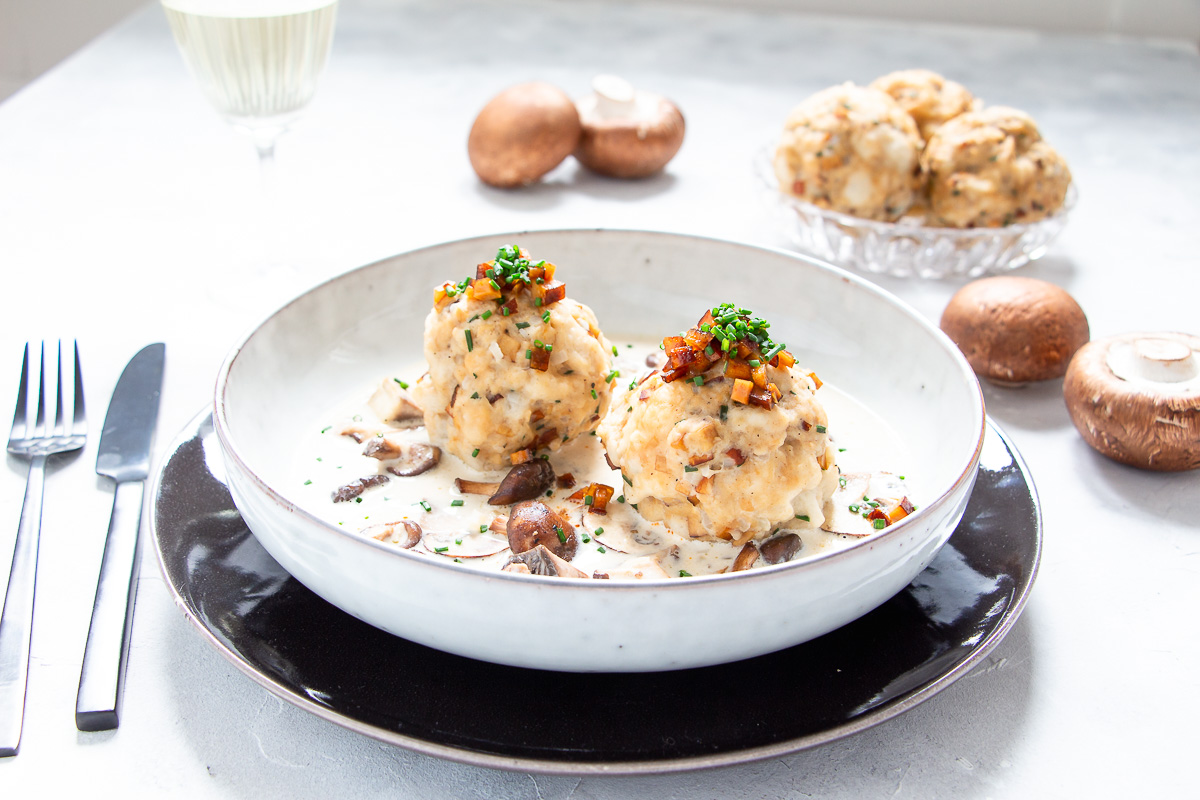 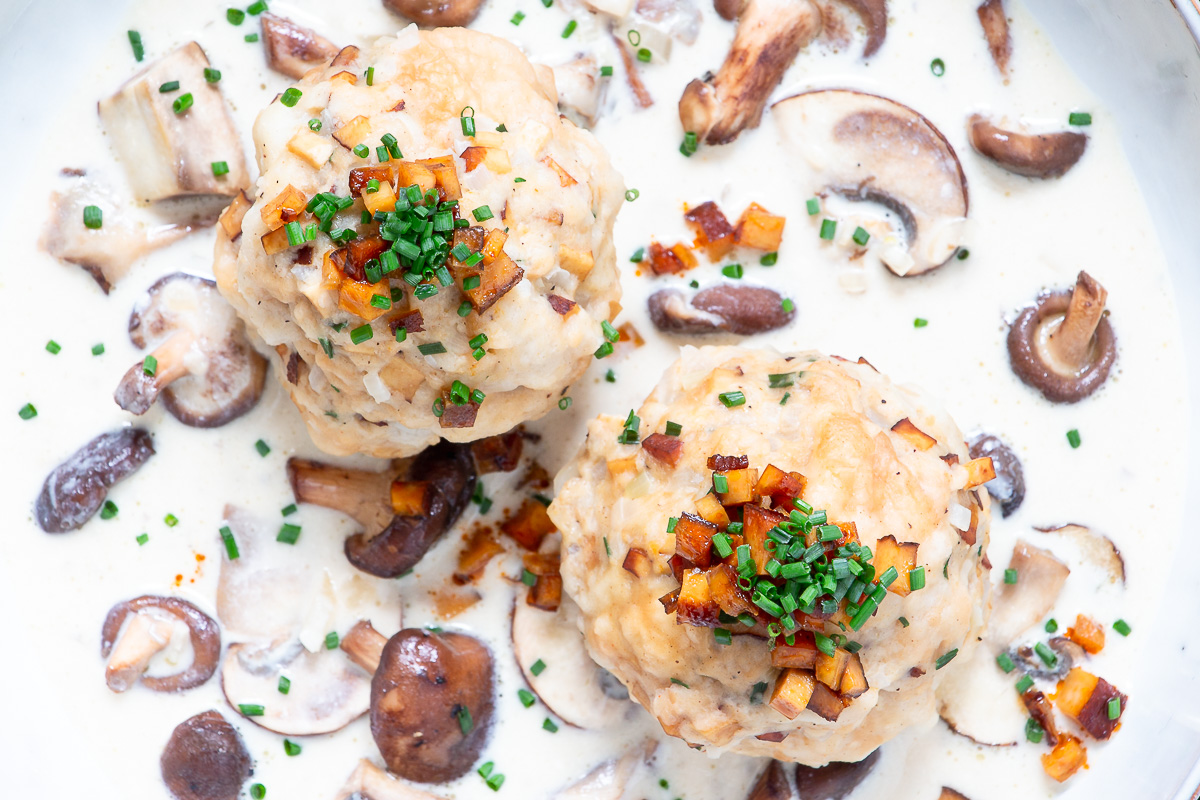