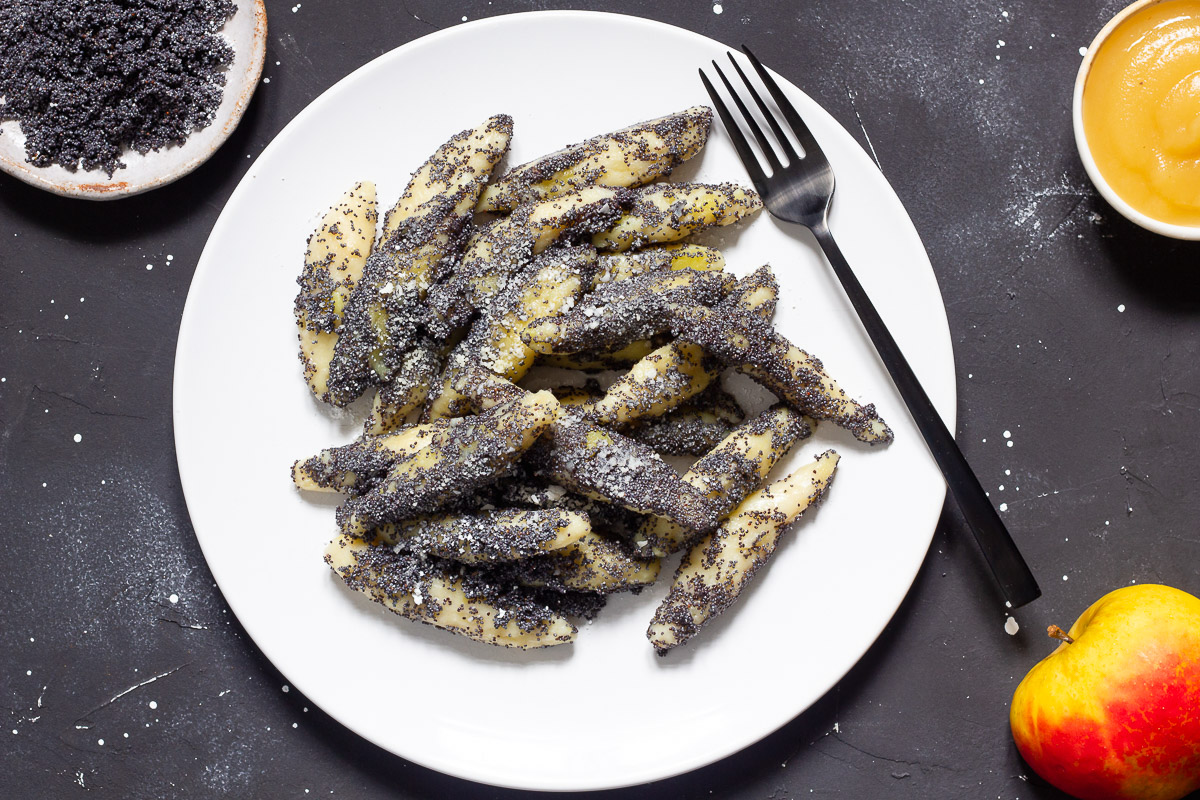 It’s getting sweet again on the blog. We have taken up a speciality of Bohemian and Austrian cuisine and cooked vegan poppy seed noodles. These are a kind of noodles made from potato dough (vegan potato dumpling fingers), tossed in the pan with butter and poppy seeds and served with a dusting of icing sugar.

Just like other classics such as Kaiserschmarrn or Germknödel (Austrian yeast dumplings), poppy seed noodles are not only served as a dessert, but also as a sweet main course. The portion sizes therefore refer to large, filling portions.

The poppy seed noodles are also delicious with a little applesauce or plum jam.

Ton Steine Scherben around frontman Rio Reiser are one of the best-known bands of the German left-wing movement of the 70s and 80s. A little fun fact: the Green politician Claudia Roth was the band’s manager at the time.
(Would you like to listen to all the songs for the recipe? Find them collected in one playlist here) 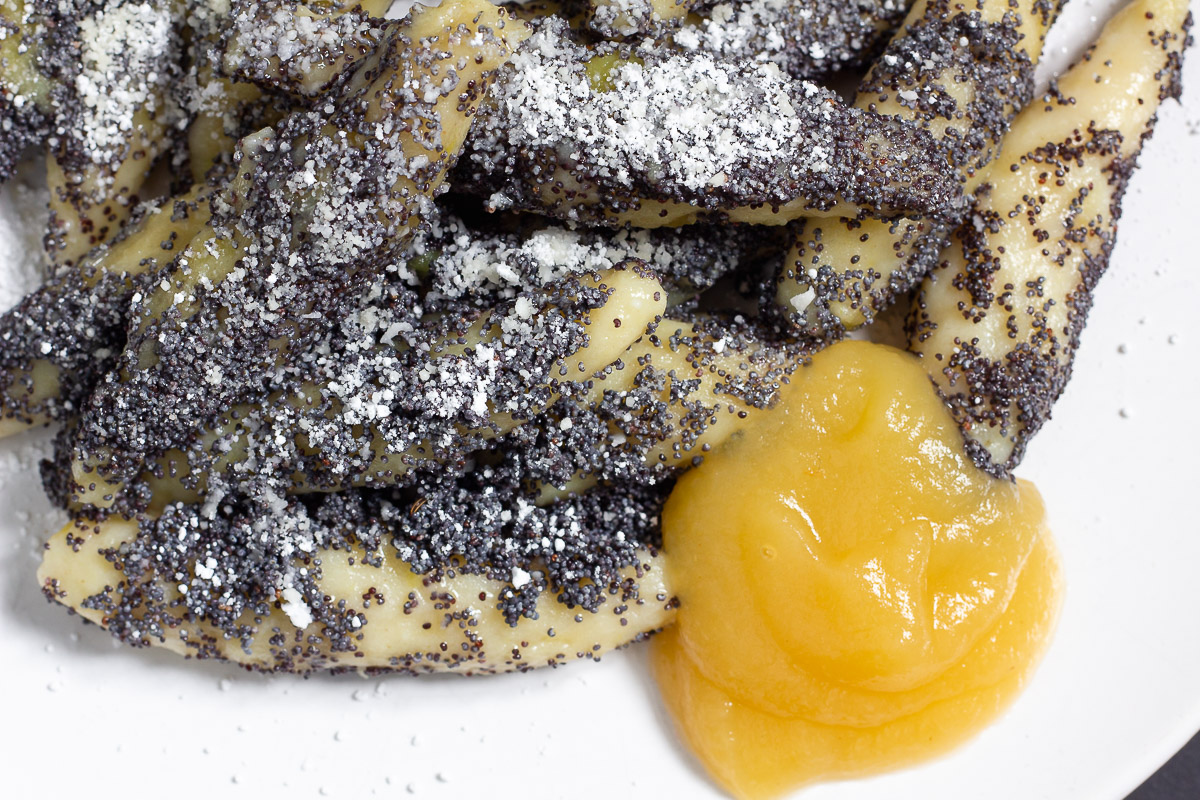 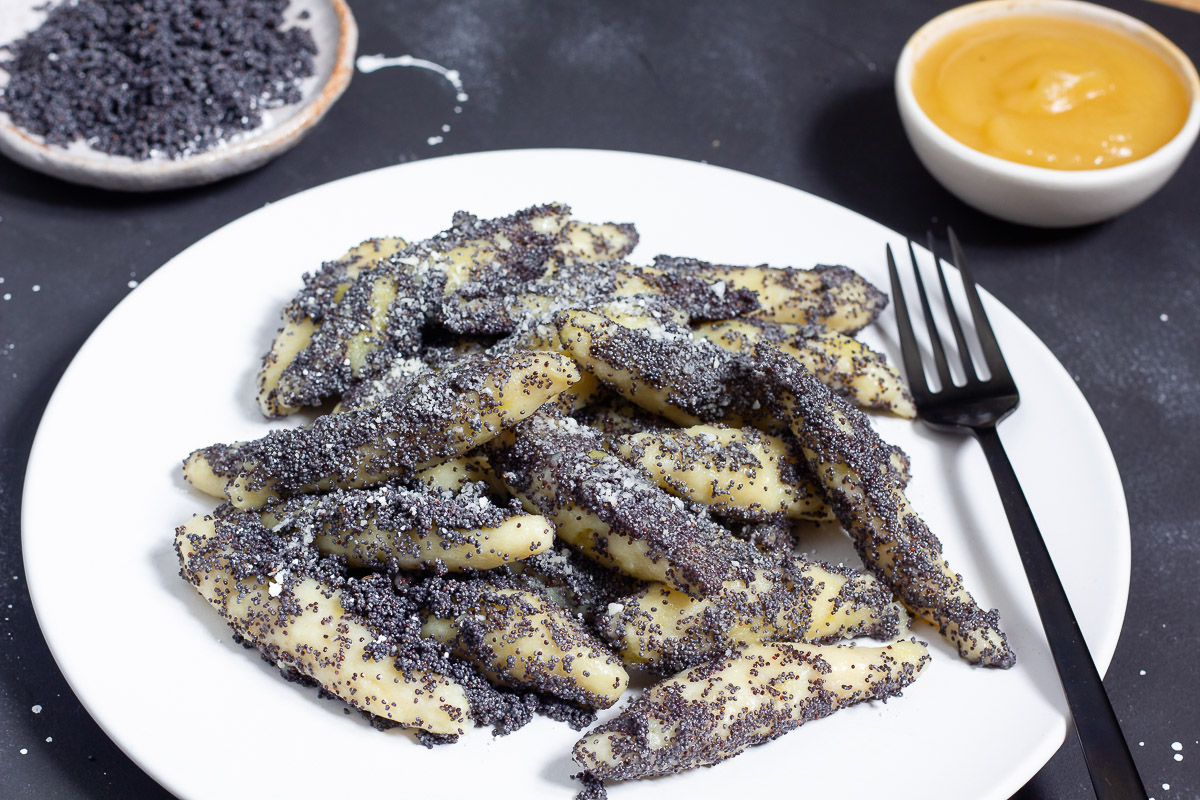