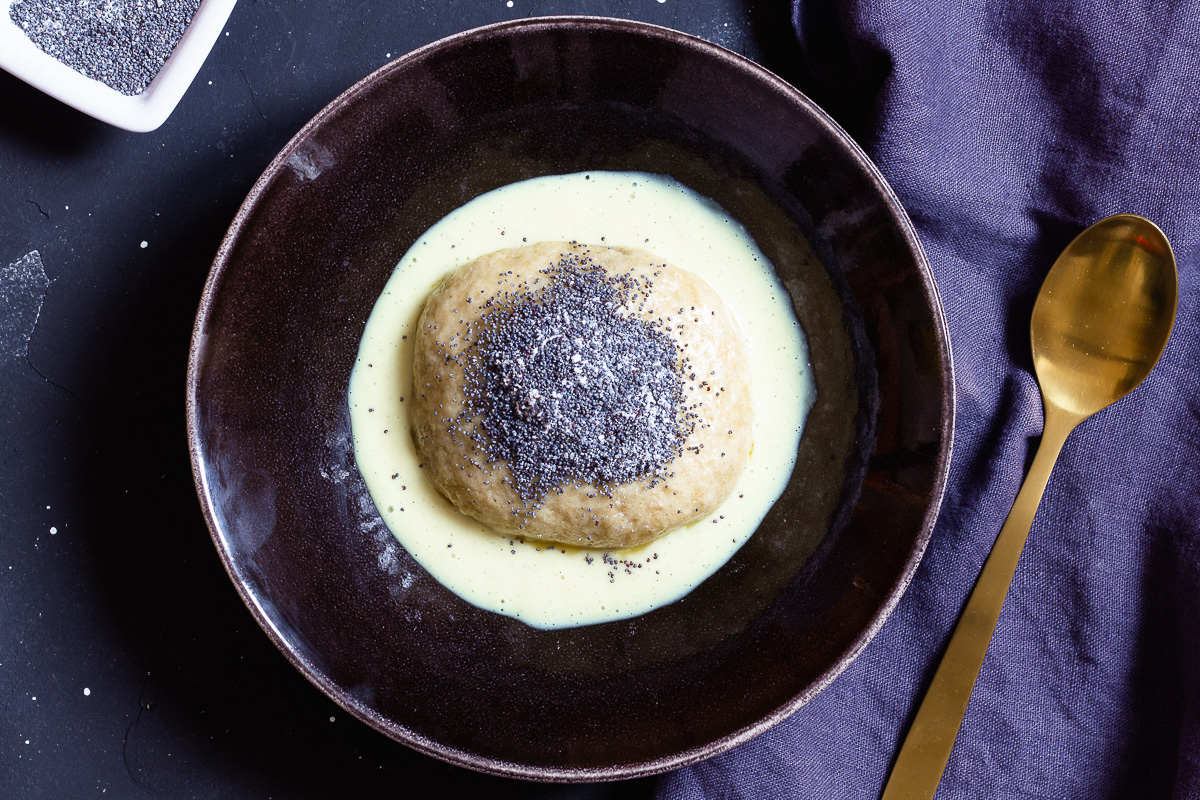 Even if for various reasons (including the high water and electricity consumption due to the artificial snowmaking that is required almost everywhere) the days of classic ski holidays are long gone for us, it does not mean that we want to pass on the traditional ski hut food from Austria. One of the absolute classics are definitely steamed yeast dumplings. Yeast dumplings are sweet, spherical yeast dough dumplings that are filled with plum jam (“Powidl”) and then steamed or boiled in salted water. The sweet dumplings are then served with melted butter and sprinkled with poppy seeds and sugar. Germknödel are often served with vanilla sauce as well. We serve our vegan yeast dumplings exactly in this combination.

The preparation is not complicated at all. First, a sweet yeast dough is made from plant milk, flour, yeast, vegan butter and sugar. As usual for yeast dough, it has to rise for about an hour. Then balls are formed from the dough, which are flattened into discs. Now a spoonful of plum jam is placed on top and the edges are turned over and sealed. The filled dumplings are ready, and they can rise again briefly before they are cooked.

The vanilla sauce is quickly made from plant milk, vanilla, some cornstarch and sugar. For a nicer colour, we also add a pinch of turmeric powder. In terms of taste, turmeric is completely irrelevant and can therefore be left out without any problems.

As a topping, some melted butter (of course the vegan version), poppy seeds and powdered sugar are added to the yeast dumplings. The local ski hut meal is ready. And with that, after all the snow of the last few weeks, we feel like we’re on a big ski holiday even here in Berlin. 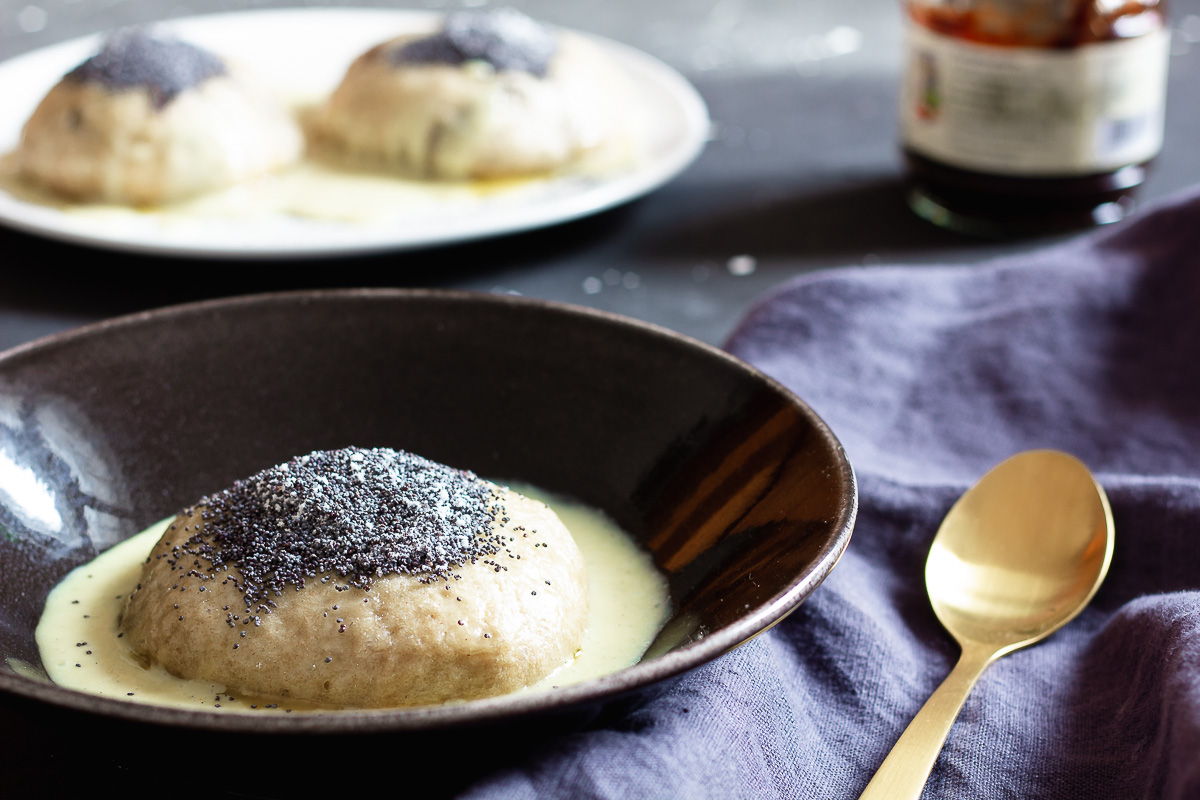 Don’t worry, we haven’t picked an après ski hit as the song for this recipe. Instead we bring a wonderfully quiet song by Angus & Julia Stone to your ears. It is appropriately called Snow.
(Would you like to listen to all the songs for the recipe? Find them collected in one playlist here) 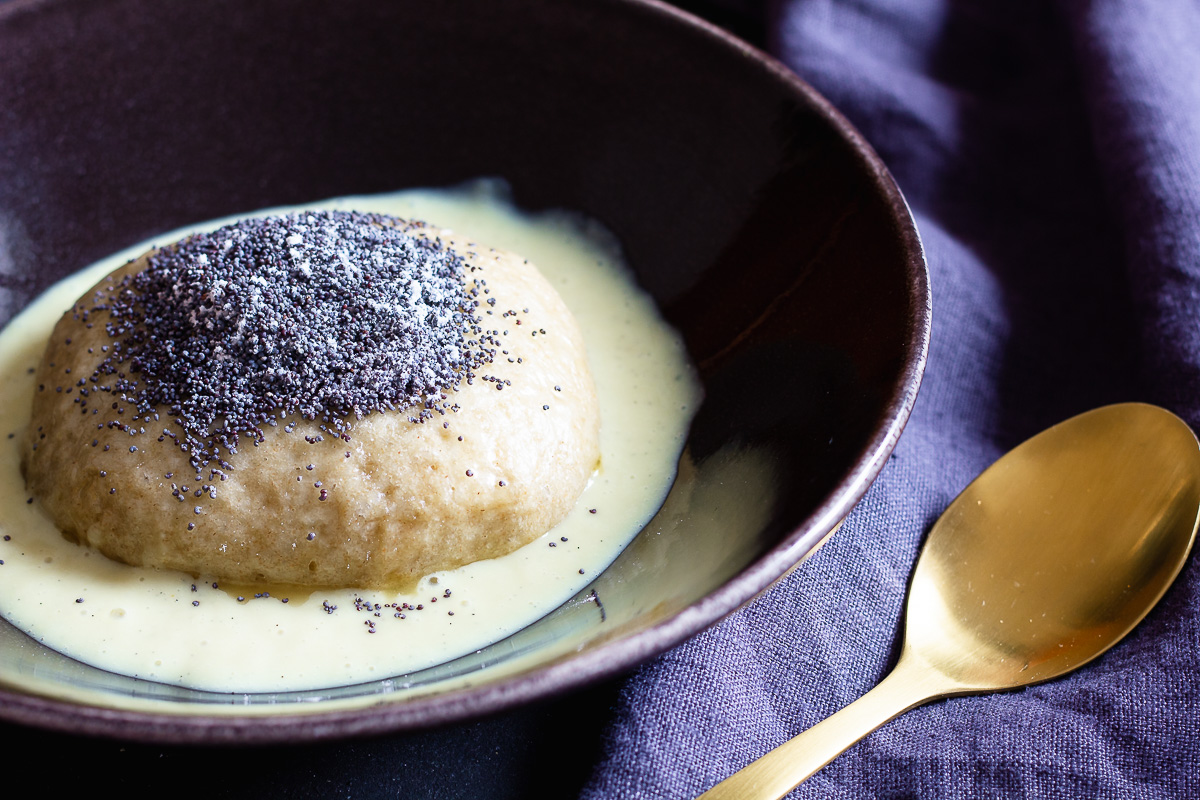 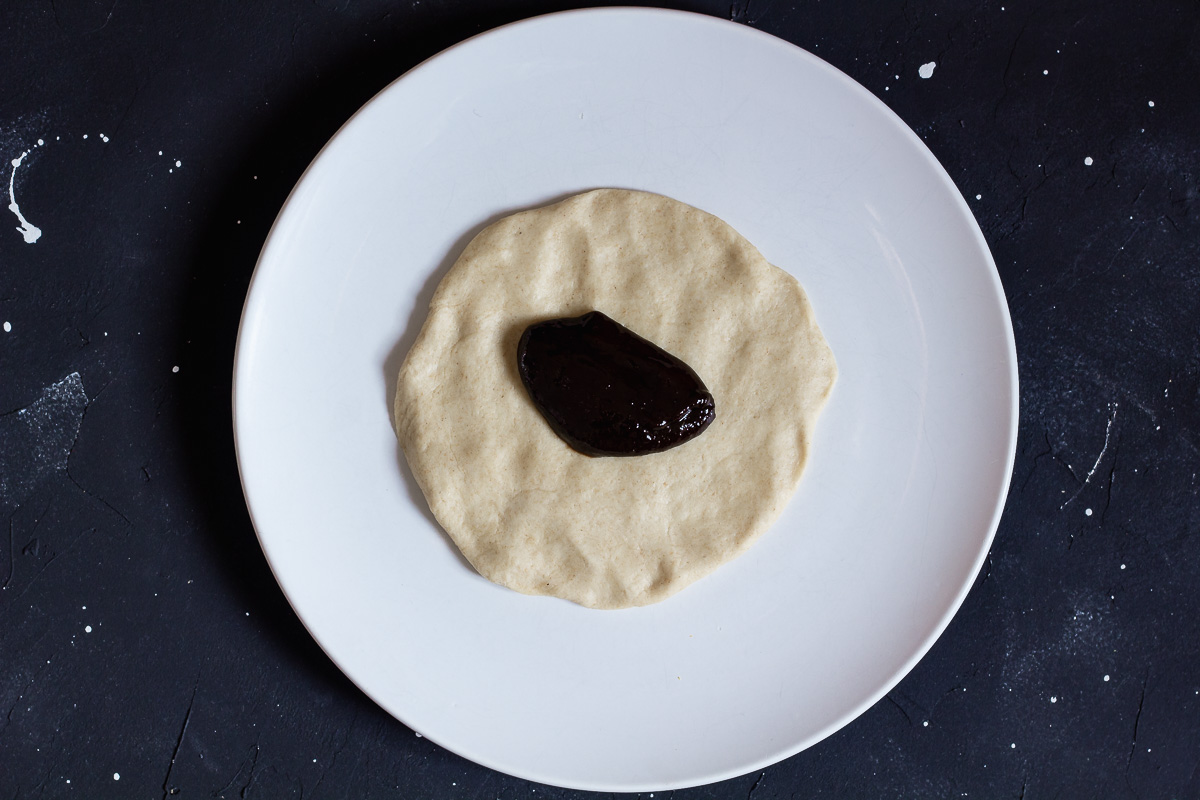 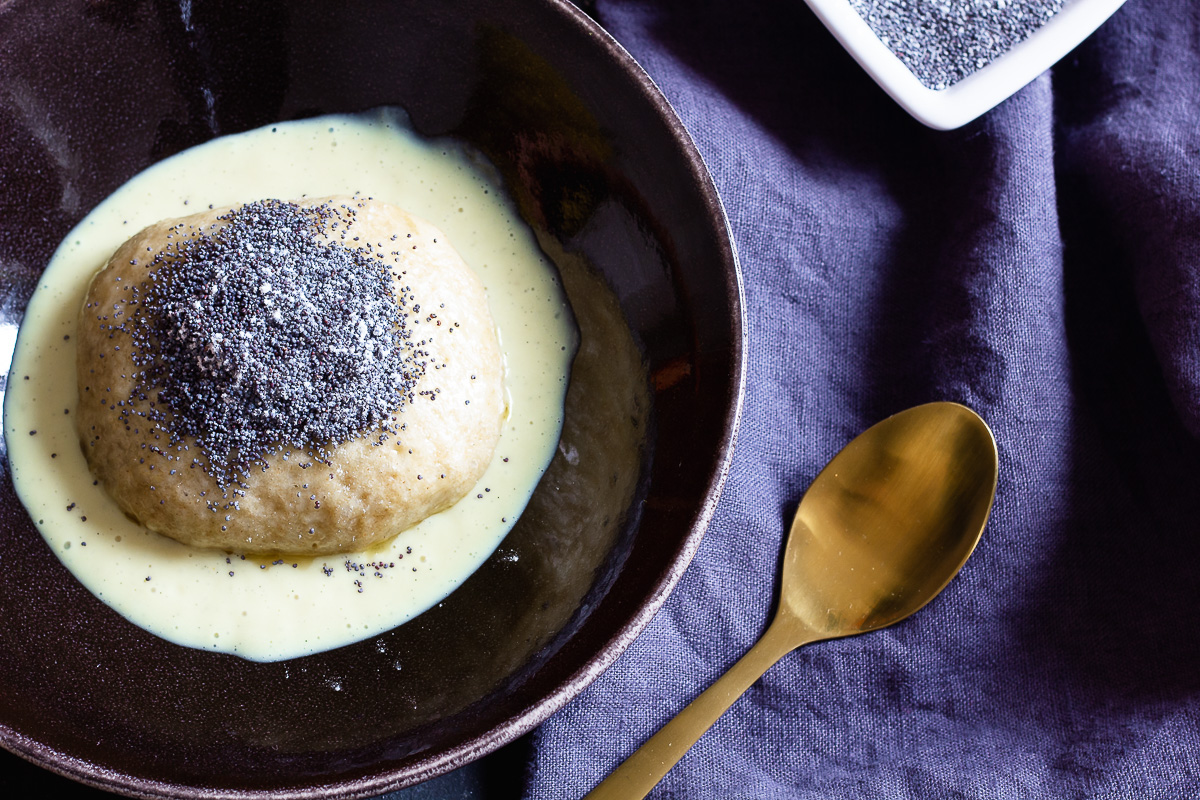