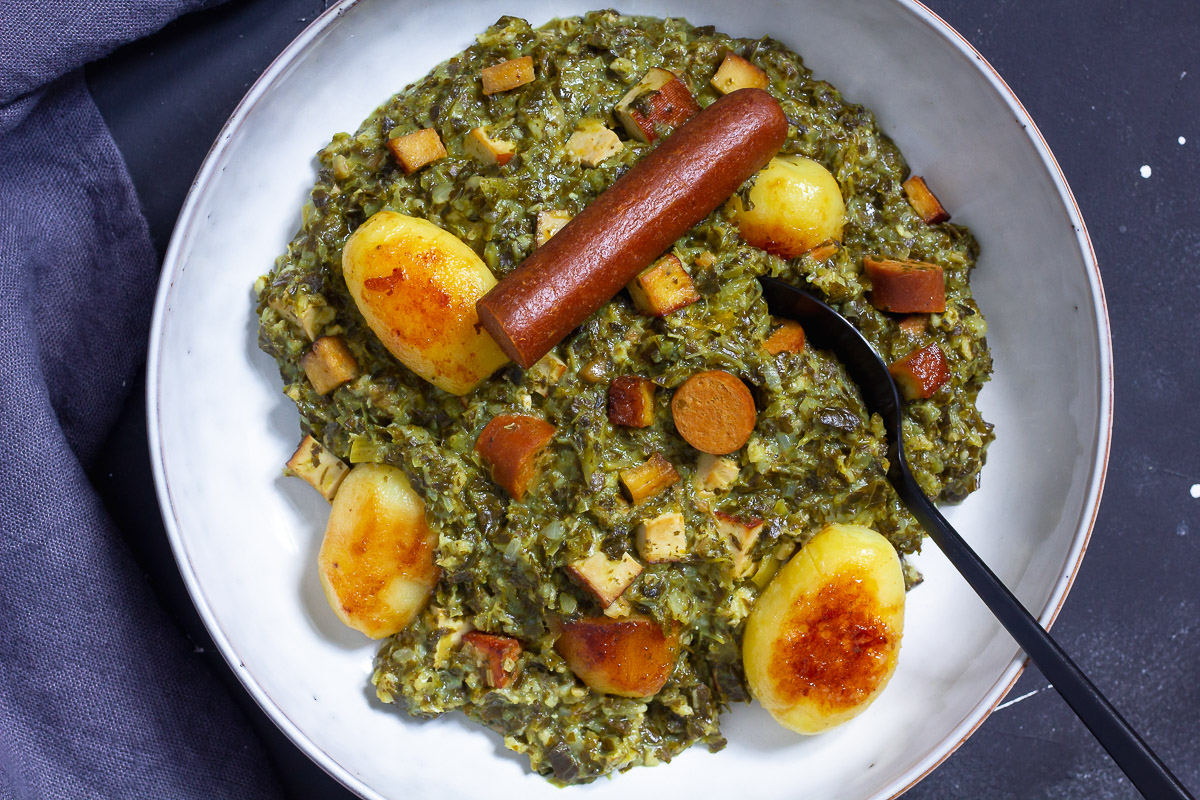 It’s cold outside and we’re getting cosy at home with a steaming stew. There is a vegan version of kale with spelt, which we prepare really hearty with smoked tofu and a few vegan sausages. This is accompanied by caramelised small potatoes, so-called triplets.

Kale is a classic winter vegetable and is in season right now. In Germany, the harvest period runs from around October to February. However, it is no longer quite true that kale can only be harvested and eaten after the first frost. Earlier varieties needed the cold and long cultivation time in the field to accumulate more sugar and counteract the bitter substances they contain. Today’s cultivars of kale usually already have enough sweetness from the ground up to be edible even before the first frost.

Especially in northern Germany, kale is very popular as a stew. Bremen and Oldenburg, for example, like to argue about who is the unofficial kale capital. And there is even a tradition of going on a communal hike to eat kale. We’ve heard that the cabbage tours or cabbage rides are a lot of fun. But we enjoy our vegan German kale stew with caramelised potatoes quite relaxed at home. It tastes delicious even without beer and grain. 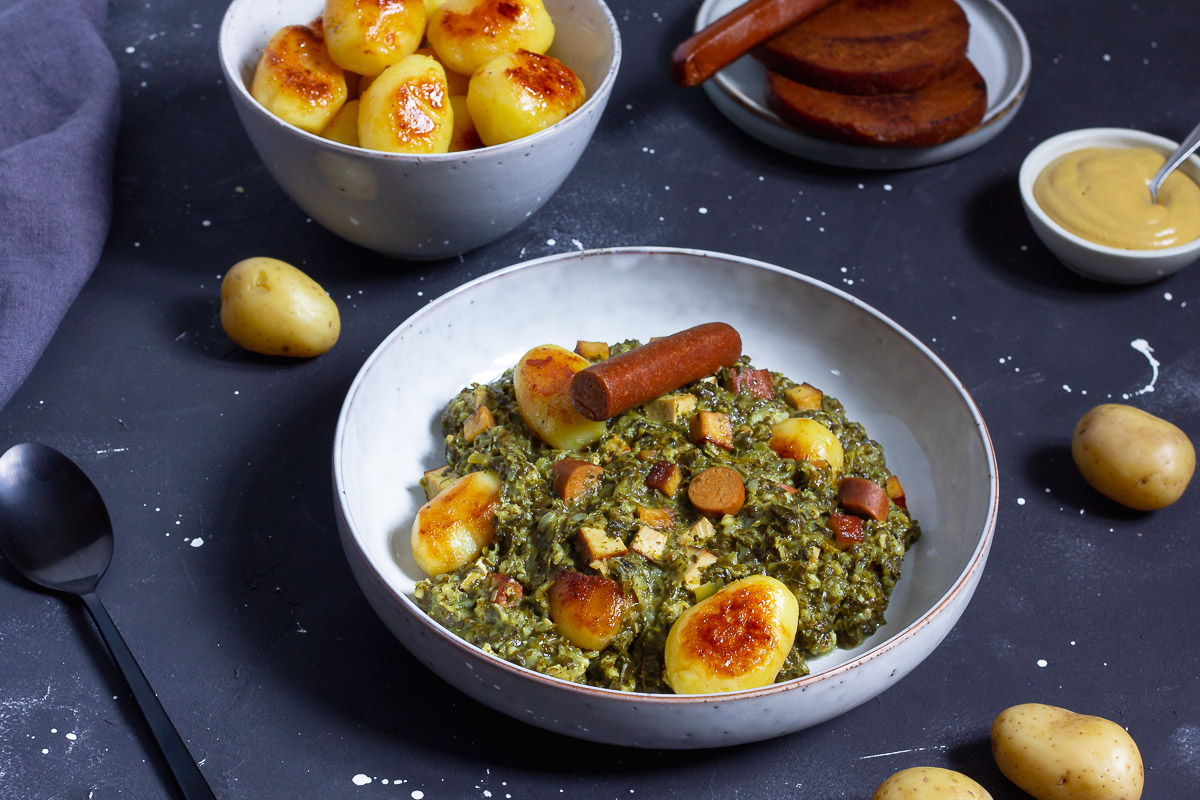 Melancholic singer-songwriter pop for the long, dark winter.
(Would you like to listen to all the songs for the recipe? Find them collected in one playlist here) 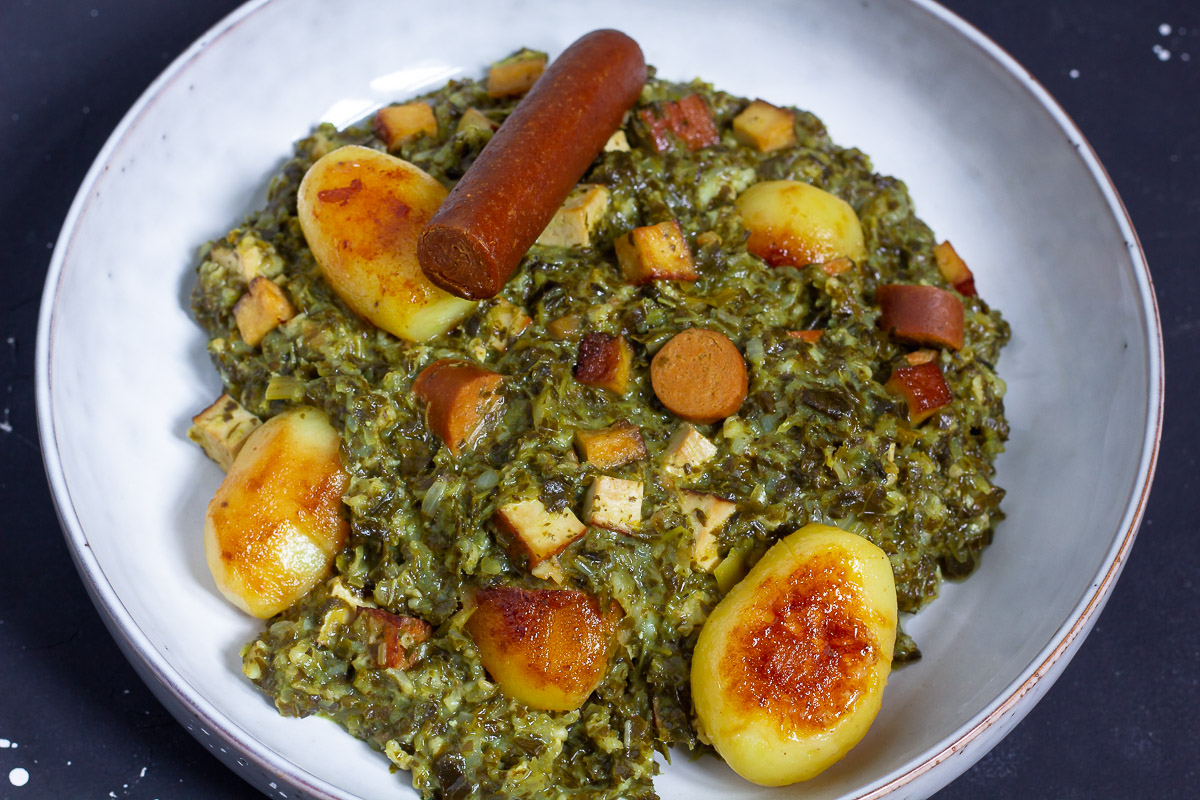 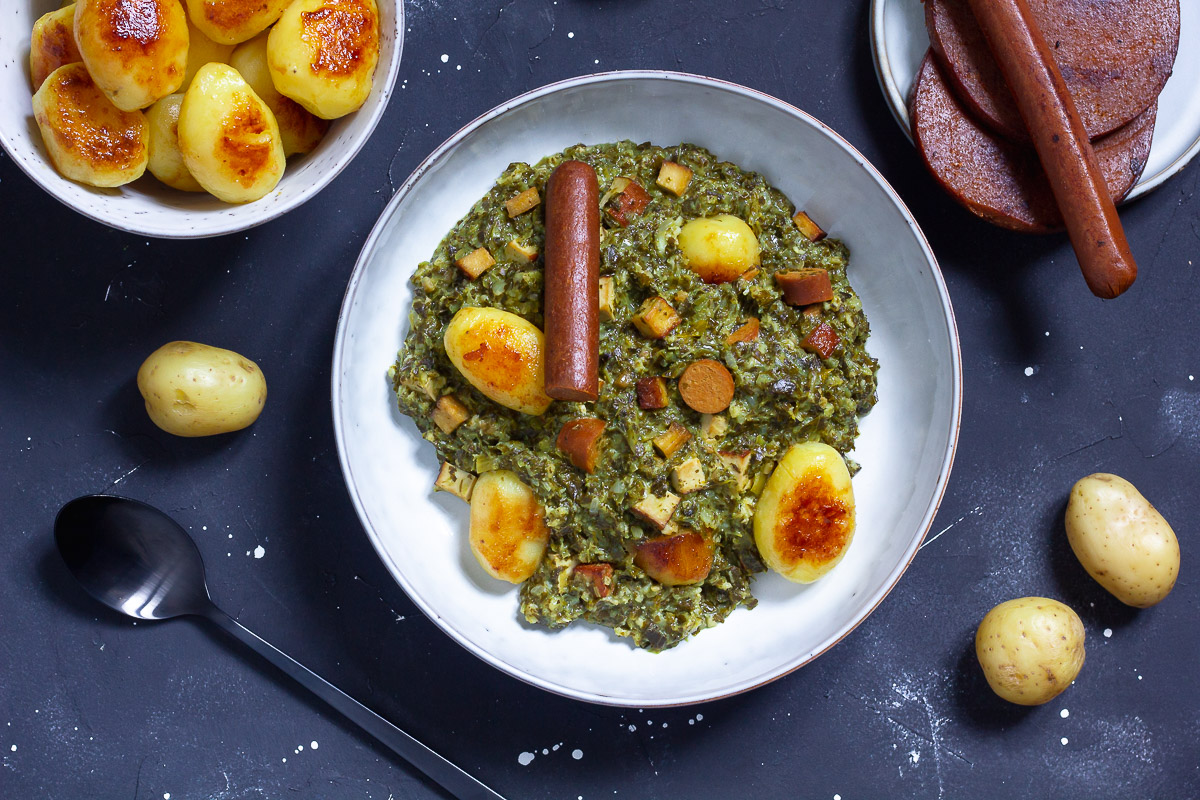