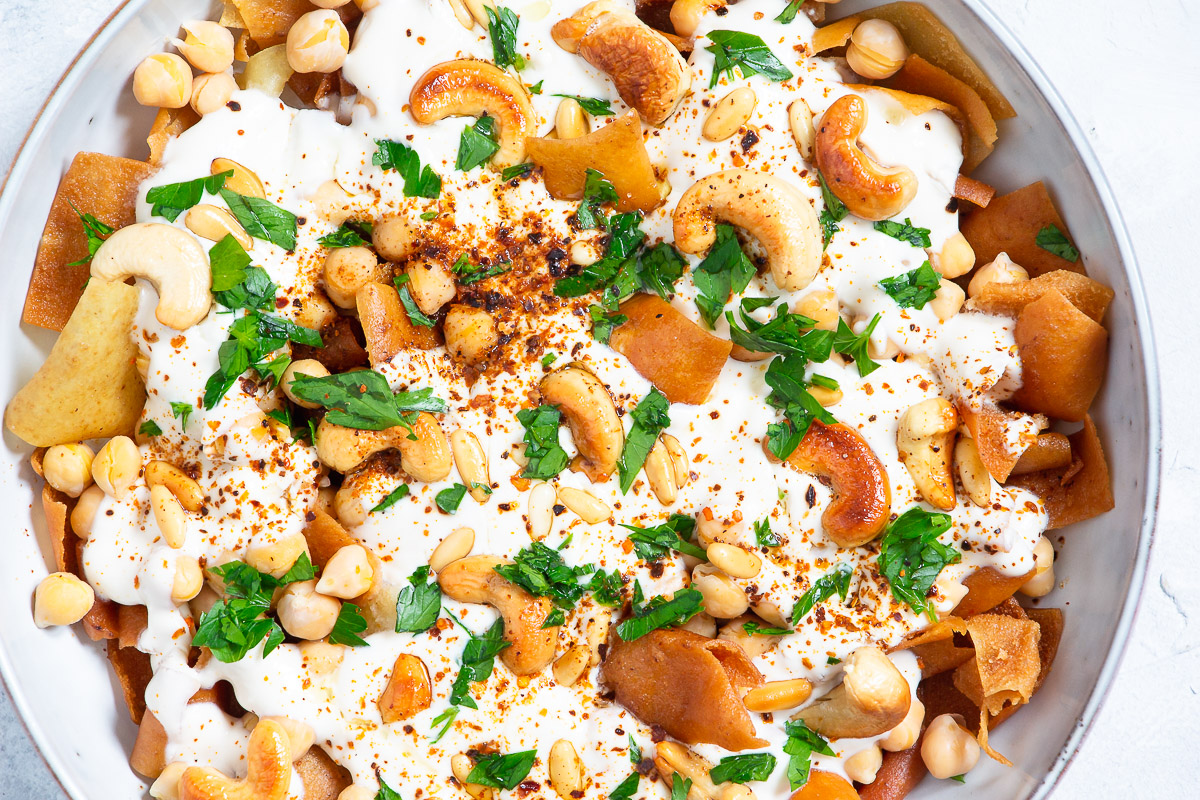 Have you ever heard of Fatteh (also spelled Fatta, Fattah or Fetté)? Probably not. But that should change now. Because this dish made from chickpeas, fried flatbread (like in the fattoush salad), roasted nuts and yogurt sauce is incredibly delicious. And it’s very easy to prepare in a vegan way. Because for vegan fatteh you just have to replace the dairy-based yogurt with a plant-based alternative.

Fatteh comes from the Levant cuisine and is most likely at home in Syria and Lebanon, but also in other countries like Egypt and Palestine. It is often eaten there for breakfast. Fatteh is also served as a snack, as the sole main course or as a mezze, i.e. together with many other dishes.

And best of all: Our recipe is basically the basic version, which can be wonderfully modified or expanded. Would you like some suggestions? Replace the cashews and / or pine nuts with flaked almonds, for example. Or add a few fried eggplants to the chickpeas. Fried soy mince or other meat substitutes also make a good impression in Fatteh. 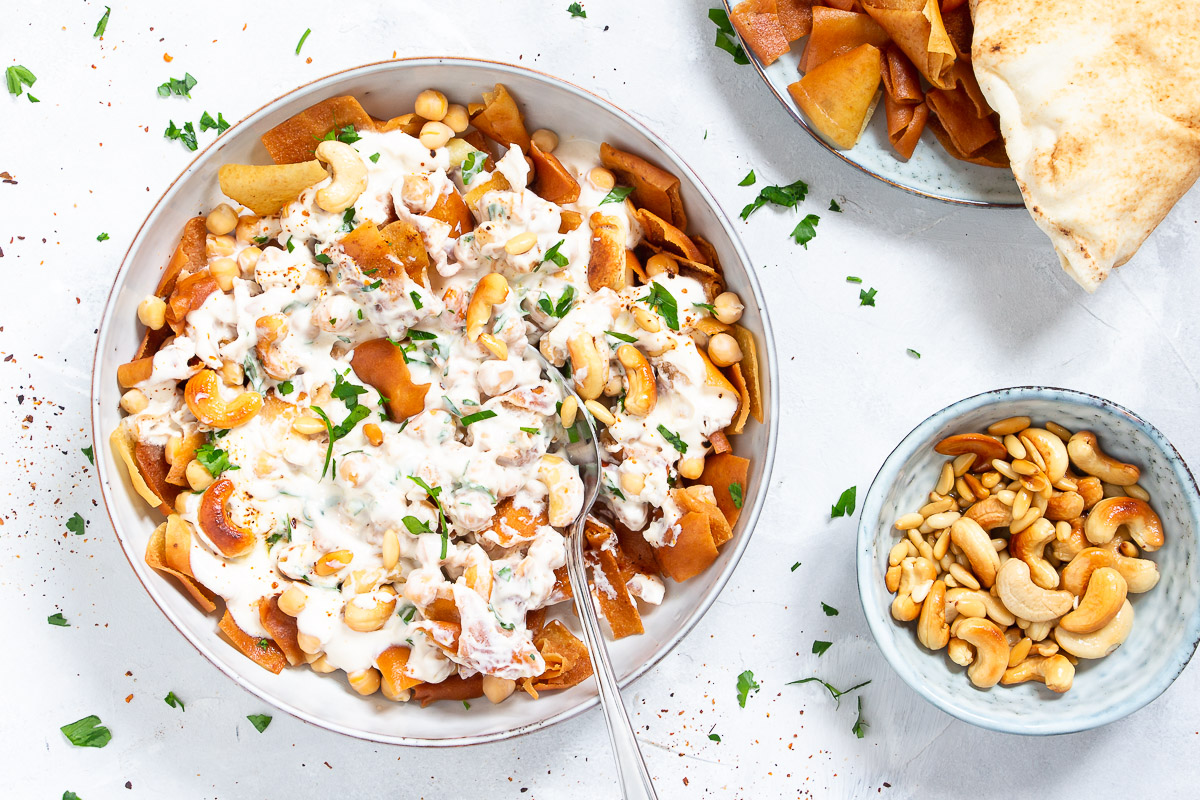 Traditional Arabic music with a modern twist. This is exactly what the two brothers Hasan & Rami Nakhleh, also known as TootArd, do.
(Would you like to listen to all the songs for the recipe? Find them collected in one playlist here) 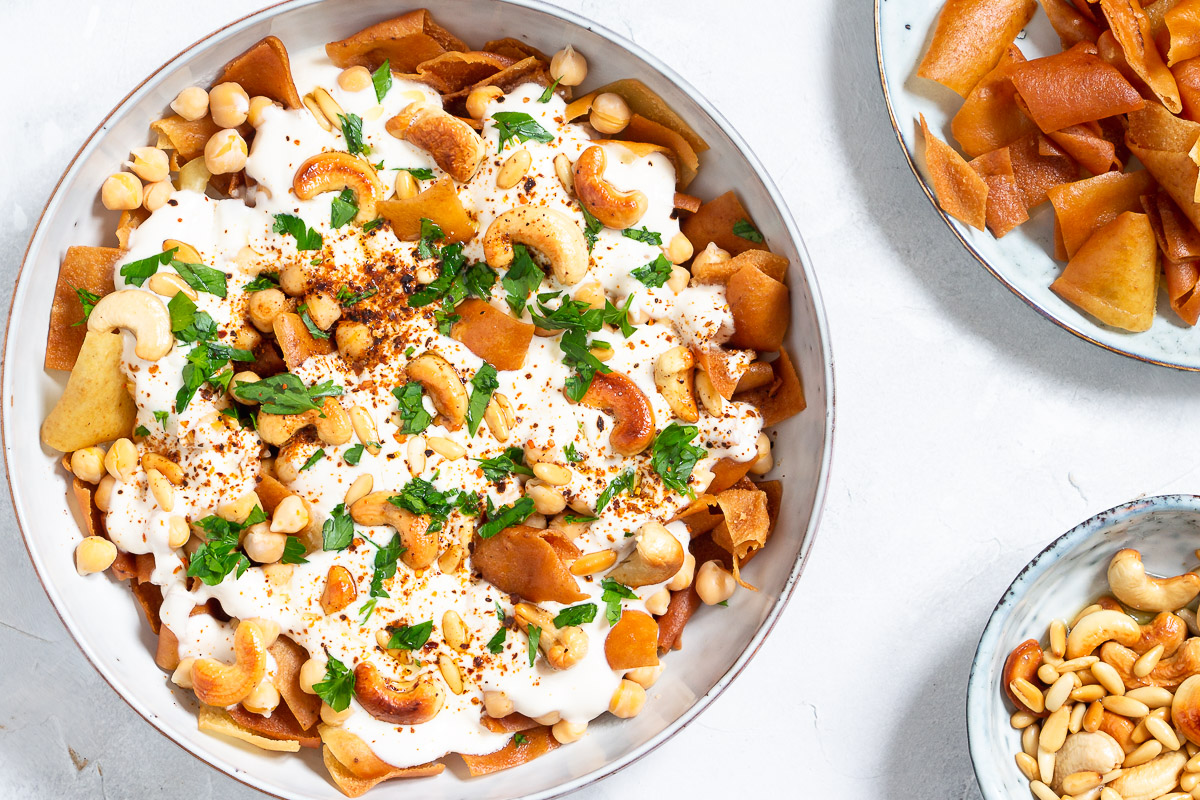 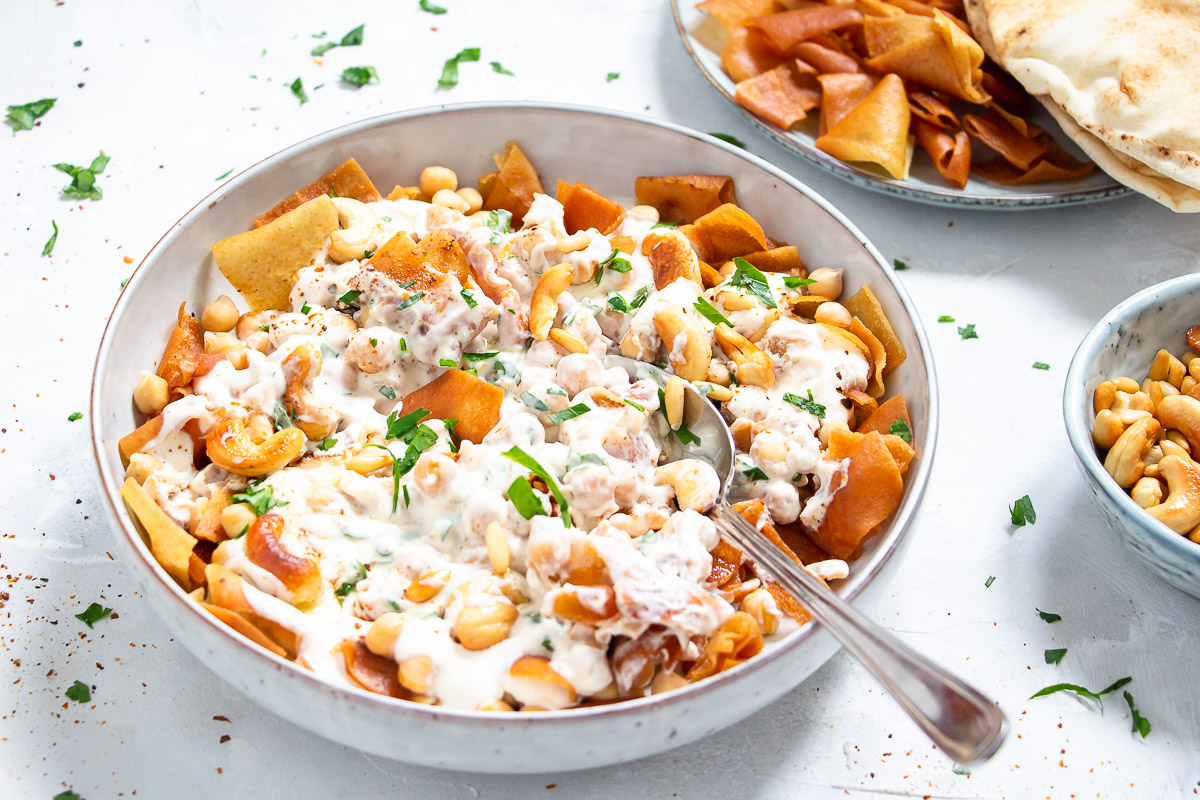