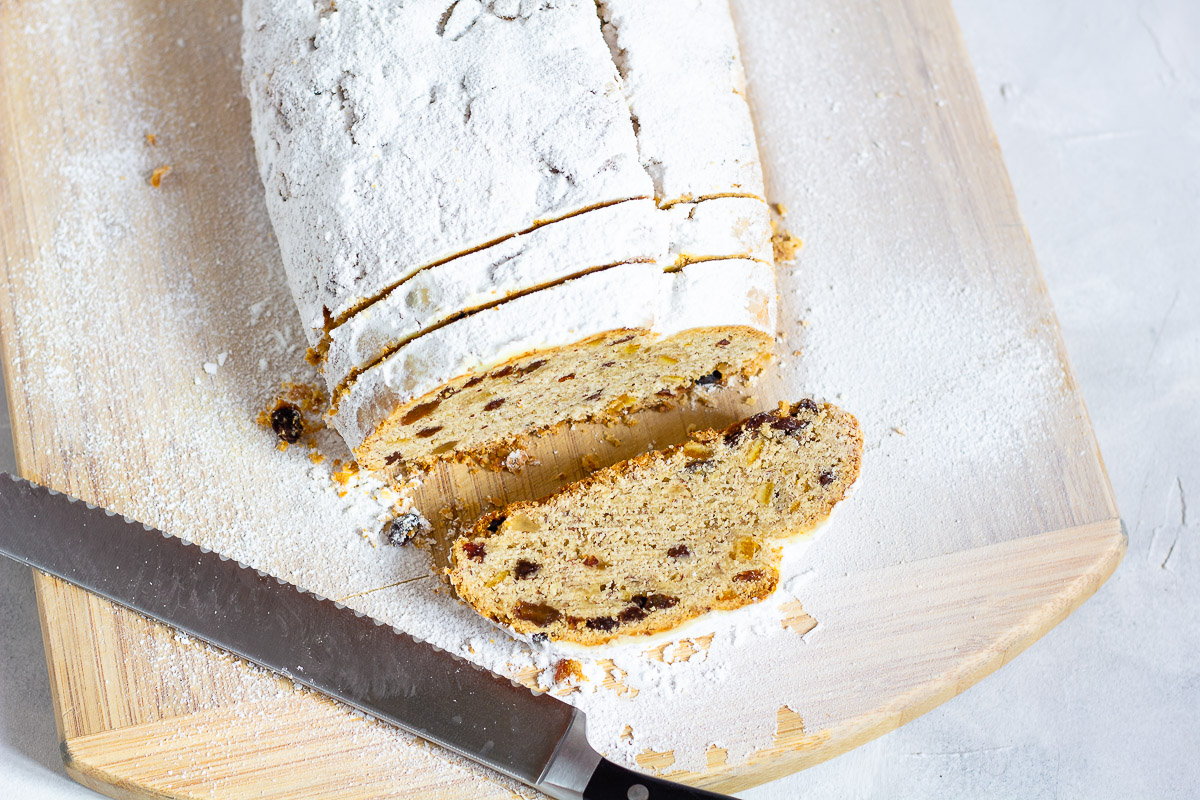 Christmas stollen or Dresden stollen. The bread-shaped cake made from yeast dough has many names. Depending on the ingredients and proportions used, it can also be called butter stollen, almond stollen, marzipan stollen, nut stollen or quark stollen. However, it always consists of plenty of butter, flour, milk (or quark), egg and spices. In addition, fillings such as raisins, almonds or marzipan are added to the dough. Although it tastes delicious all year round, it has a tradition especially in winter and Christmas time.

We prepare our vegan Christmas stollen rather classic. Except that we of course replace butter, milk and egg with vegan butter (or margarine) and plant milk. 😉 But the remaining ingredients are very much based on the traditional Dresden Christmas stollen. So a few ground almonds make the dough more tasty. We use raisins, orange peel and lemon peel marinated in rum for the filling. A little lemon zest, cinnamon, ginger and cardamom then add our individual final touch of taste. Both the filling and the spices can of course easily be modified according to your own preferences.

The preparation of stollen requires some waiting time (soaking the raisins + the dough has to rise + 50 minutes baking time), but otherwise it is actually pretty easy. In our opinion, the yeast dough with fat and sugar is much more forgiving of inaccuracies than its savoury counterpart. So if you can handle the dough of pizza and pide, you won’t have any problems here. Nevertheless, of course, the same basic rule applies: if the dough is too crumbly, you should add some liquid to it. If it is too sticky, a little more flour may be added.

After rising, the dough is simply shaped into an longish loaf with your hands. For the special stollen look, one half is rolled out flat (e.g. with a rolling pin) and then folded over the other half. But that’s not difficult at all. To support the explanations in the preparations, we also took a small series of pictures. So nothing can go wrong this way. And the inner values ​​are of course way more important than outer appearance anyways! 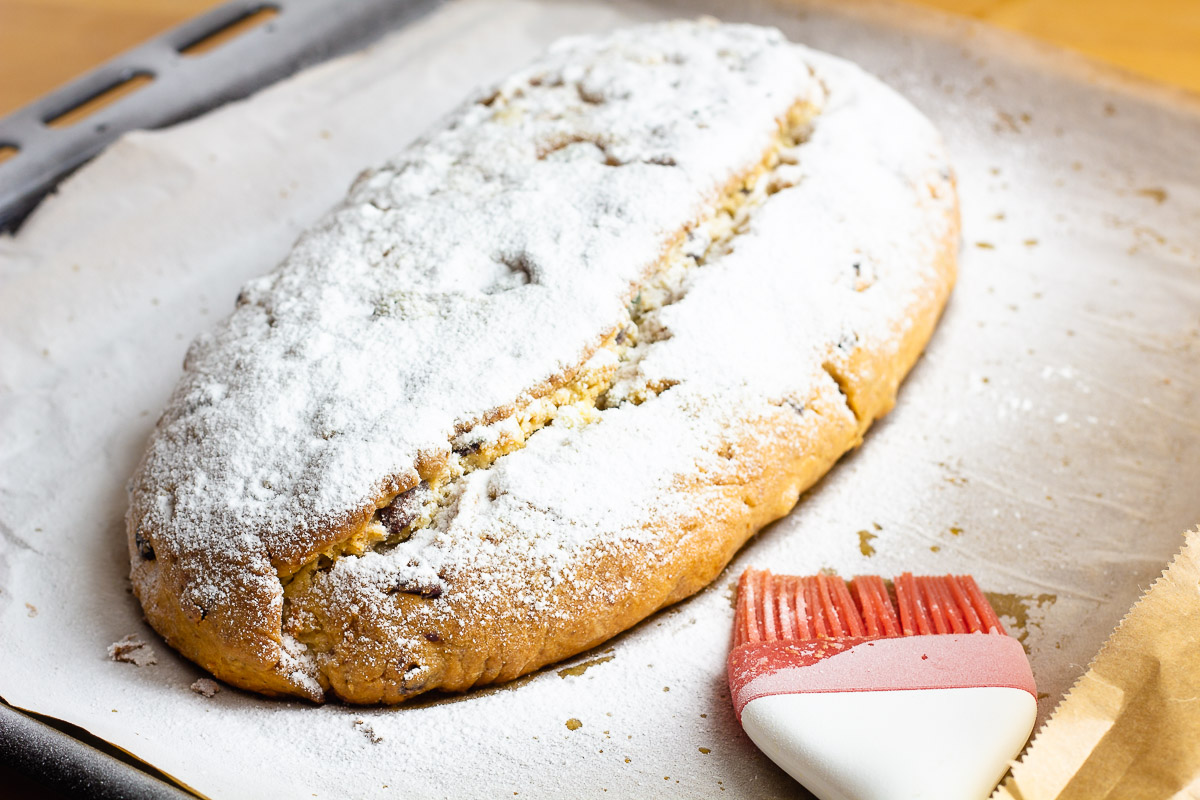 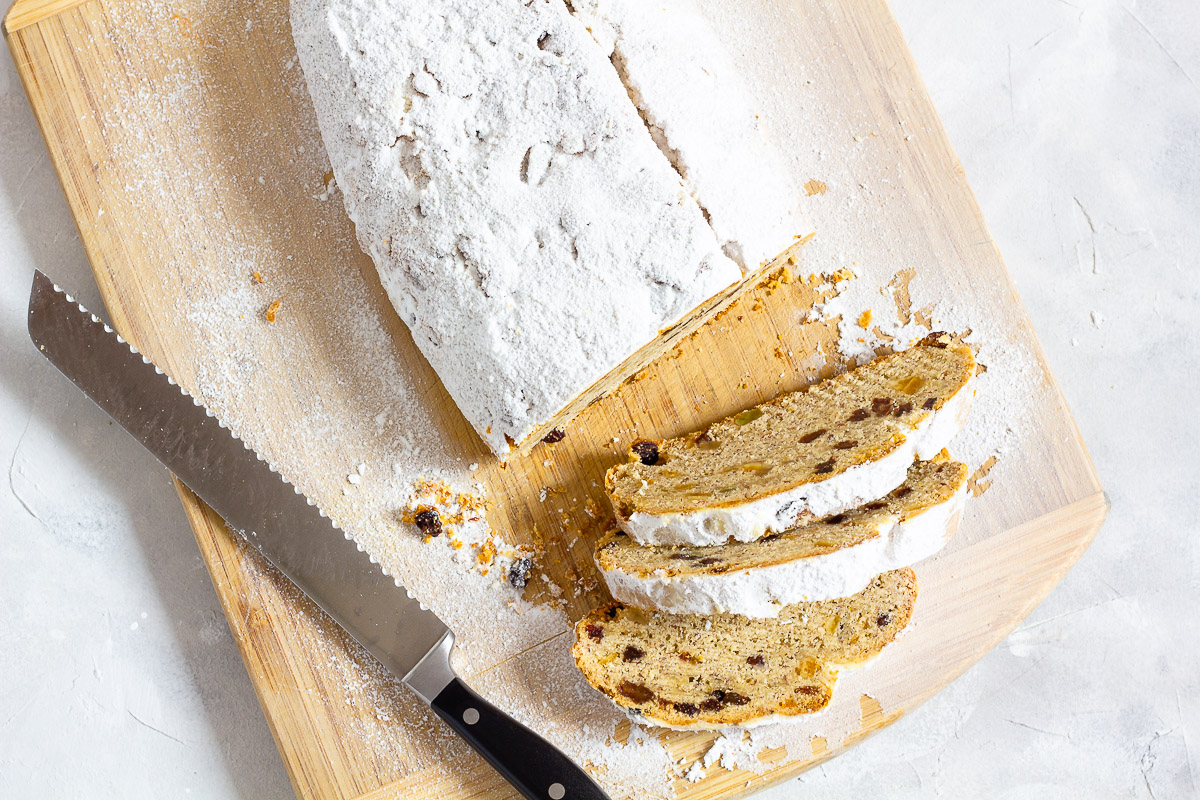 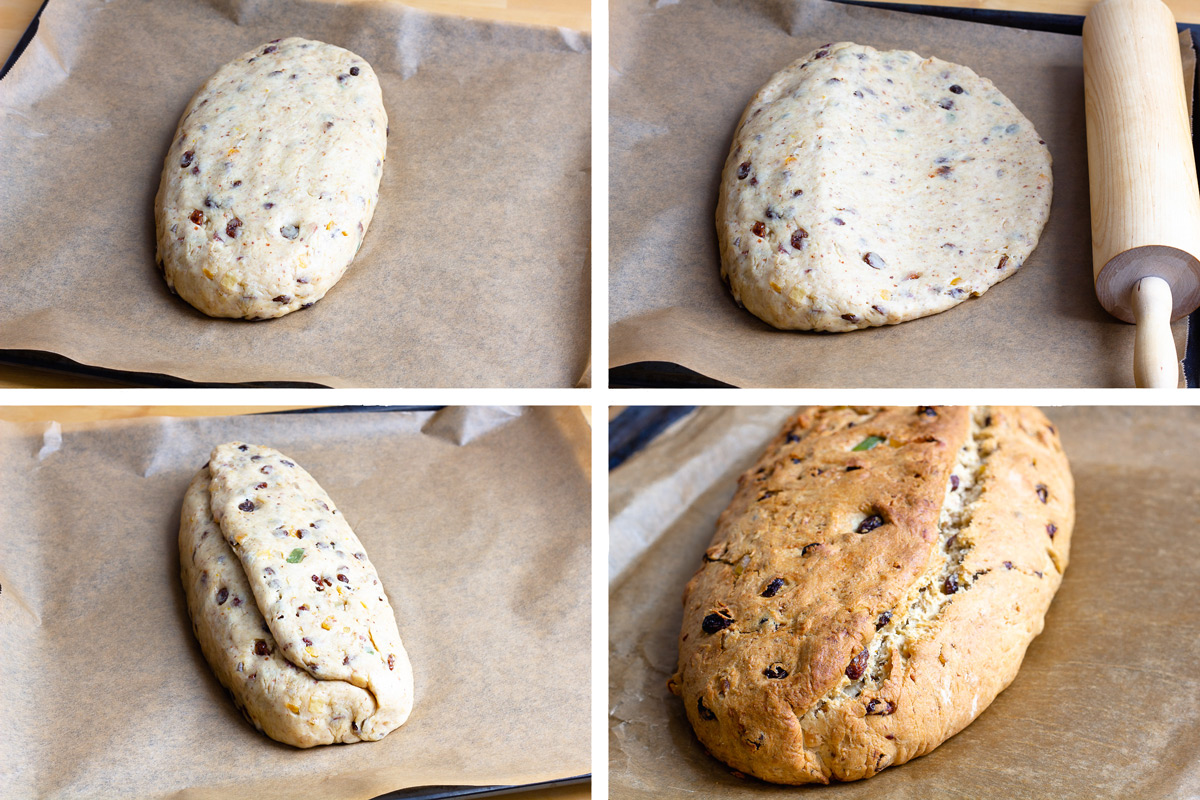 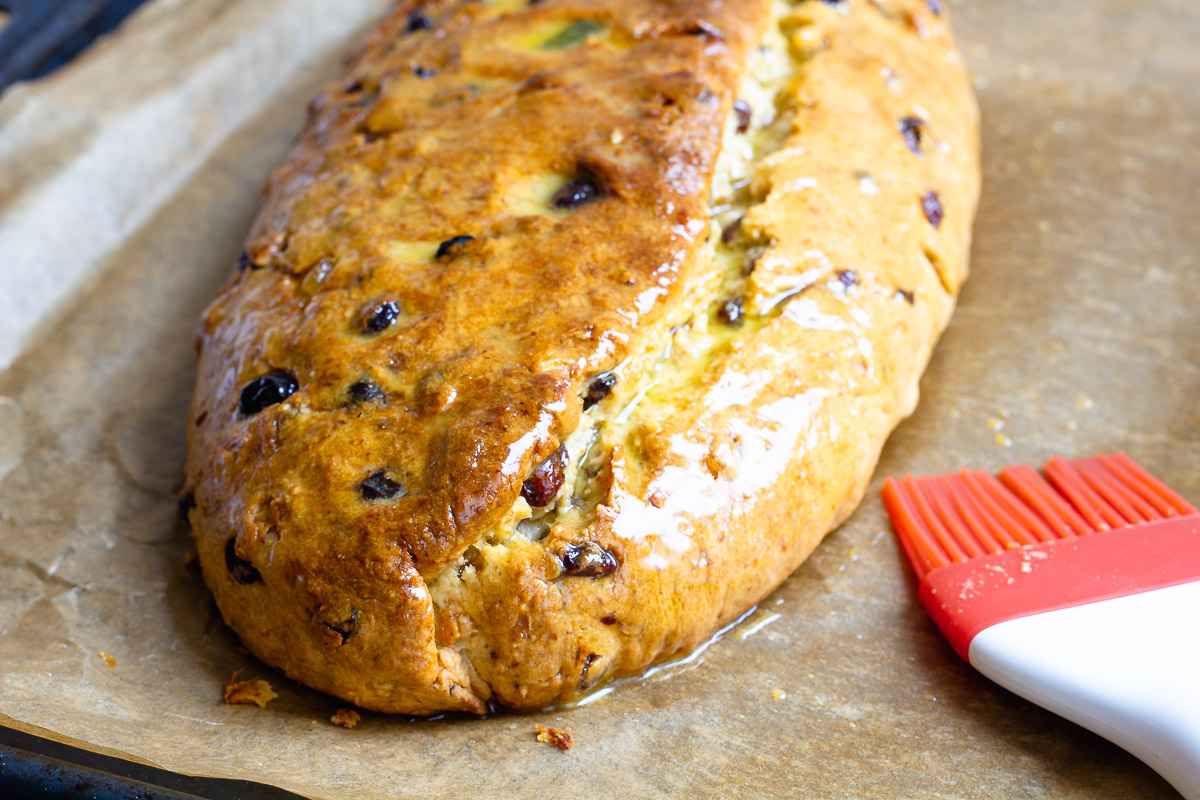 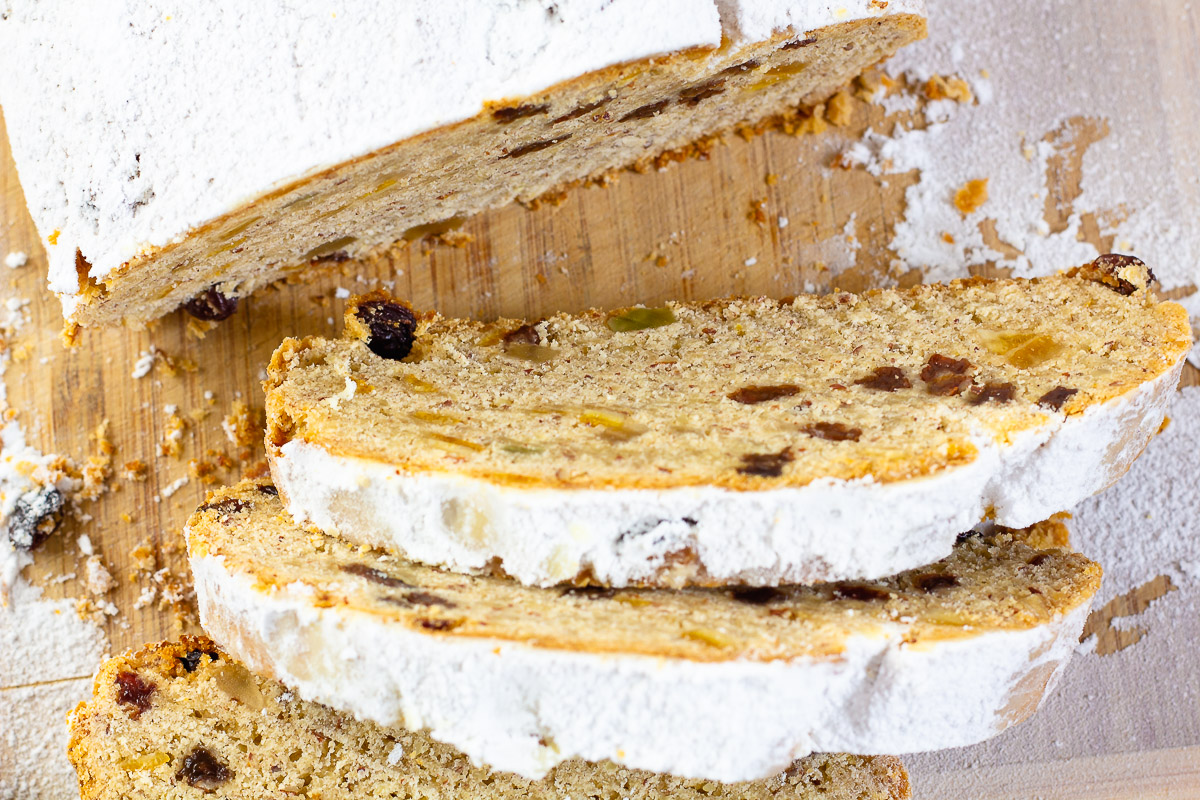 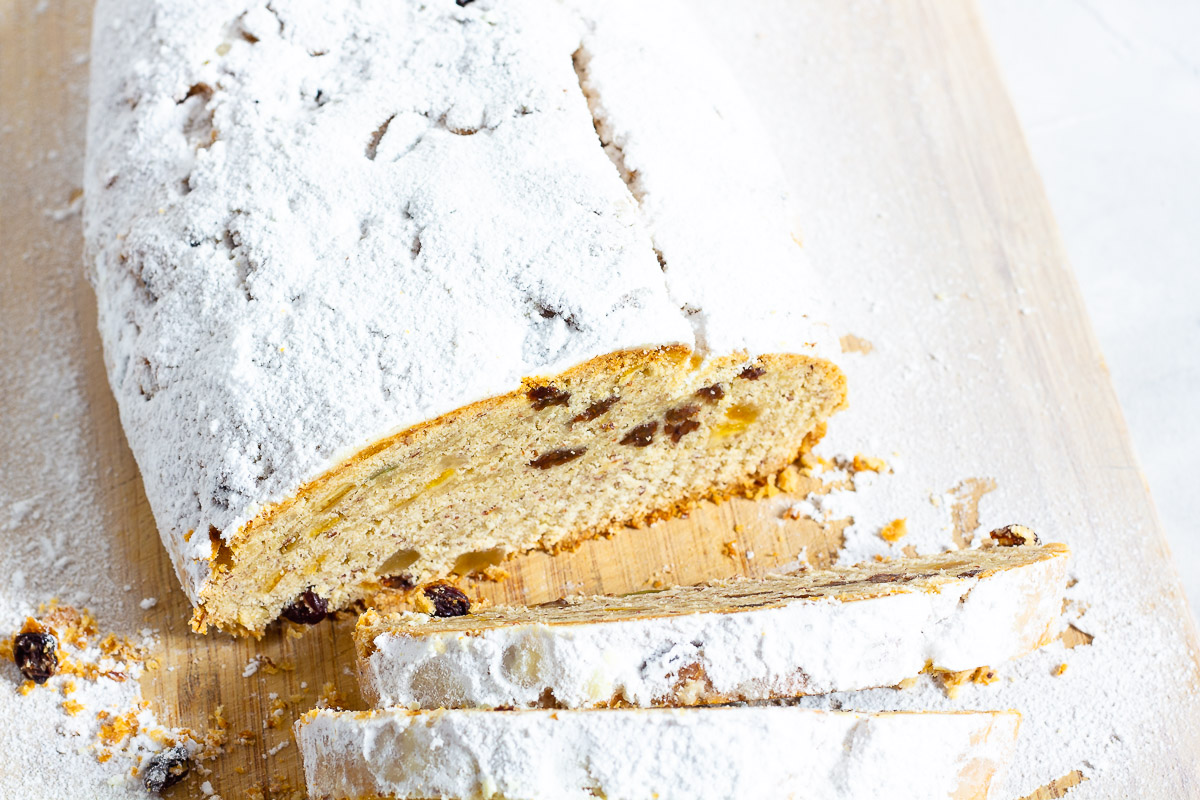