Are you looking for a vegan dessert for the Christmas dinner? Or do you just just have incredible appetite for a wintry trifle? Or are you sick of classic tiramisu and looking for a delicious variation? Whatever, because our vegan baked tiramisu with speculoos makes all of you happy.

Whether it’s due to the combination of creamy and crispy? Or is the fusion of sweetness and acid crucial? Probably both. Anyway, it’s really fun to slide through the different layers of the tiramisu with a long spoon. 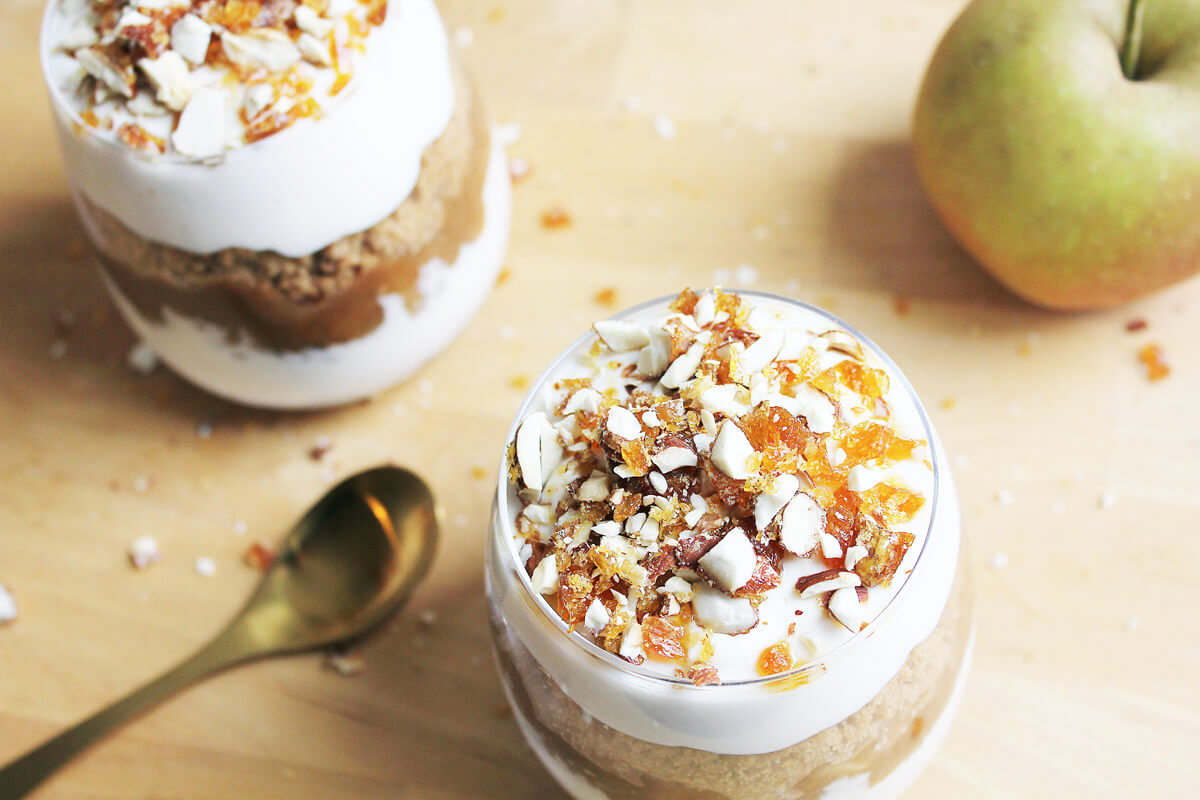