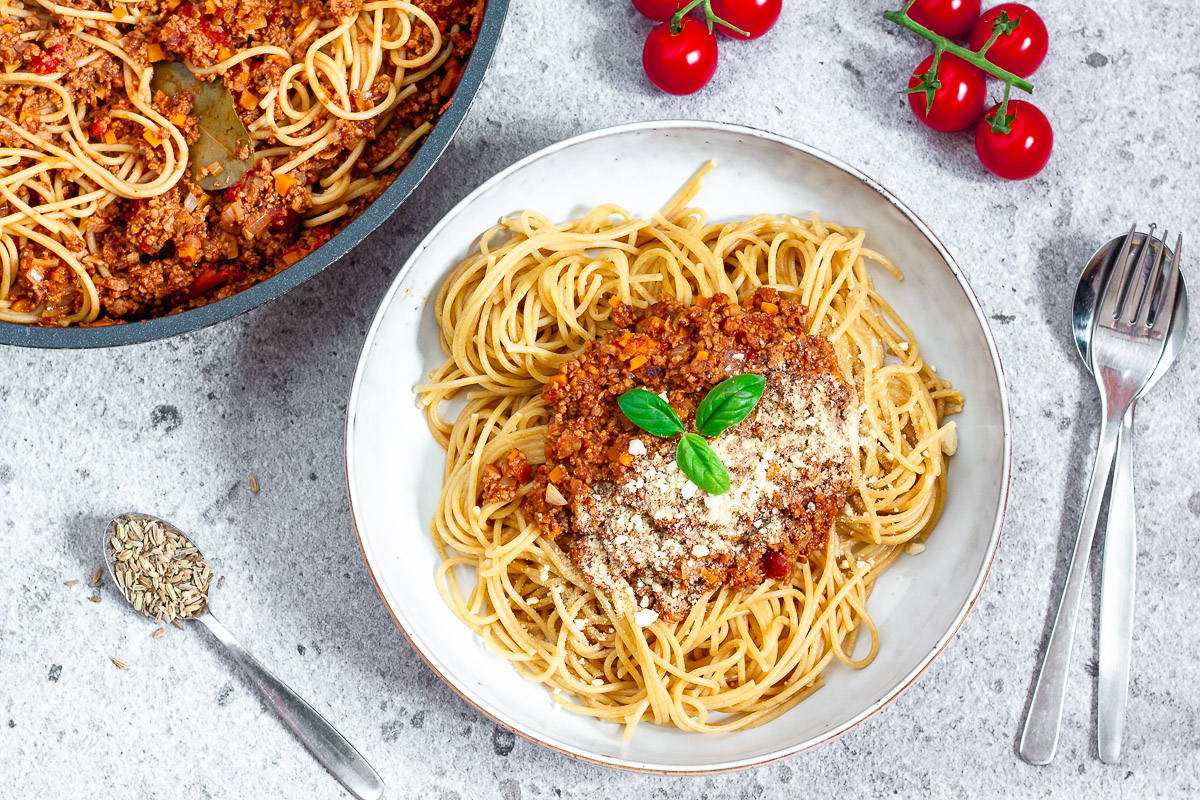 Spaghetti with Ragù di Salsiccia used to be part of every vacation in Italy. So the recipe has emotional, if not sentimental, value. Of course, the salsiccia sausages are not part of our diet anymore for a long time. That’s why today we present a recipe for a vegan version.

But first things first: Ragù di Salsiccia is a tomato and minced meat sauce that is prepared with salsiccia sausages instead of conventional minced meat. Salsiccia is a coarse Italian sausage that gets its distinctive taste mainly from fennel. It often has a spicy note due to the intensive use of pepper and chilli. For a minced sauce, you cut the sausages open, press the sausage meat out and use it to cook a tomato sauce.

Instead of salsiccia, we use vegan minced meat made from dried soy mince, which we season with fennel and chilli. The rest of the preparation is reminiscent of cooking a regular Bolognese sauce and should therefore not be difficult for you. In addition to the soy mince, onion, garlic and carrot are cooked. Everything is filled up with red wine, deliciously seasoned and topped with tomatoes and liquid. Then let the sauce simmer a little, prepare pasta and that’s it.

Instead of the dried soya mince, you can also use vegan minced meat or crumbled tofu, for example. But for this you need about 3 times the amount (around 450 – 500 g). You can then of course save yourself the first step of preparation. The rest of the procedure stays the same. The cheapest option is and remains the one with dried soy mince.

Finally, an insider tip. Ok, it’s actually not an insider anymore. But feel free to cook the sauce 1 or 2 days in advance and let it sit in the fridge. The taste continues to intensify. The vegan salsiccia sauce is delicious fresh, but it has a lot of power after left sitting. Of course, you can also freeze the sauce in portions. 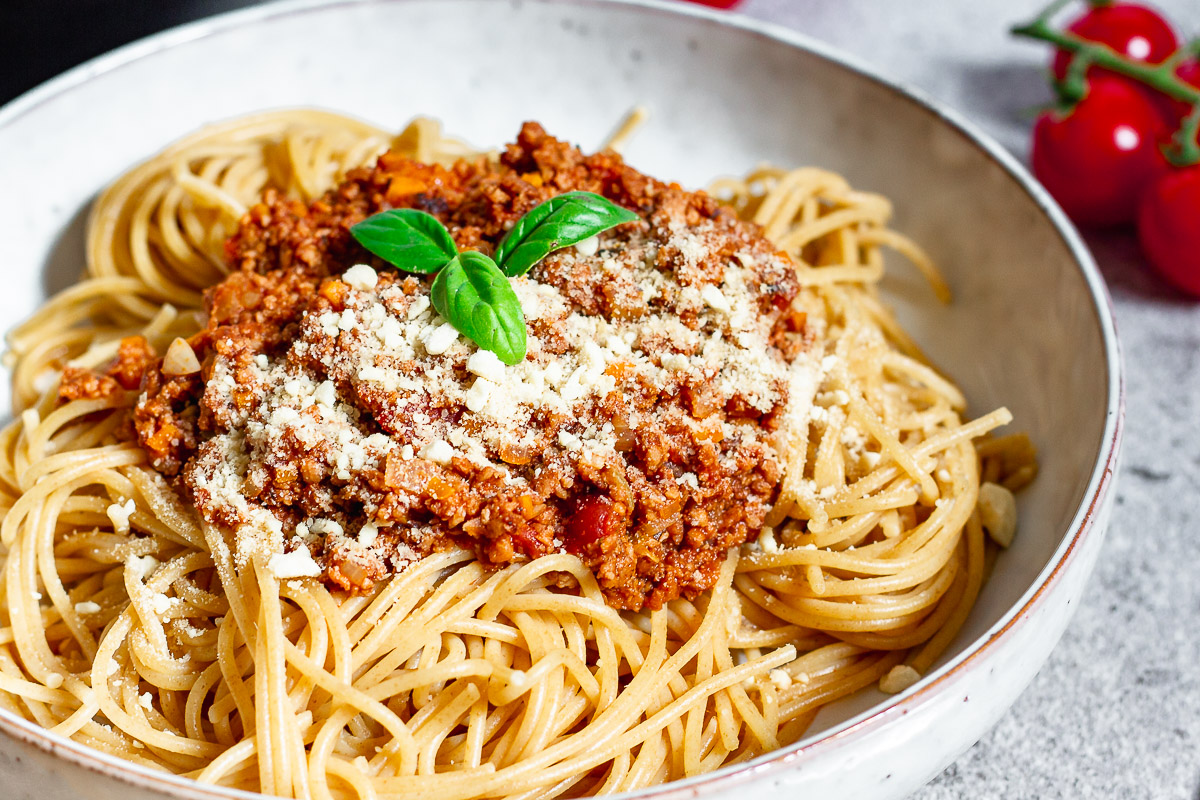 Pasta with ragù di Salsiccia was the typical meal on vacation together in Italy (Urlaub in Italien means vacation in Italy). And we saw Erobique live together several times, for example at the Melt!, Dockville and Appletree Garden Festival. 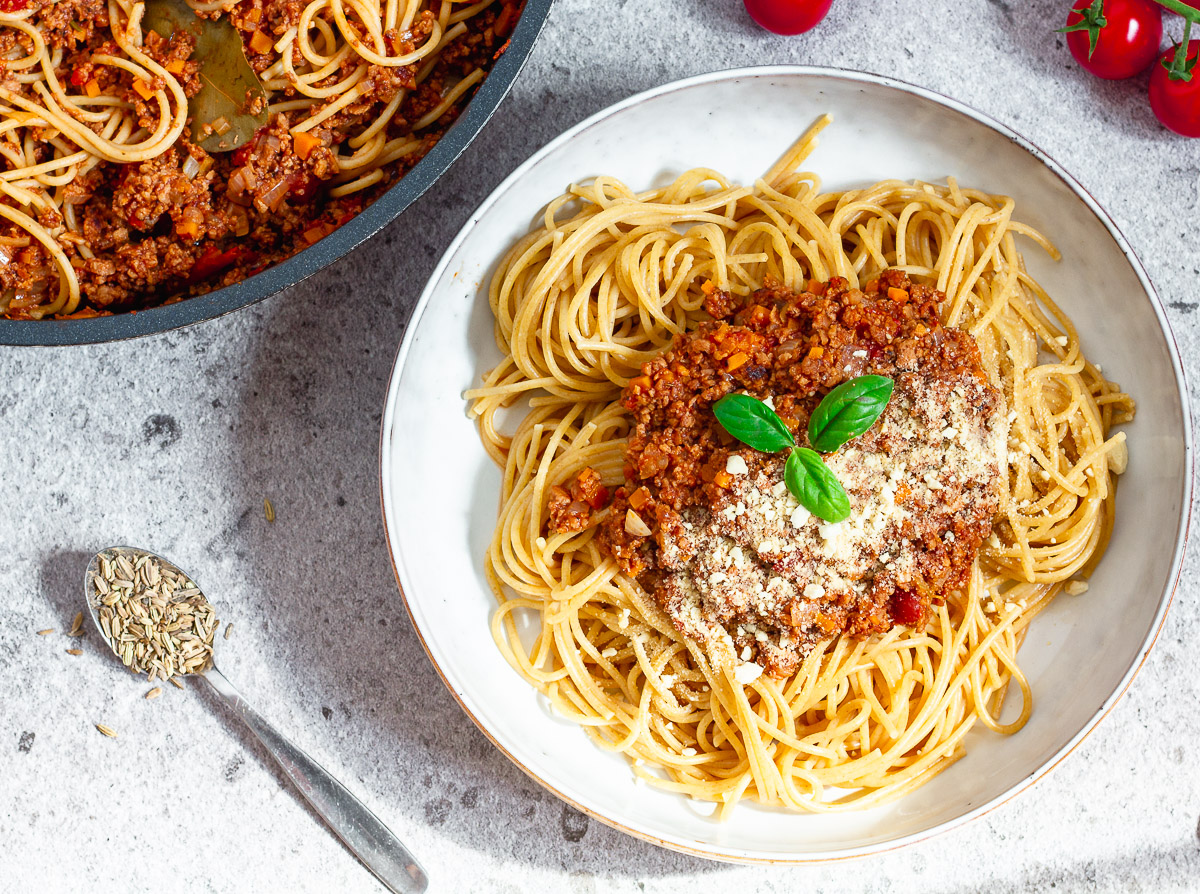 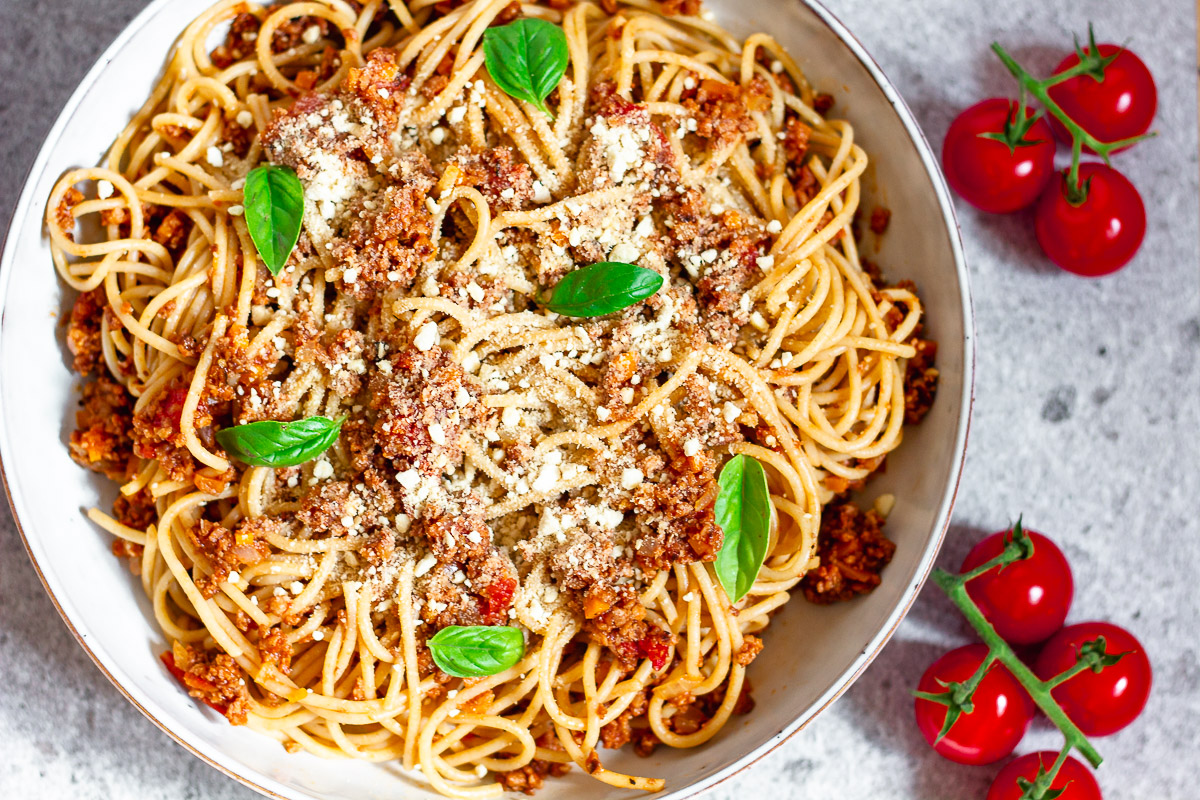 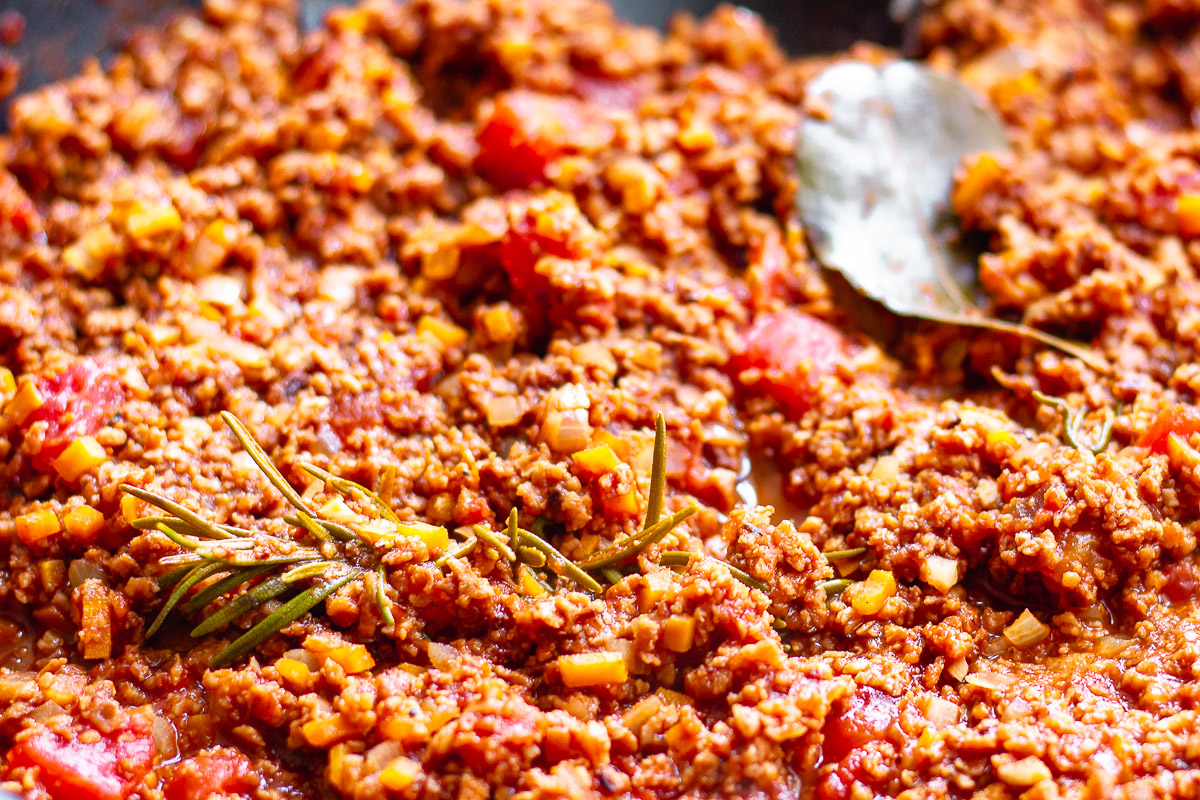