Today we have a colourful plate that is full of incredibly fresh flavour. Because we are serving vegan cauliflower ceviche.

Ceviche is a fish dish that is common in many parts of South America. It probably originated in Peru. There it is still considered the national dish. Originally, freshly caught fish was cut into small pieces and marinated in Leche de Tigre. This marinade, known as tiger’s milk, usually consists of lime juice (or juice of another citrus fruit), salt and chilli. The acidity of the lime juice causes the protein in the fish to begin to denature, just as it does when heated. In other words, the fish is cooked when cold. Crazy, isn’t it?

Of course, whether the fish is ultimately raw or cooked, we don’t have to worry. Because instead of fish or seafood, cauliflower is the main ingredient in our purely vegetable version. The cauliflower is blanched briefly to get the right consistency. It is then left to marinate in the Leche de Tigre marinade. The tiger’s milk contains a little secret ingredient: ground nori leaf. The seaweed also gives the vegan ceviche version a slightly iodiney, fishy aroma.

Red onion, coriander and chilli round off the ceviche. It is served with sweet potato, corn and salad. As a variation, the side dishes can also be mixed directly into the ceviche. In this case, however, the sweet potato and lettuce should be cut into bite-sized pieces.

The Peruvian food classic is served with a Peruvian song classic.
(Would you like to listen to all the songs for the recipe? Find them collected in one playlist here) 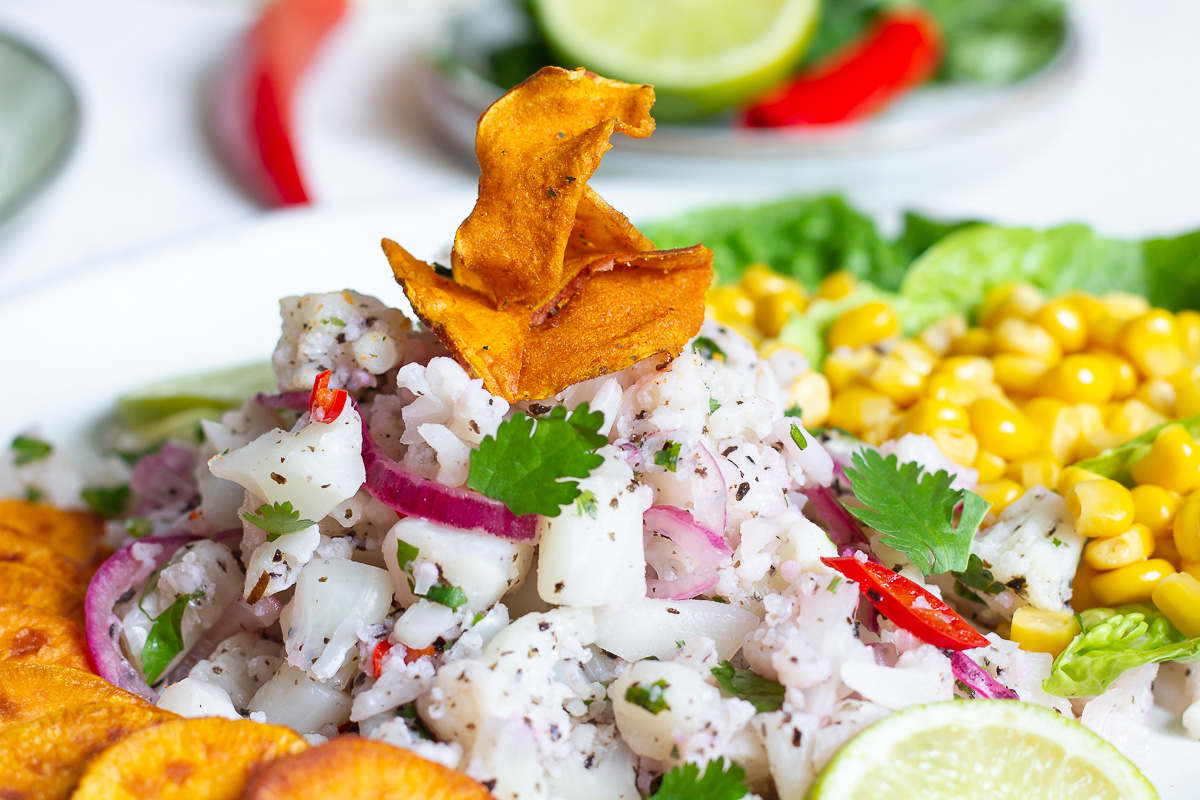