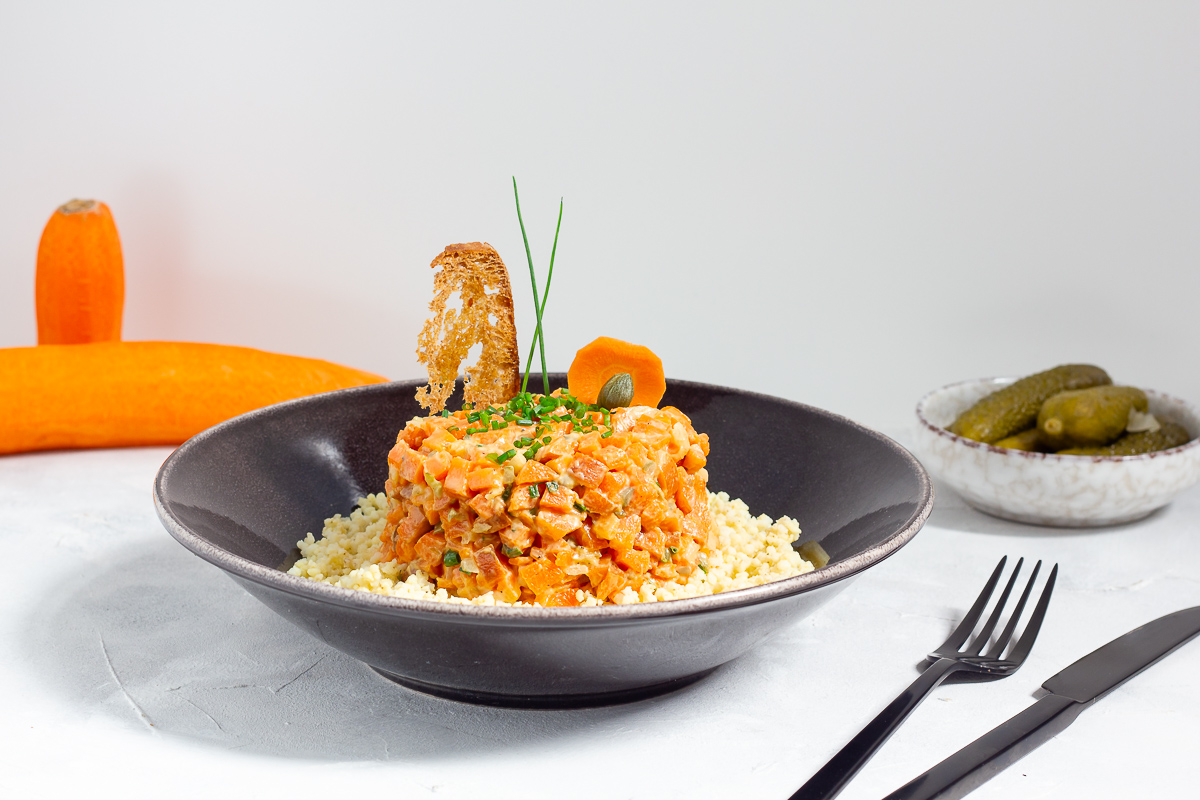 Today we are once again providing an example that purely plant-based regional cuisine does not have to be boring. Basically, our meal today consists of carrots and millet. But that would only be half the truth. Because while the millet actually ends up on the plate simply cooked as a side dish, we conjure up a vegan carrot tartare from the bright orange carrots in a few simple steps.

First, the carrots are cooked in a broth until soft. The idea behind this is that the carrots have a slightly smoky, full-bodied taste afterwards. Just like our carrot lox. After cooking and chopping, the carrots are mixed with vegan mayonnaise, chives, onions, capers, pickles and a few spices (basically a vegan sauce tartare). The delicious carrot tartare is done.

The recipe is an adaptation of the carrot tartare from the vegan restaurant KLE in Zurich, which is run by the chef Zineb Hattab, known as “Zizi”. The Spanish-born chef with Moroccan roots studied under 3-star chef Andreas Caminada and now runs two restaurants of her own in Zurich. I became aware of Zizi, her KLE and the carrot tartare a few weeks ago through the TV show Kitchen Impossible, in which Tim Mälzer had to recreate two of her vegan dishes.

Our tartare is served on a bed of millet. A super healthy filling side dish. Millet is a gluten-free grain, but contains almost as much protein as wheat. It is also a good source of iron and contains many other important nutrients. The taste is slightly nutty. But millet is not only healthy, it is also a fairly frugal plant. It grows particularly well on poor, dry soils. Moreover, millet grows quite quickly and can be harvested after a short vegetation period. In India and some African countries, millet cultivation already plays a major role in feeding the population. But millet can also be grown well in some locations in Germany. It is therefore worthwhile to pay attention to the origin of the grain when buying it.

Broth for the Carrots

Give Peace a Chance. Not much more to say in these times.(Would you like to listen to all the songs for the recipe? Find them collected in one playlist here) 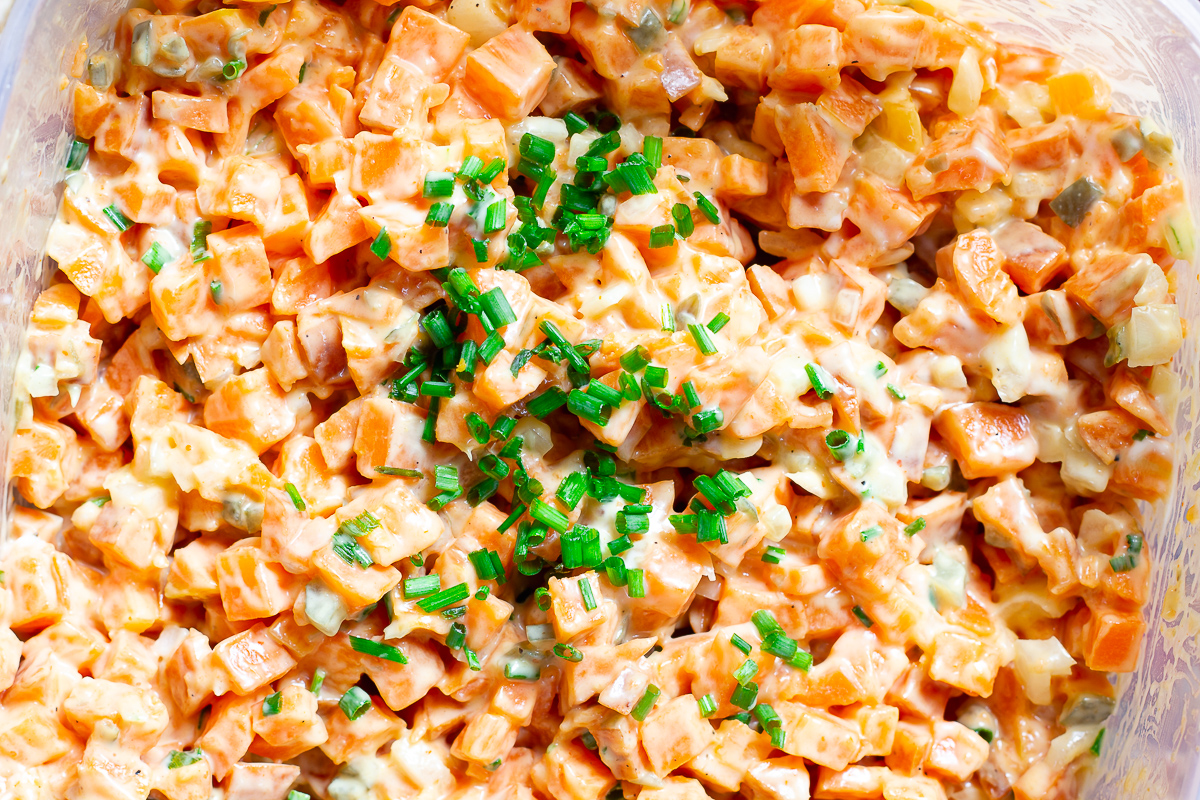