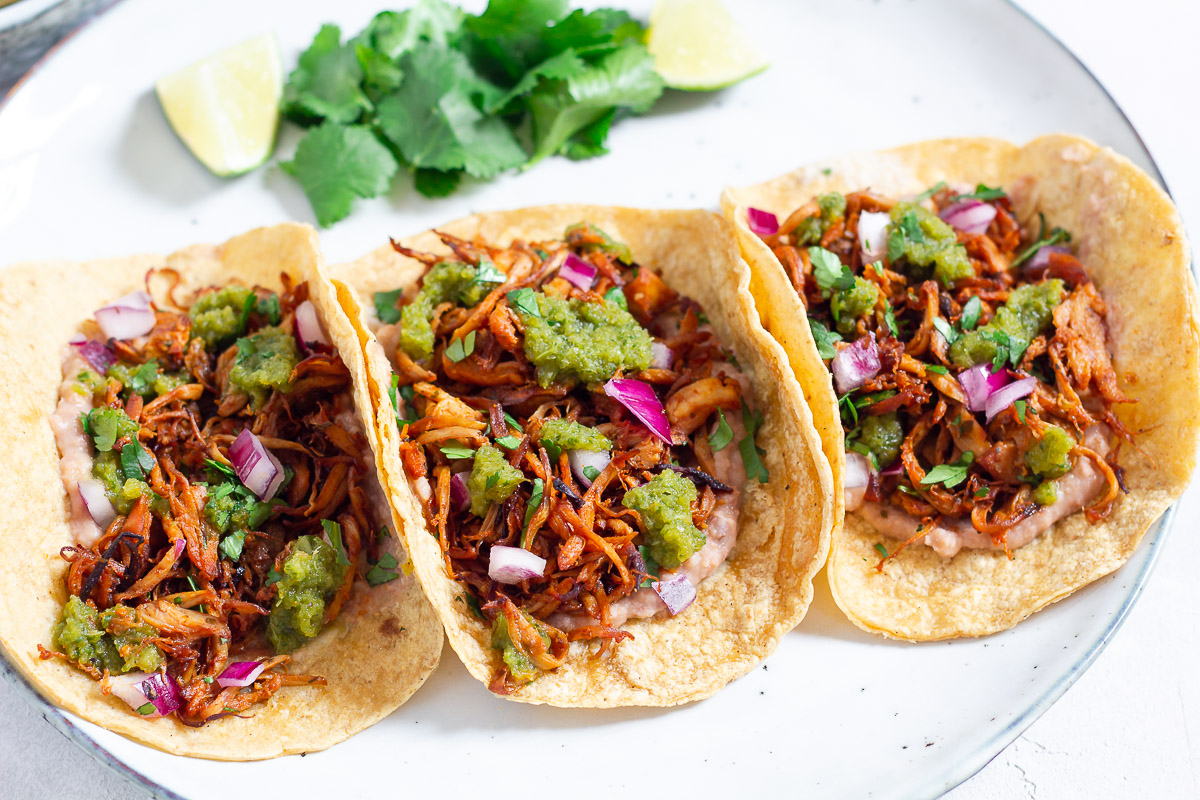 Carnitas actually means something like “small meat” and describes pork cooked in fat, which is then usually served pulled in tacos. Regularly with a salsa, a few diced onions, coriander and fried beans. We keep this tradition. For our vegan carnitas tacos, however, instead of pulled pork, we pack tasty pulled mushroom in the Mexican corn tortillas.

We use king oyster mushrooms for this. These are mushrooms that mainly consist of thick, fleshy stems. These can easily be pulled into fibers with a fork. The perfect starting point for vegan pulled pork. Especially since king oyster mushrooms have the strongest umami taste of all mushrooms. At least that’s what we read. If you don’t like mushrooms, you can of course use our pulled jackfruit recipe for the filling too.

We mix a quick salsa verde with the picked mushrooms. The green sauce in Mexico is usually made based on tomatillos. But they’re really hard to find in Germany. We are therefore making a much simpler green chili sauce with jalapeños and cilantro. It’s also very tasty and the ingredients should be available almost everywhere. If you don’t like the heat, you can use milder chili peppers instead of the jalapeño pepper rings or replace some of them with regular green peppers. 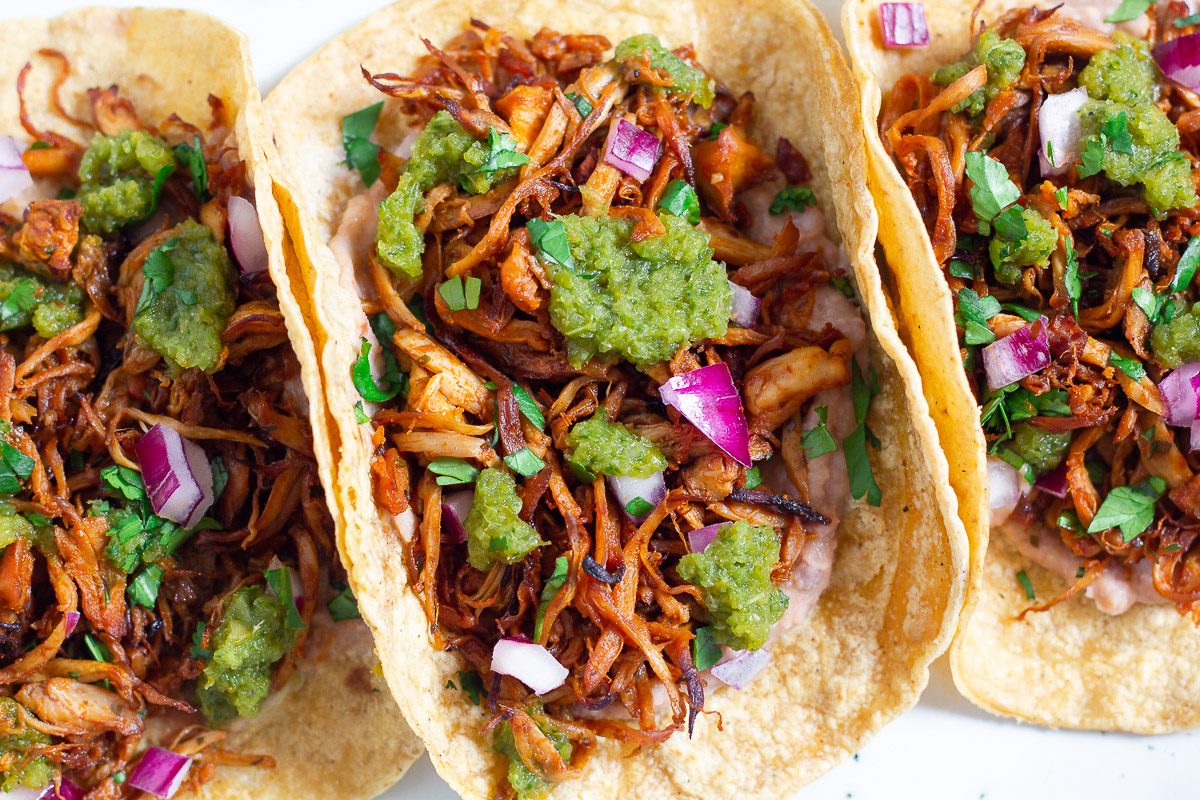 Ana Tijoux is a French born rapper with Chilean roots. She has so many good songs that it was extremely difficult for me to decide which song to choose. But since she is also known for her political commitment, the choice fell on Antipatriarca, which means “against the patriarchy”. A message we fully support.
(Would you like to listen to all the songs for the recipe? Find them collected in one playlist here) 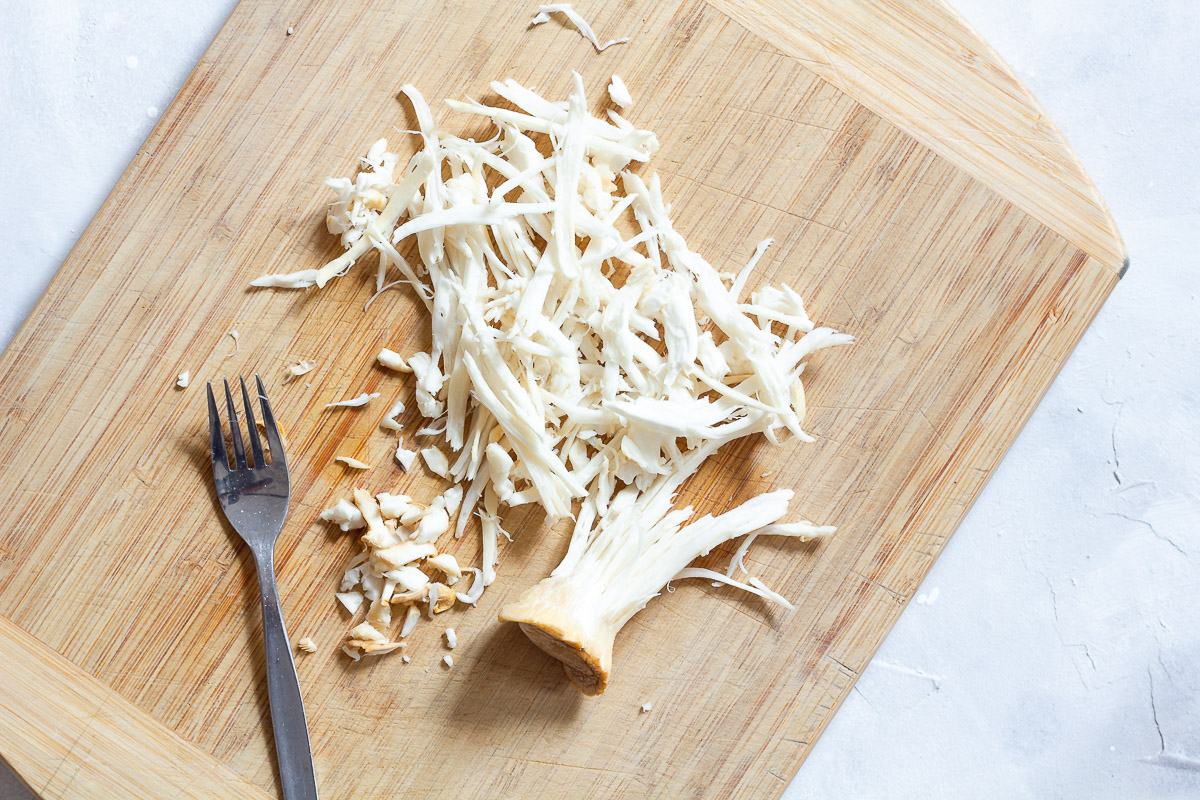 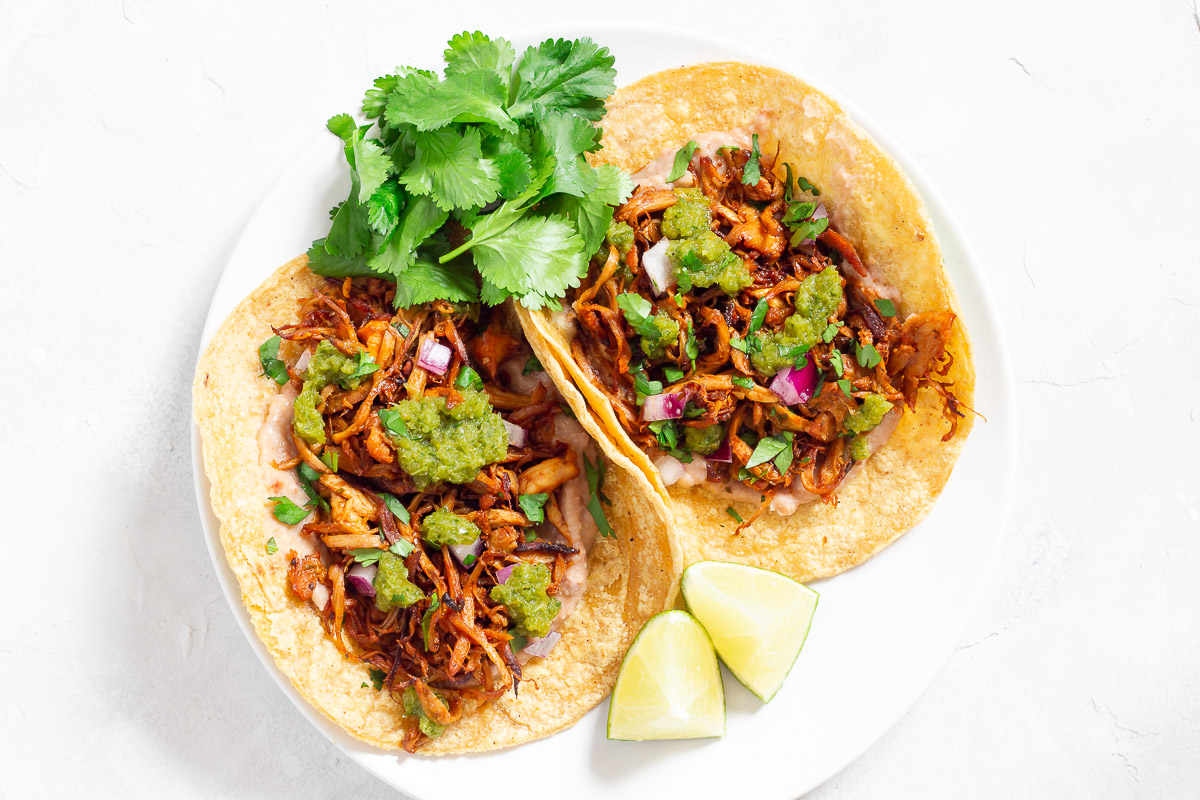 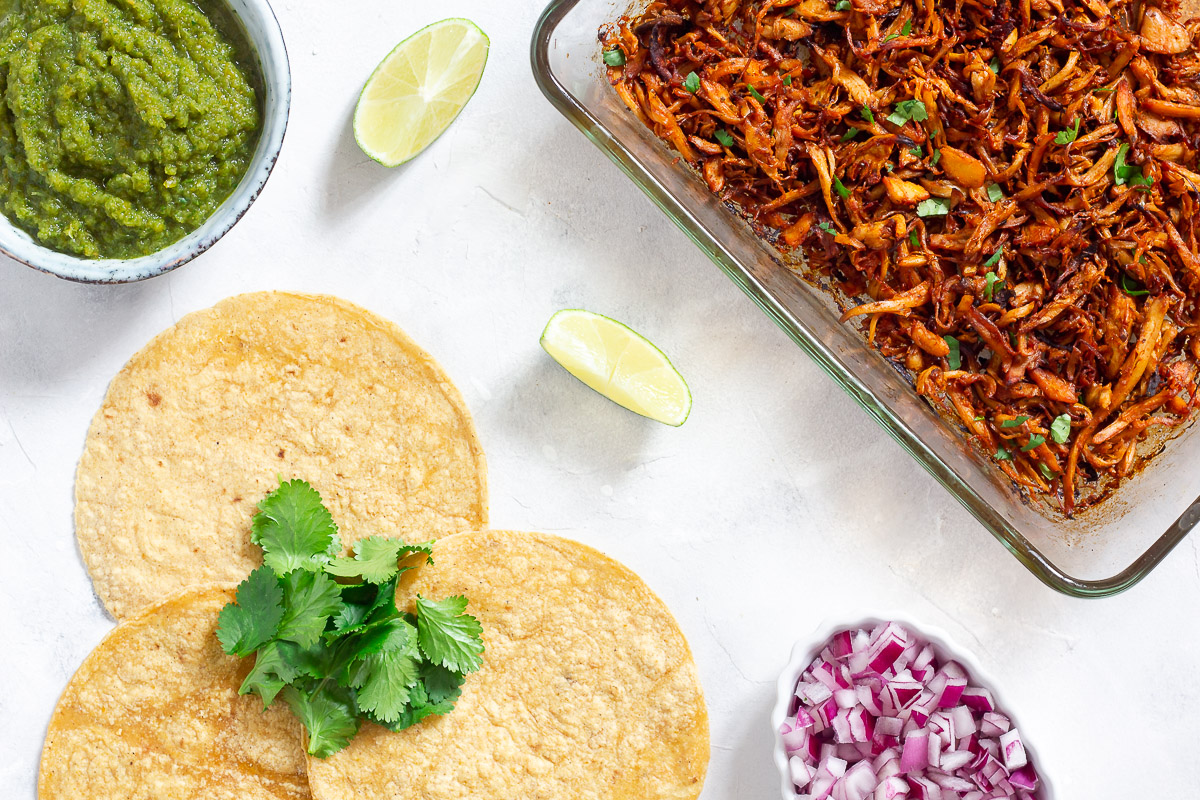 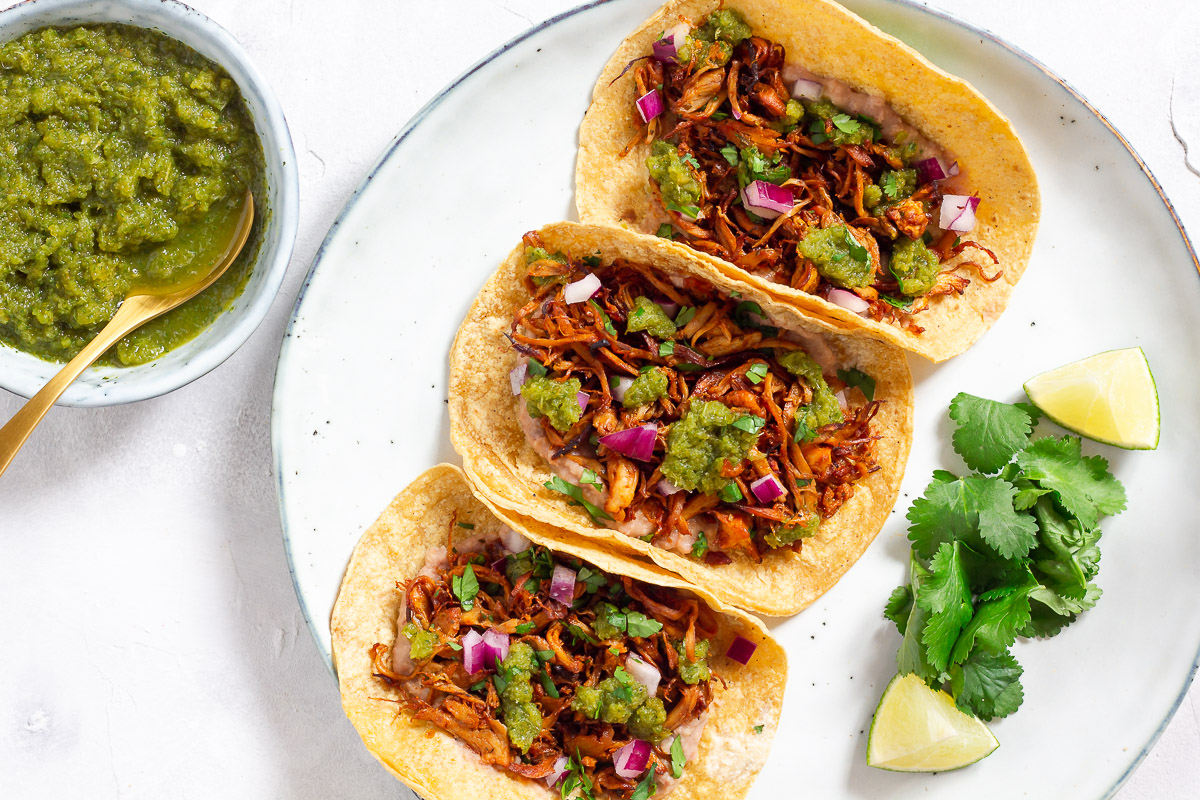