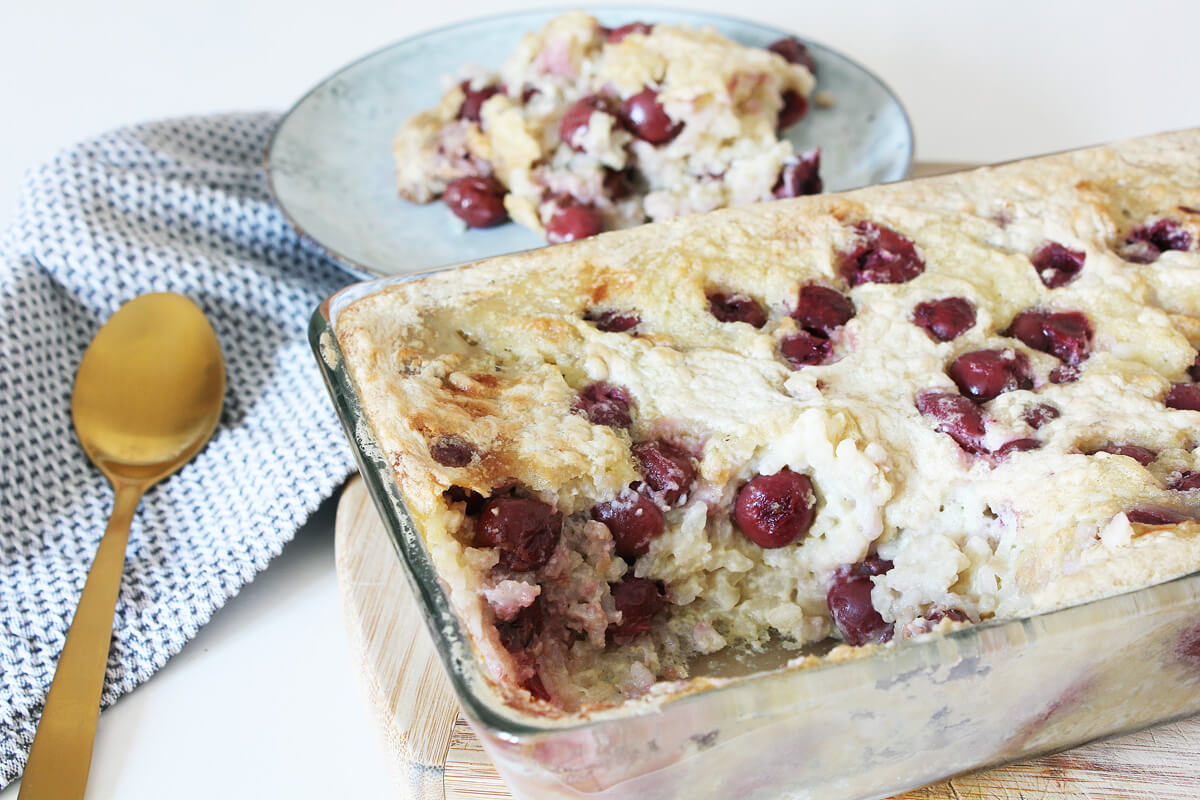 This dish is pure childhood memory for me. My grandma was not only passionate about cooking rice pudding, but also used the cooled down rice pudding every now and then to make a sweet baked rice pudding. Those have always been the best days for me. Now I felt like having a baked rice pudding again. Thus, after some trial and error, a vegan baked rice pudding was developed, which certainly can not replace the original dish of the grandmother, but it hits its taste pretty good.

While it was not that easy to veganise the original recipe, the preparation is actually quite simple. Sure, it takes a while until the finished baked rice pudding is finally on the table. But this is more due to the long cooking time than complicated steps of preparation. After all, the rice pudding needs about 30 minutes on the stove first and the baked rice pudding needs another 50 minutes in the oven. The result is definitely worthwhile and shines in winter as well as in summer. Then you could exchange the pickled sour cherries with some fresh fruits. 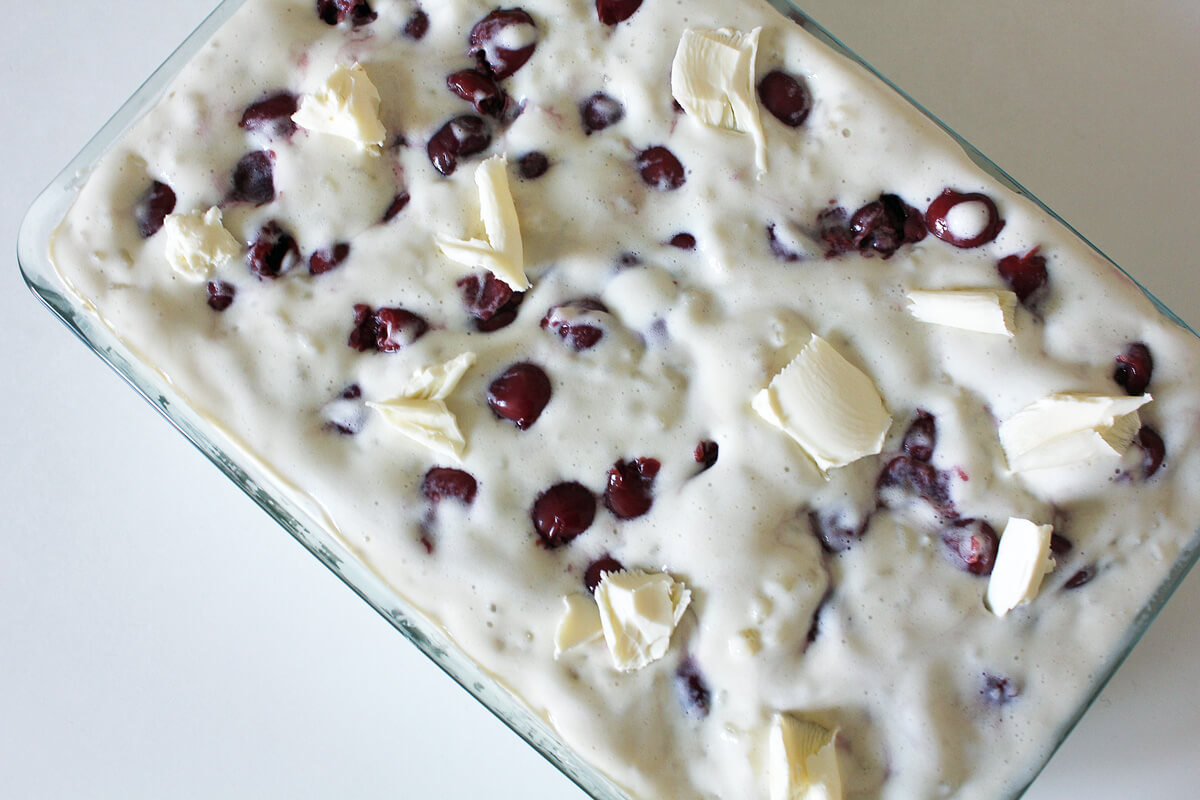