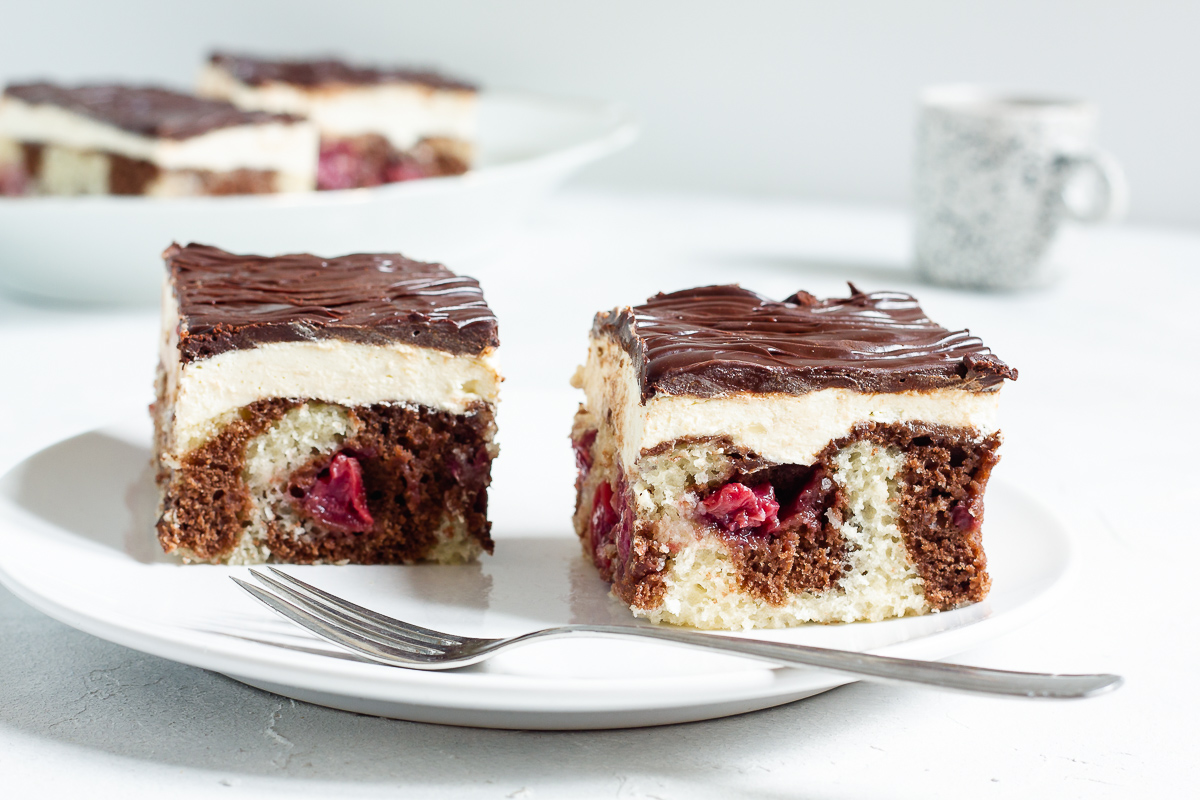 Do you like Donauwelle? Yes or yes? Today, in any case, everything revolves around this German cake classic, which was Andi’s absolute favourite cake and is now again. Because we prepared the sheet cake with sour cherries, buttercream and chocolate icing without any eggs or cow products. And the vegan German Donauwelle cake tastes at least as good as we know it from our past memories.

The base of the cake is a vegan, marbled sponge cake base. For this, half of the dough is simply mixed with a little cocoa powder. This creates a light and a dark layer of dough. The two layers are then baked in the oven along with the sour cherries.

Meanwhile, the next layer can be prepared. Because there is a vegan buttercream on top of the dough. This consists of, what a surprise, whipped vegan butter. Then just stir a little pudding under.

Sorry for the foul language, which we are happy to forgive the Norwegian indie pop artist and queer icon (at the age of only 22!) Marie Ulven Ringheim. But the song is just a fuc*ing catchy tune! 😉
(Would you like to listen to all the songs for the recipe? Find them collected in one playlist here) 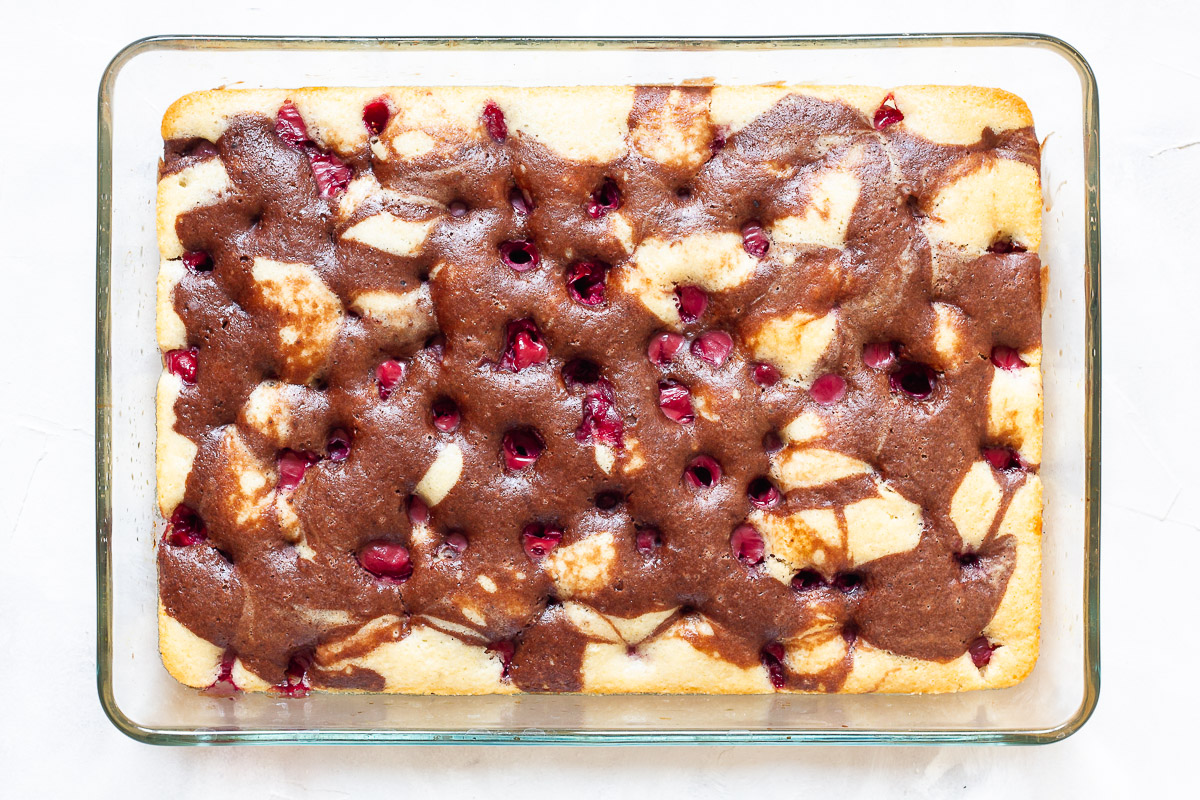 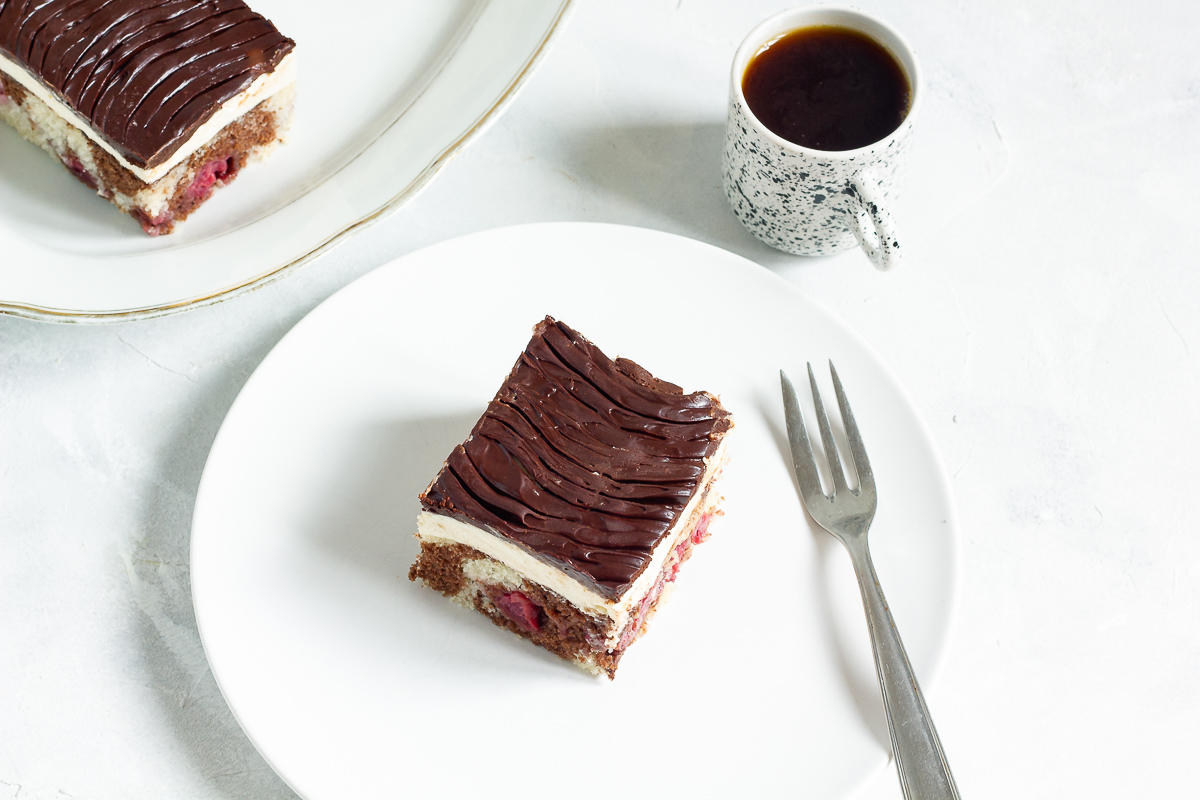 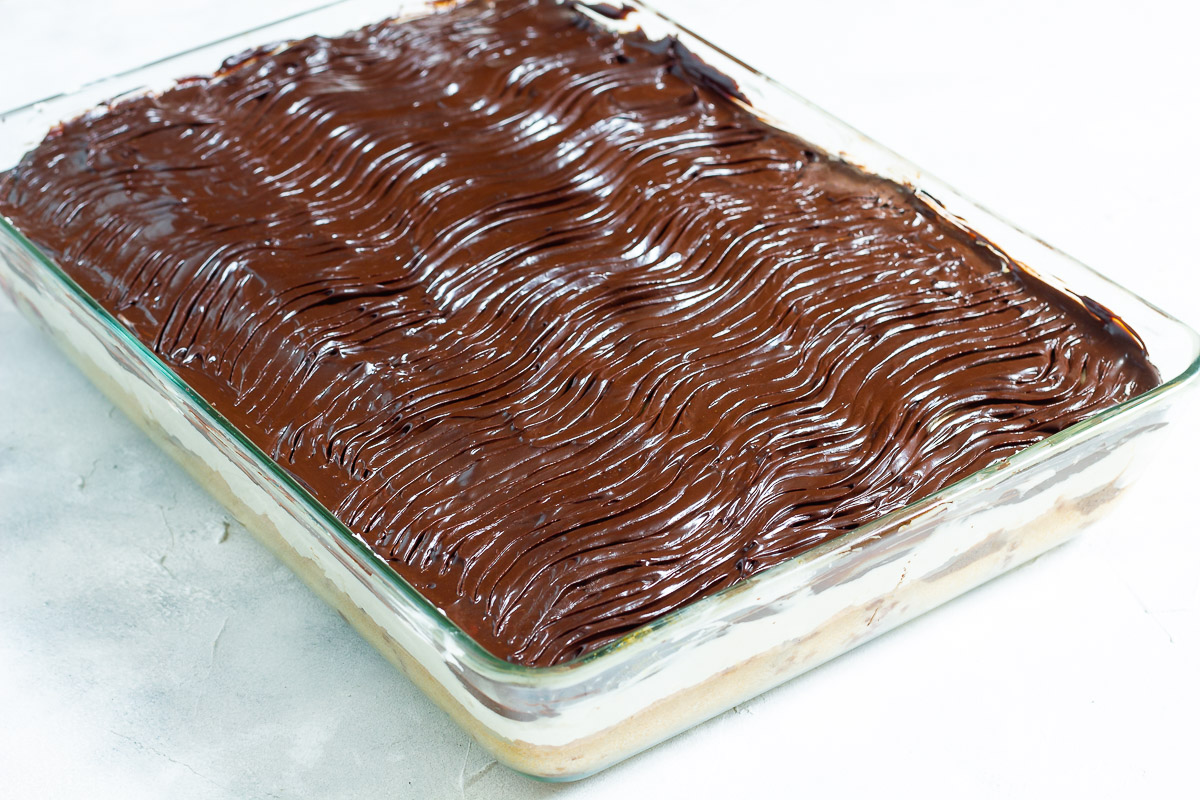