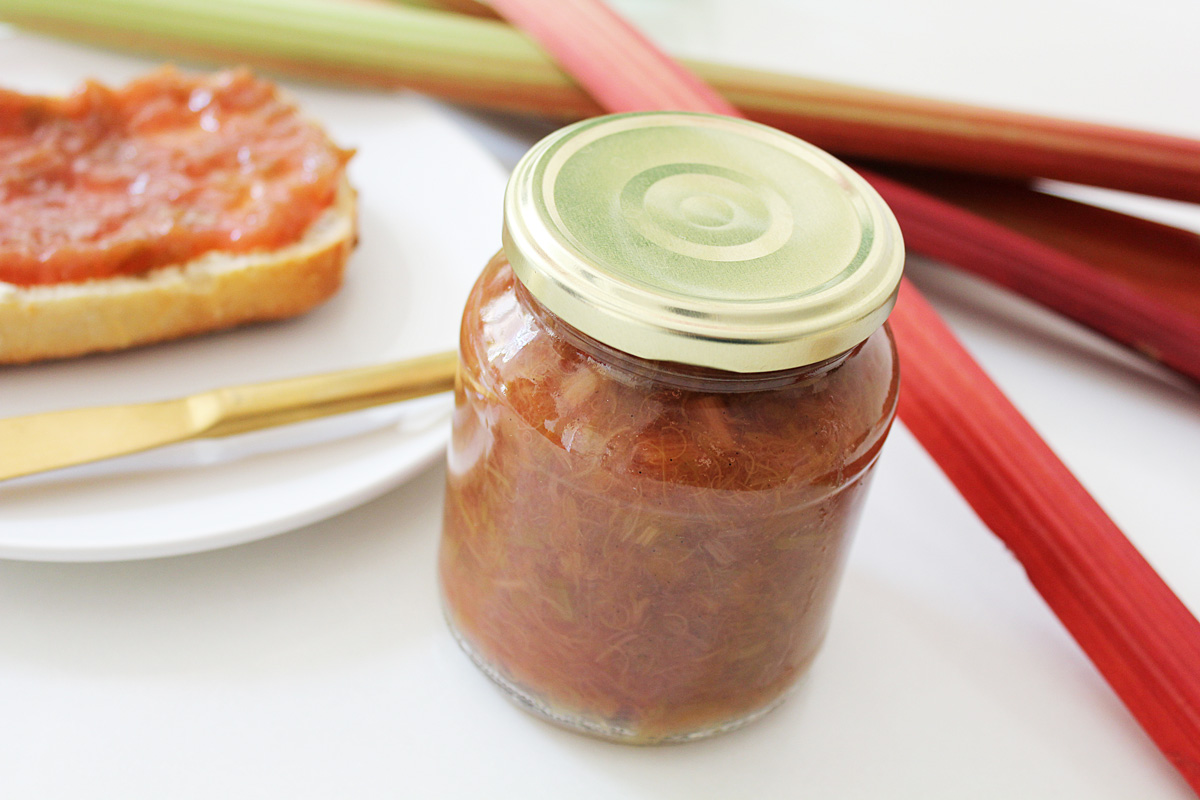 Rhubarb season here only lasts from April until June. The plants are not harvested after, so they can regenerate for the next year. That’s why recipes to preserve the tasty rhubarb are so precious, so you can enjoy it also later in the year. This vegan rhubarb & vanilla jam can be prepared in large amounts and is relatively cheap although using fresh vanilla. So you have always a jar of rhubarb pleasure on hand, either for your breakfast roll or as a present for friends.

You don’t have to peel the rhubarb or remove the strings for the jam. It will do, if you just wash the stalks to remove the coarsest dirt and then trim off the ends. Super easy! 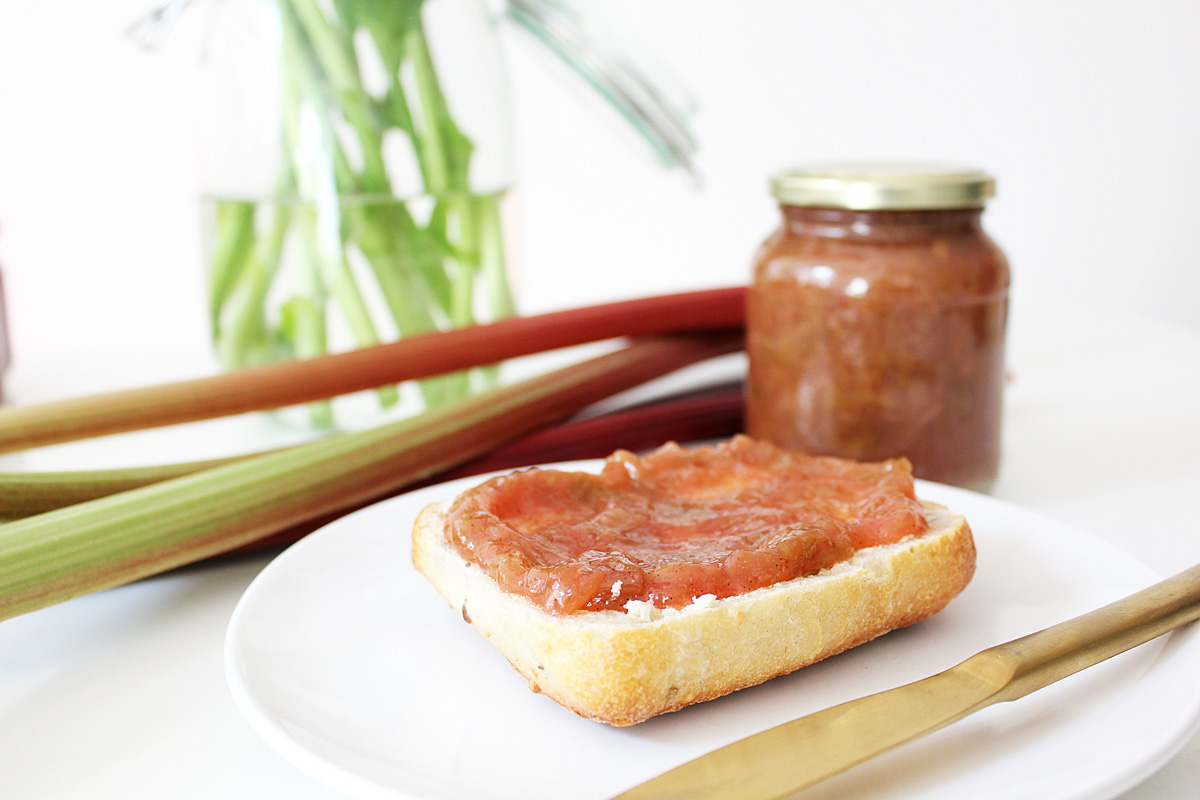 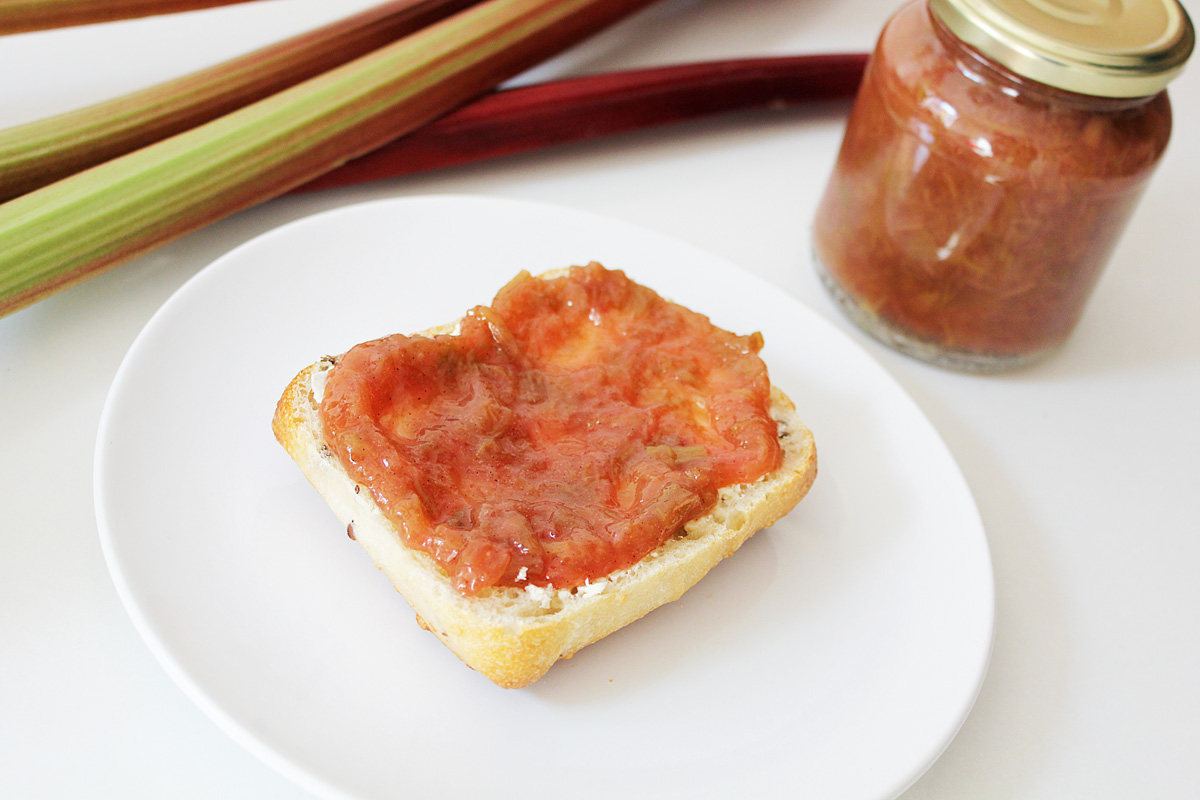 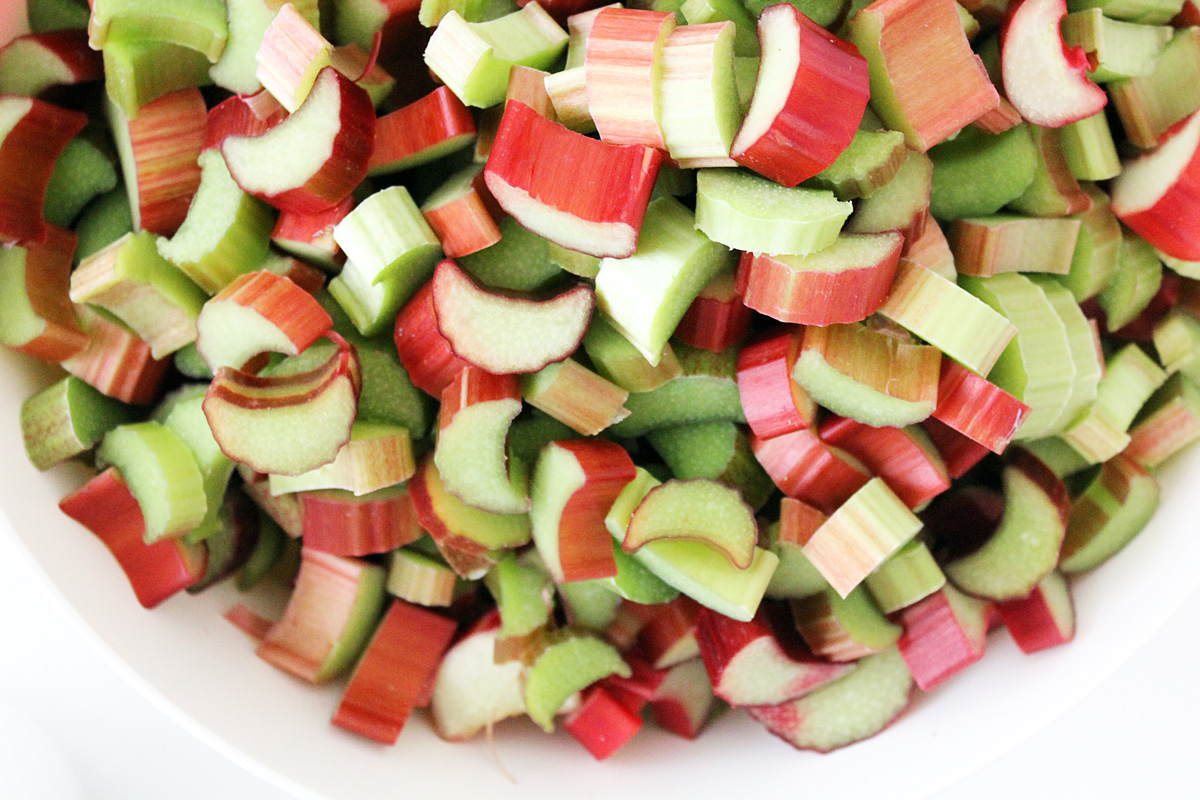 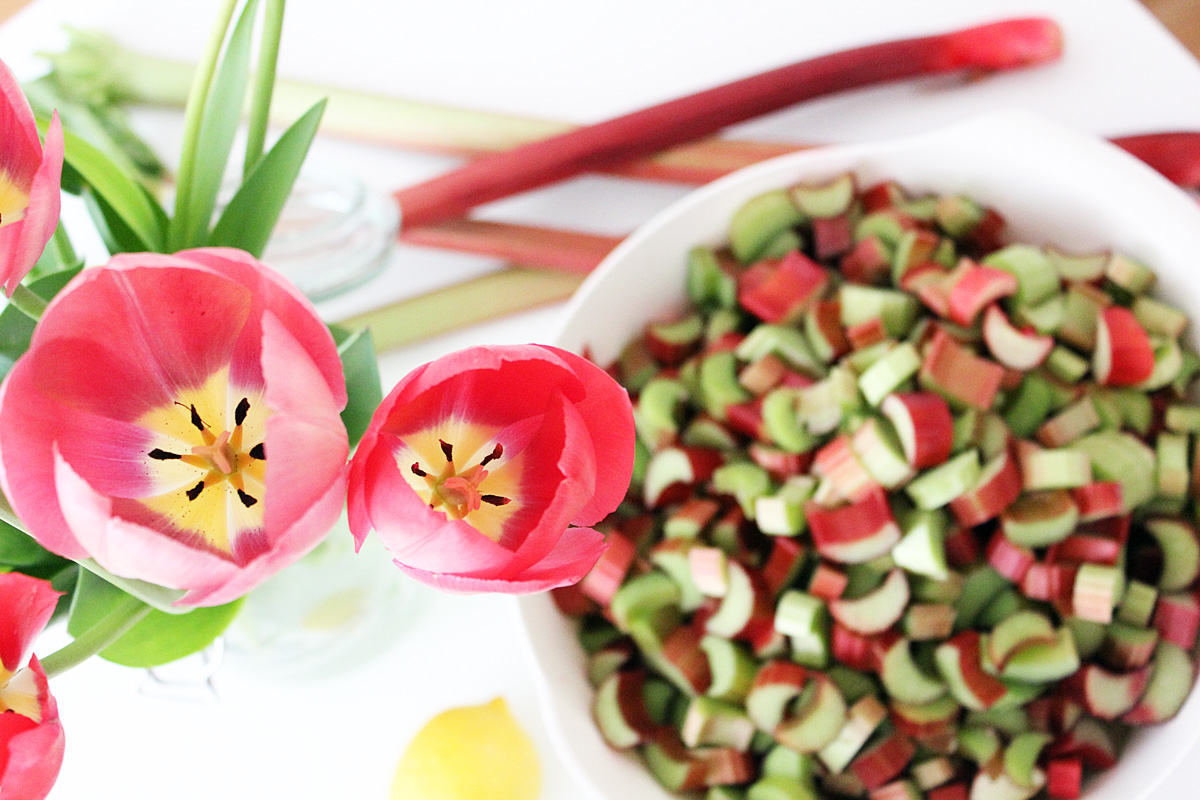 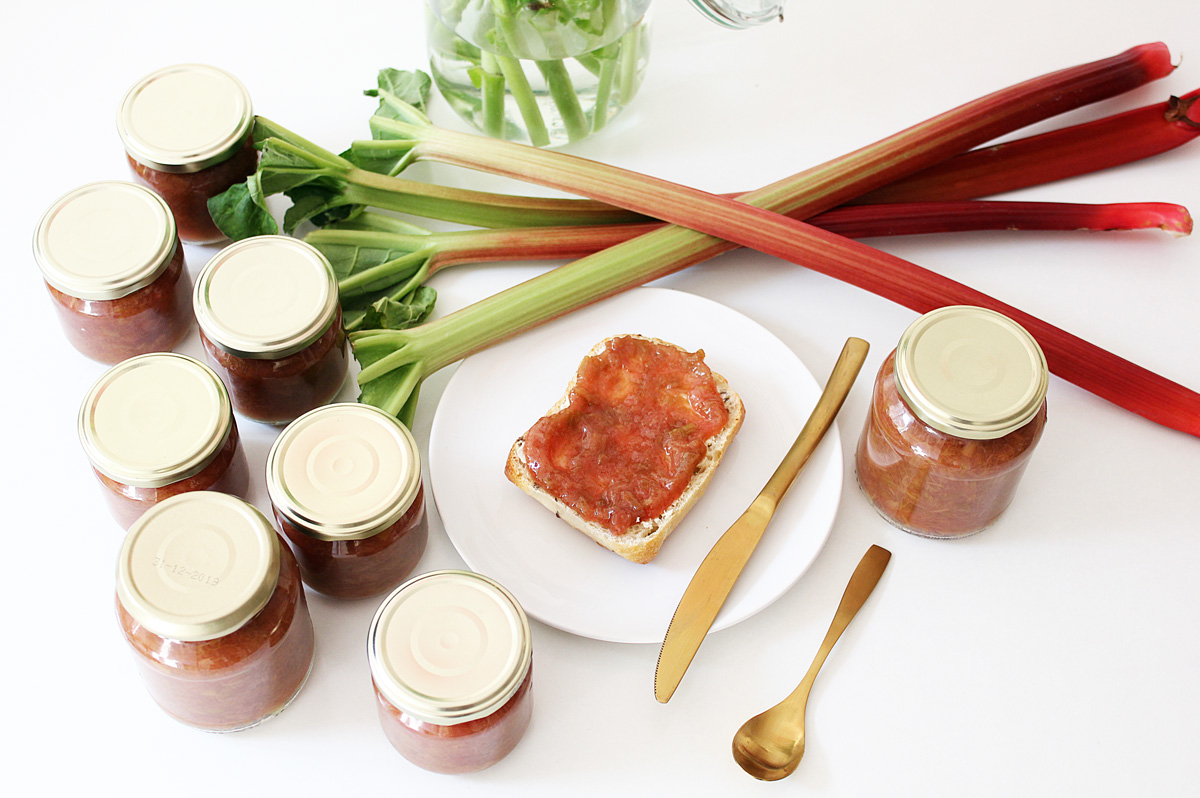