Pizza marinara alongside pizza margherita is one of the two basic pizzas from Naples. Neapolitan pizza is characterized by its simplicity. A classic marinara only is topped with tomato, garlic, oregano and a bit of olive oil. It’s hard to prepare a pizza simpler and cheaper than that. Some might ask themselves now: an Italian pizza without mozzarella? Yes, the original recipe for pizza marinara is already vegan. And no, there is no fish on a marinara, even if the translation means sailor’s pizza. But enough theory. Here’s the recipe for a very simple, cheap, quickly prepared but still very tasty version of pizza marinara. 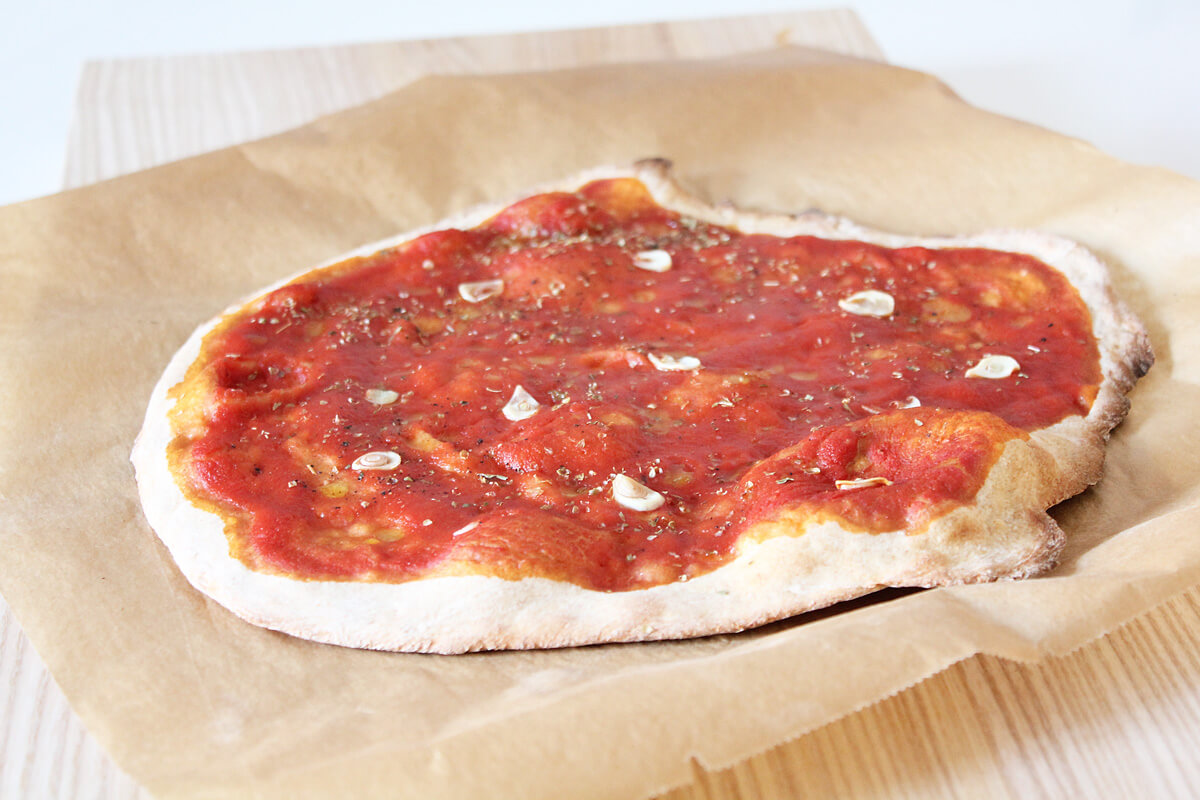 Preparation
1. Prepare the pizza dough according to this recipe and roll it out on a floured baking parchment. Preheat the oven and the baking sheet to full whack for at least 30 minutes.

2. Spread sauce onto the dough, leaving a border. Slice the garlic clove thinly and put in on the pizza. Season with oregano and a pinch of salt and pepper. Finally sprinkle with olive oil.

3. Transfer the pizza with the baking parchment onto the hot baking sheet. Bake until crisp and golden brown. This should take only 5-10 minutes. Buon appetito! 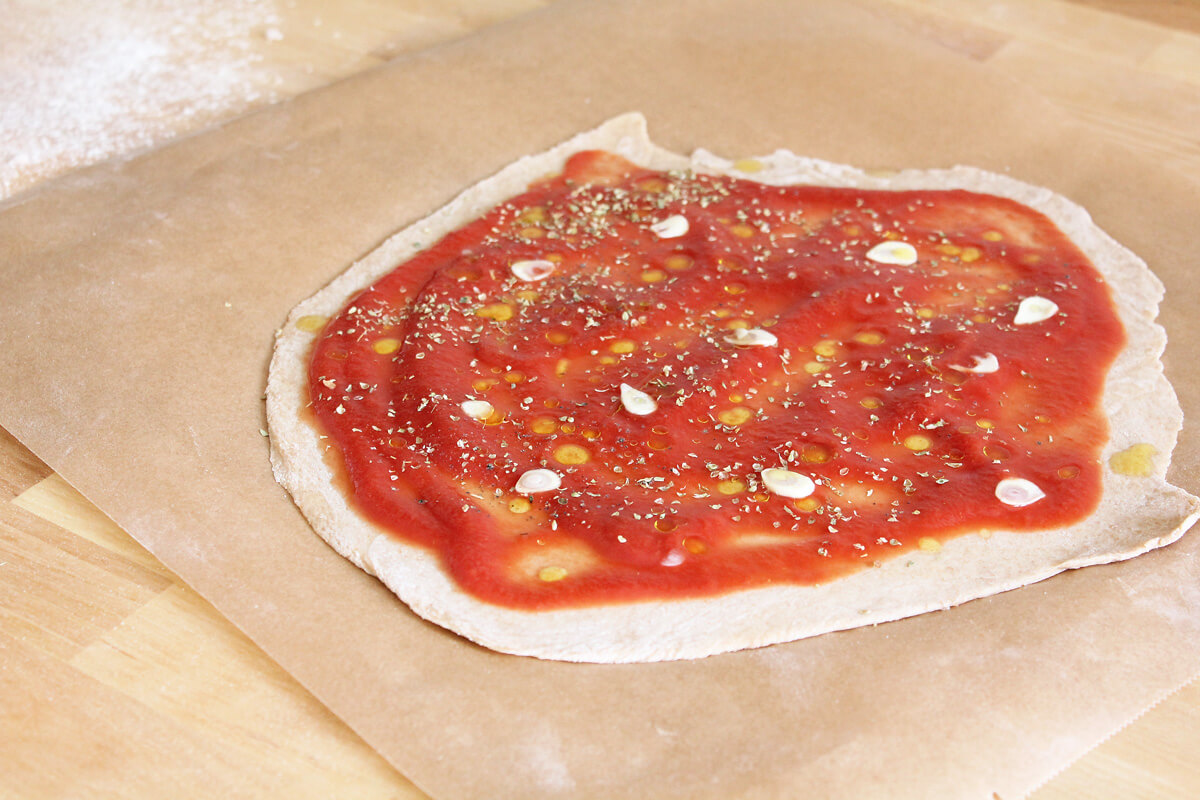