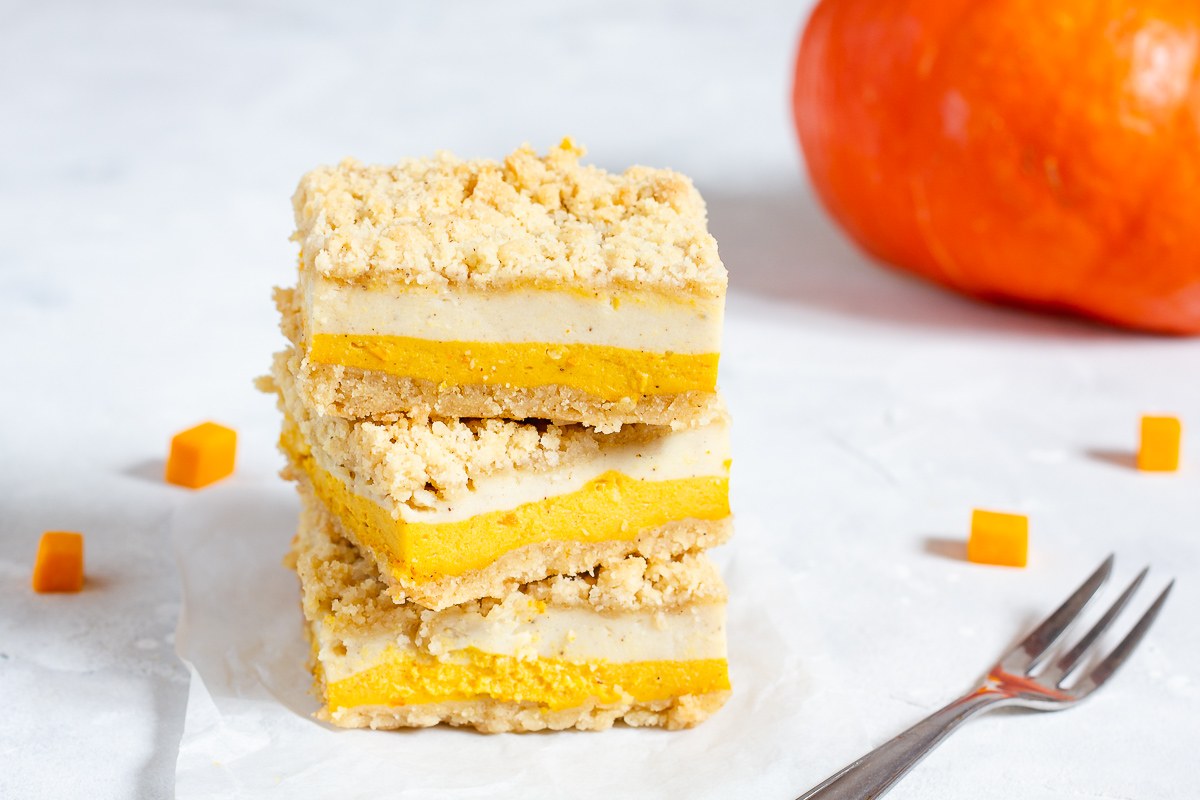 Pumpkin is and will remain the number 1 autumn vegetable. Very special about pumpkin is the fact, that it not only works wonderfully as a soup, oven baked vegetable or in other hearty dishes, but it can also be used in sweet dishes. So today we combine it with cheesecake. The result are these vegan pumpkin cheesecake bars that you can’t keep your fingers off. Promised!

The vegan cheesecake mixture is based on vegan quark. It can now be found in almost every major supermarket. Alternatively, soy yoghurt in skyr style is also possible. Sugar and lemon bring the perfect balance of sweetness and fresh acidity. A little bit of cornstarch creates the binding. And because a light vanilla aroma is always good, we use vanilla pudding powder directly instead of plain cornstarch. It is basically starch with flavour. 😉 We then mix seasoned pumpkin puree under half of the cheesecake mixture. This gives us two layers of cheesecake that are different in colour and taste.

All of this can be placed on a cake dough. And because on the one hand we want to have crumbles on top as well, but on the other hand we also want to avoid unnecessary work, we have come up with a very simple solution. The crumble mixture is simply used as a base too. So you only have to knead the flour, butter and sugar once to prepare both the cake base and the crumble topping. Mega! 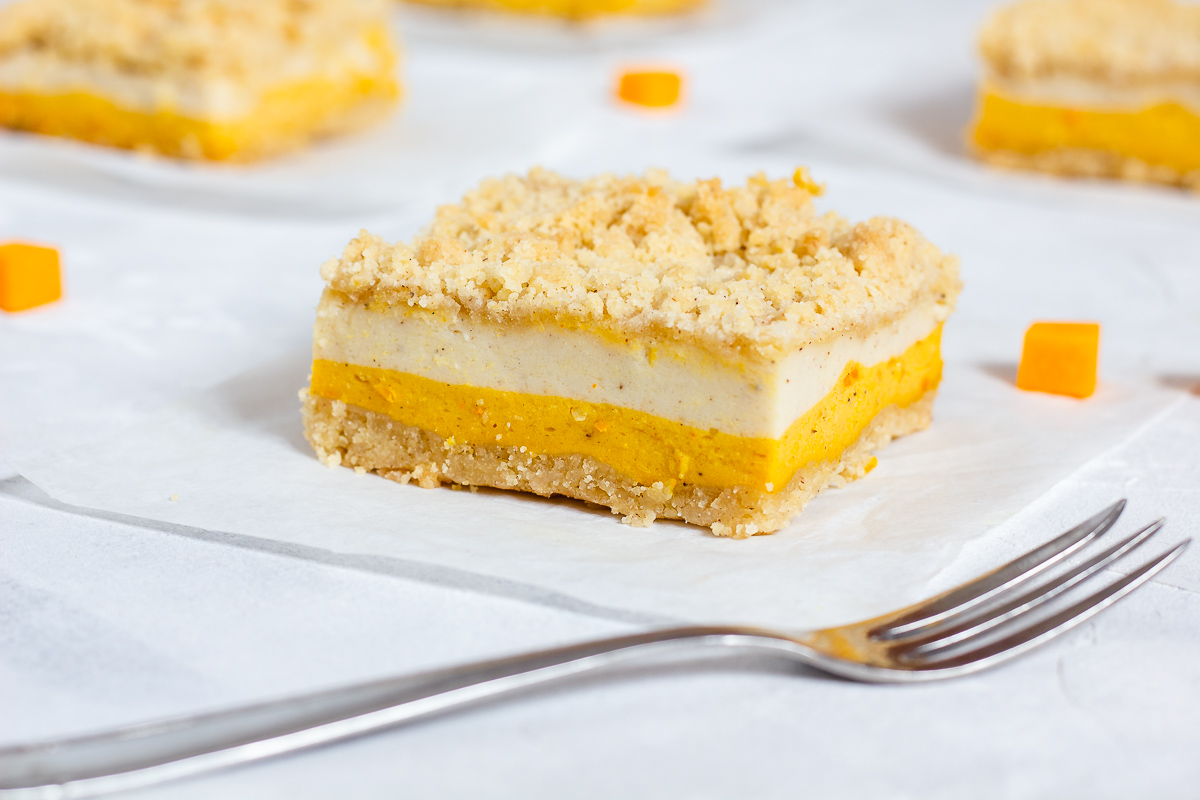 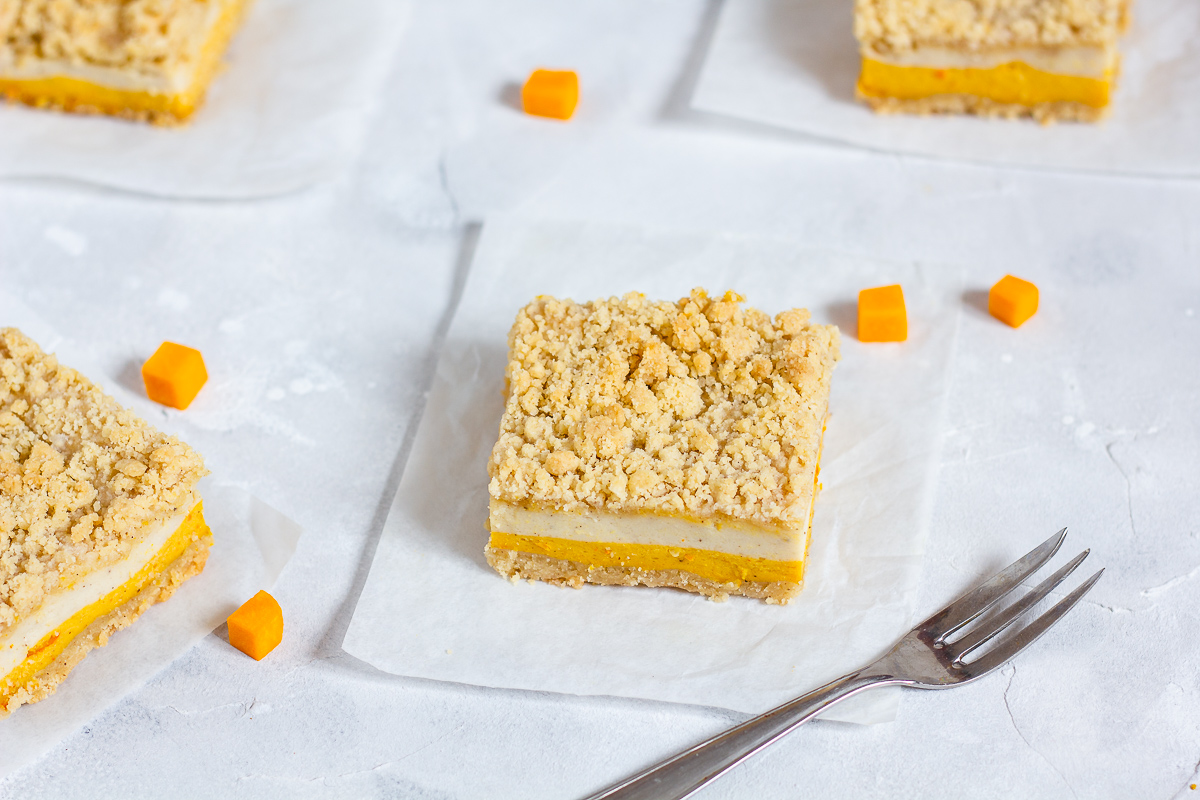 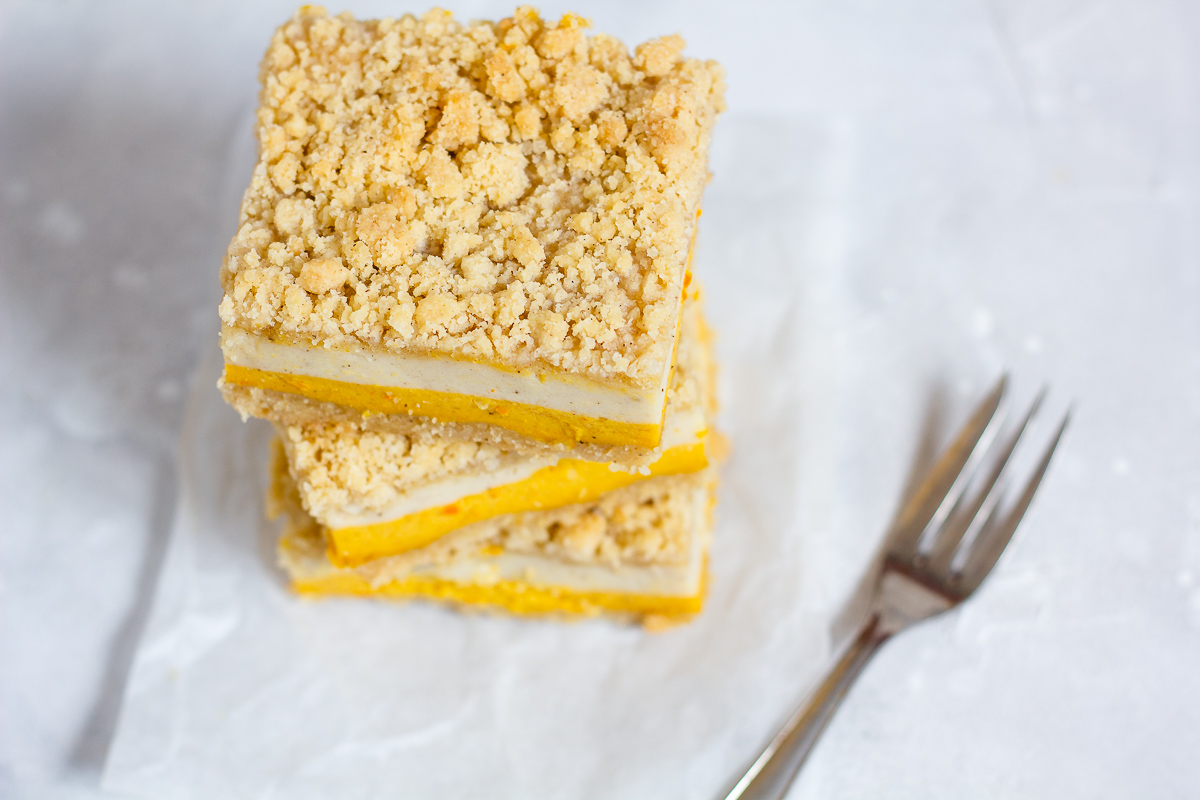