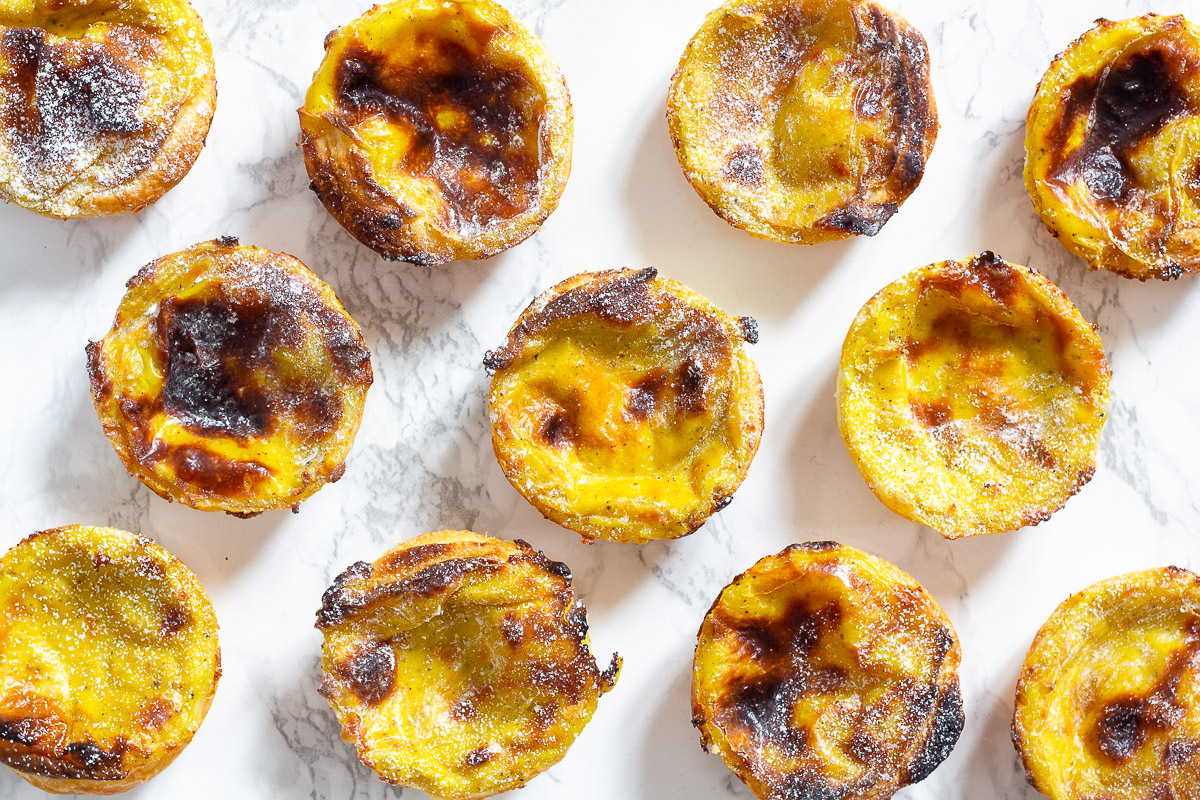 Bom dia! And yes, today is a really good day because we have vegan Pastéis de Nata. In case you’ve never heard of it. These are small puff pastry tartlets from Portugal filled with a creamy pudding mixture. In the original, there is also a lot of egg yolk in there, but of course we’ll leave that out. Fortunately, it also tastes really good without. The natas are rounded off with a pinch of cinnamon, powdered sugar and a touch of lemon zest. They taste good as dessert, with coffee or tea or just as a snack in between.

The preparation is super easy. Especially because we use store-bought puff pastry for the dough. Cook the pudding mixture. Spread it on the molds. Fill with pudding. Off in the oven. That is basically the procedure. You should just bring some time to let the pudding cool properly. It should not boil over while baking. So on one hand, the dough must not be filled with too much pudding mixture. On the other hand, the pudding should be chilled beforehand.

Pastéis de Nata is by the way the plural form of Pastel de Nata. The custard tarts are also known under the name Pastéis de Belém, as they were invented in Belém, now a district of Lisbon. The dark, caramelized spots on the tartlets are not a blemish, they are absolutely desirable. They belong to Nata like Cheap belongs to Cheerful. 😉 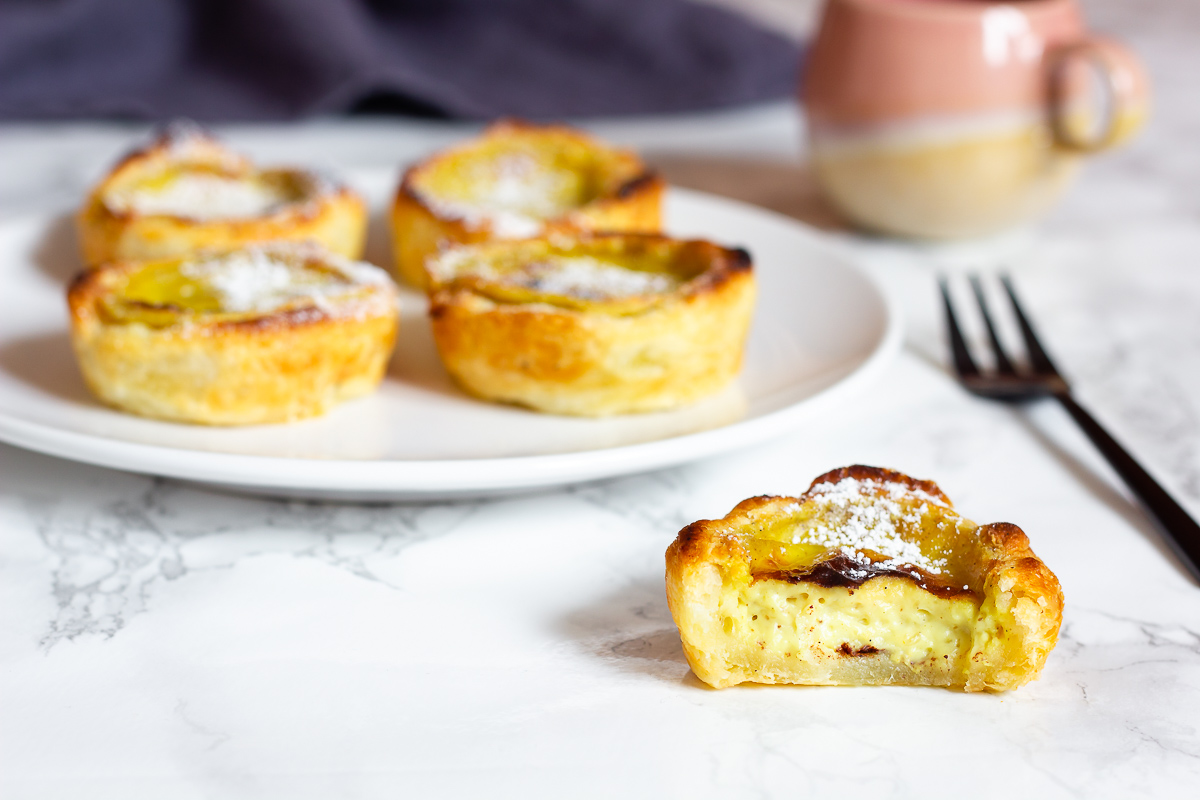 Fado is a Portuguese style of music that is characterized, among other things, by sad lyrics, guitar accompaniment and music in a minor key. Milky Chance take up the Fado theme in this song, but reinterpret it.
(Would you like to listen to all the songs for the recipe? Find them collected in one playlist here) 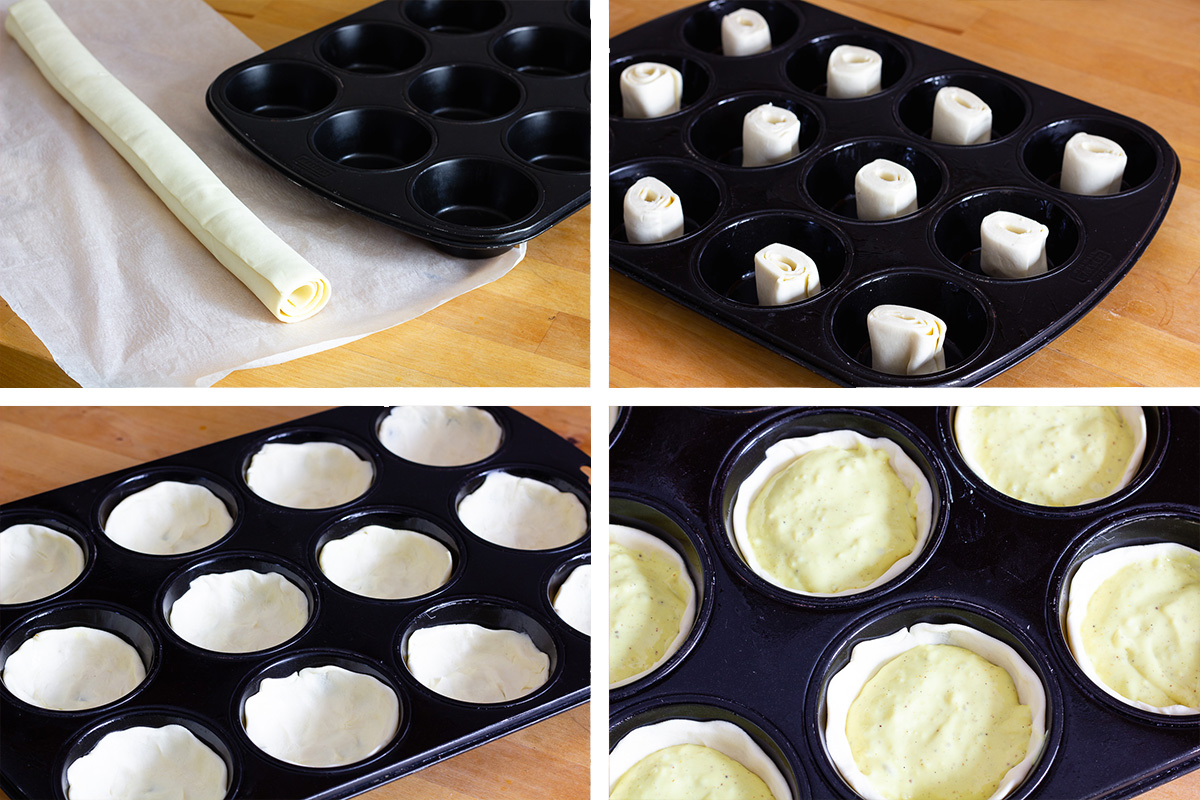