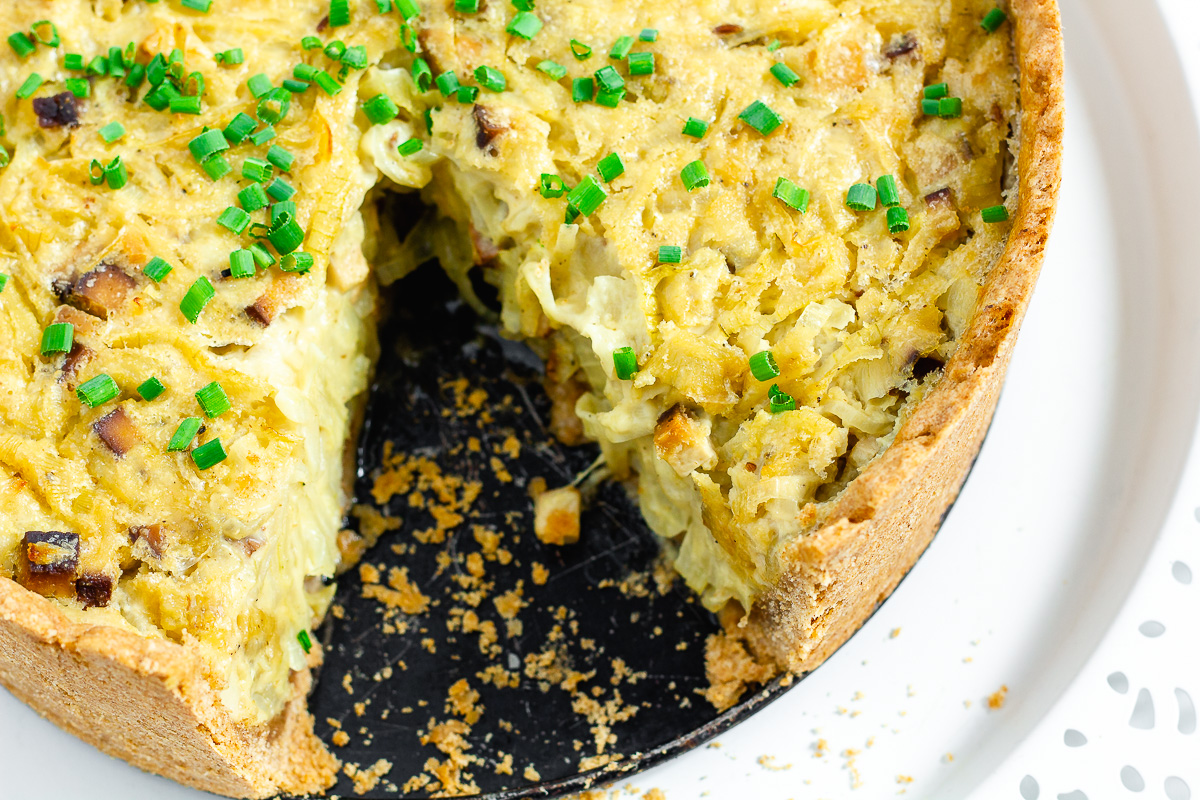 For many in Germany, autumn time is traditionally also onion cake time. At least in the southern half of the country. Onion cake sounds old-fashioned at first, but it’s actually really tasty. Maybe we have to use the French termn Quiche Lorraine instead? The original is anyhow a hearty cake filled with onions, diced bacon, cream or sour cream and egg. In our vegan version, in addition to the onions, we use smoked tofu cubes, vegan cream and some chickpea flour and corn flour for the binding. This mass is seasoned with salt, pepper and caraway, which also makes the onions more digestible.

A warm piece of onion cake with a cold glass of Federweißer (new wine) or white wine. Well, have we made you curious after all? The onion cake is usually square and made in a tray or round and made in a cake pan. We went for the second variant so that the pieces are nice and thick and juicy. If you fancy the tray variant, you should perhaps leave it in the oven a little shorter.

What is the difference between Onion Pie and Quiche Lorraine anyway? Sure, one traditionally comes from German-speaking countries and the other from France or the Lorraine region. But honestly, we can’t really see any differences in the ingredients. OK, maybe in Germany a yeast dough is more often used as a base and in France a shortcrust pastry is more common. But probably that’s it. We by the way also stick to our simple shortcrust pastry made from whole wheat flour, which we fore example have already used for the Swiss chard quiche. 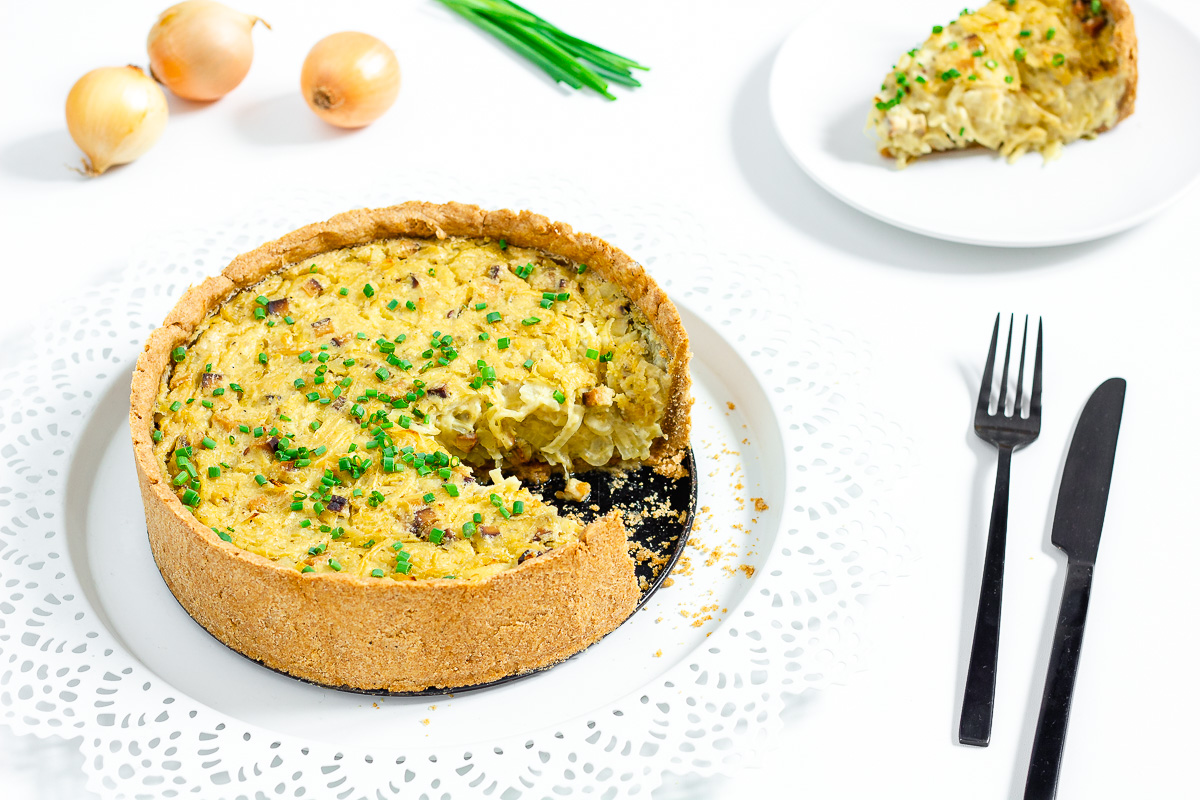 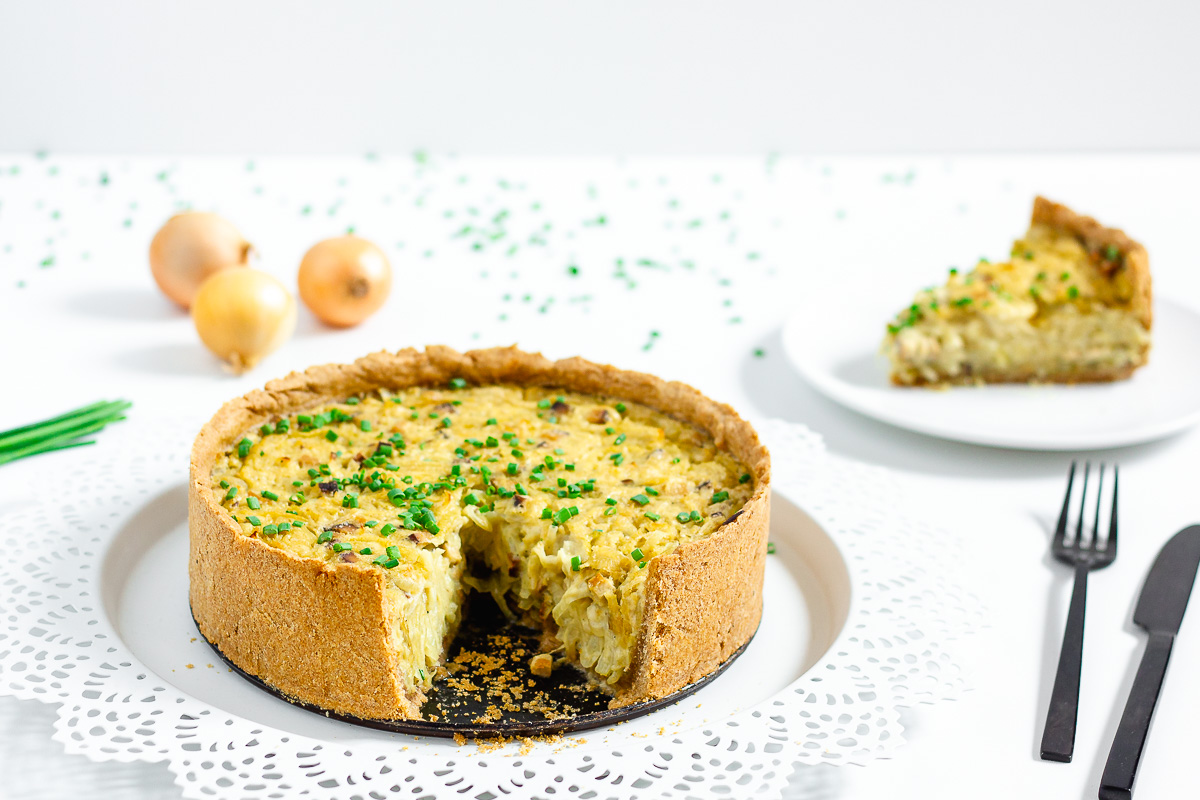