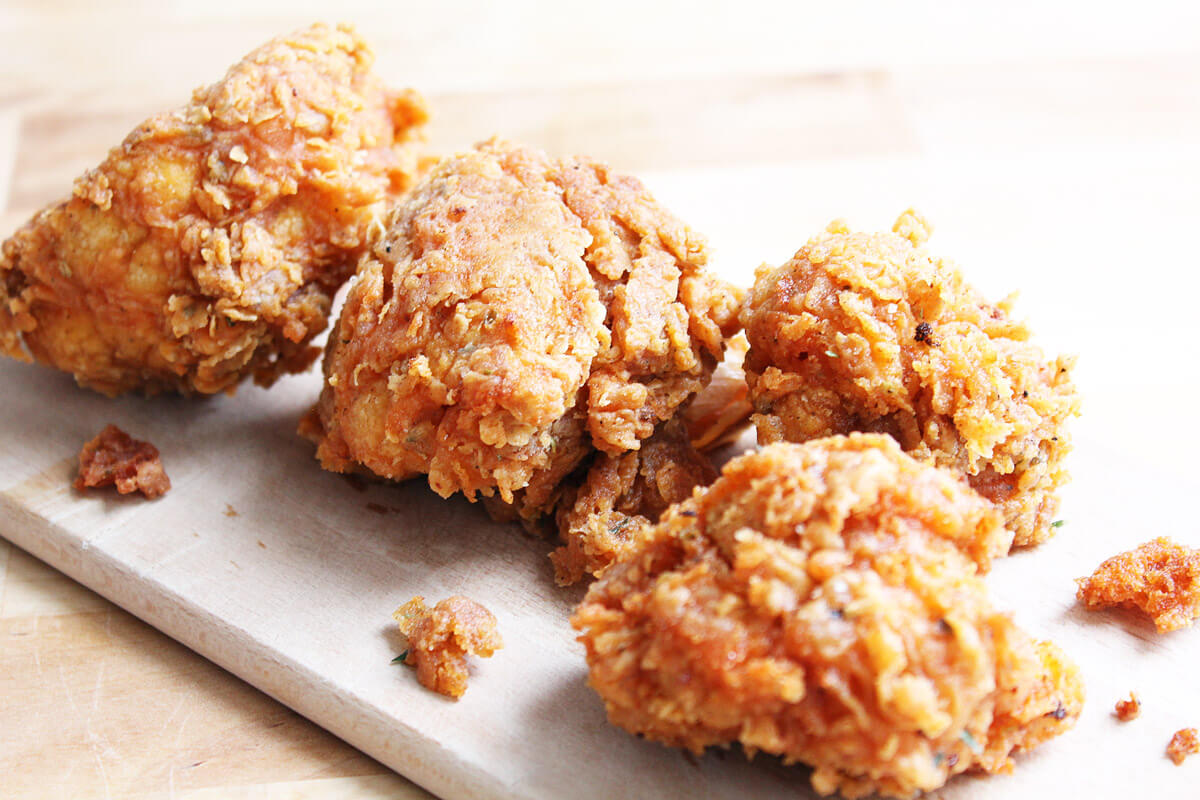 Right before Super Bowl Sunday we have a new tasty recipe for all fans of finger food and American fast food: vegan cauliflower hot wings. The cauliflower wings are aromatic, crunchy and pleasantly hot – or just „finger lickin’ good“. Kentucky Fried Chicken’s hot wings served as a role model for this recipe. They are something like my youthful folly or my guilty pleasure. Because not only on Super Bowl nights I stuffed myself with these chicken wings.

Consequently the selection of spices for our vegan cauliflower wings is kept close to the original KFC recipe, which has supposedly been leaked by the Chicago Tribune. Crucial besides seasoning is of course the preparation. The wings have to be crispy instead of sticky. Therefore they are not just brushed with marinade and baked in the oven, but they are two-times coated with a flour mixture and then subsequently deep-fried until crispy.

Because the hot marinade in combination with the wonderfully crispy coating is responsible for the authentic taste, we can easily go without meat subsitutes made from seitan and soya. Cauliflower, instead of chicken, is allowed to take a bath in the spicy marinade and coating. Because of the deep-frying our vegan version is indeed still not healthy, but at least it’s a little bit healthier than the original of KFC. And it’s a lot cheaper anyway. 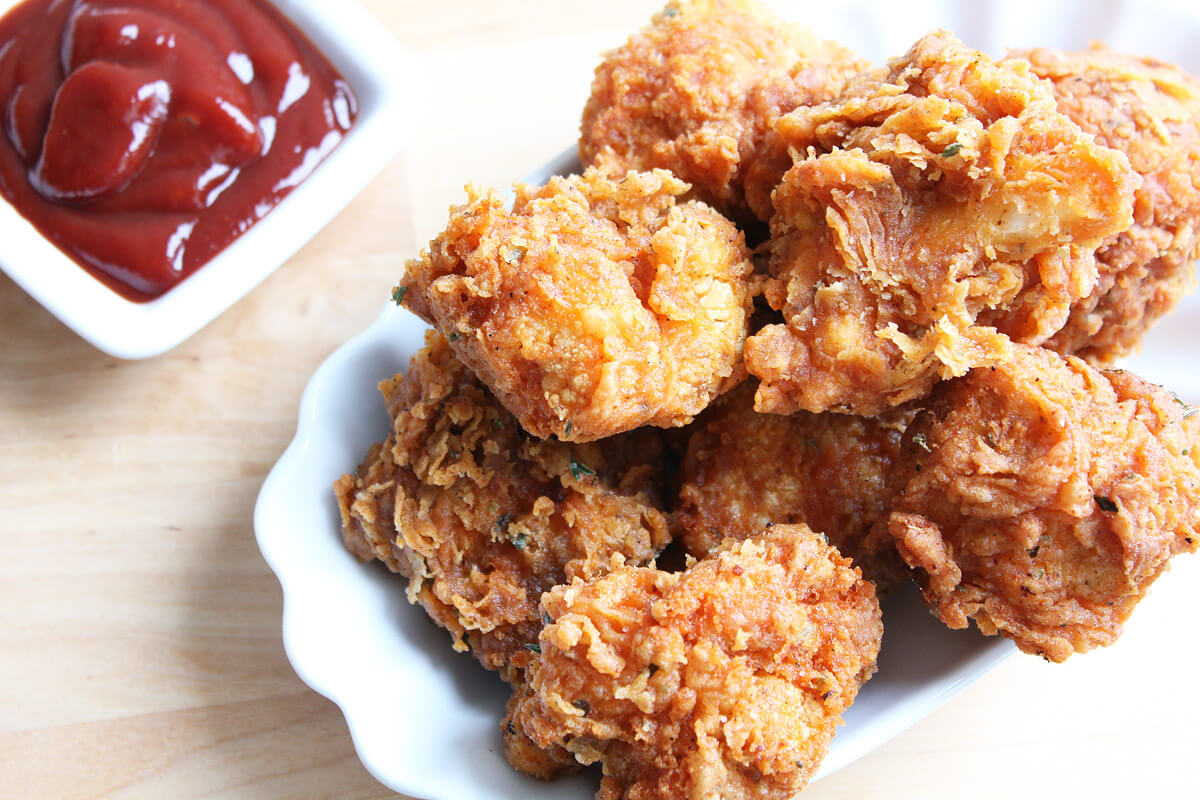 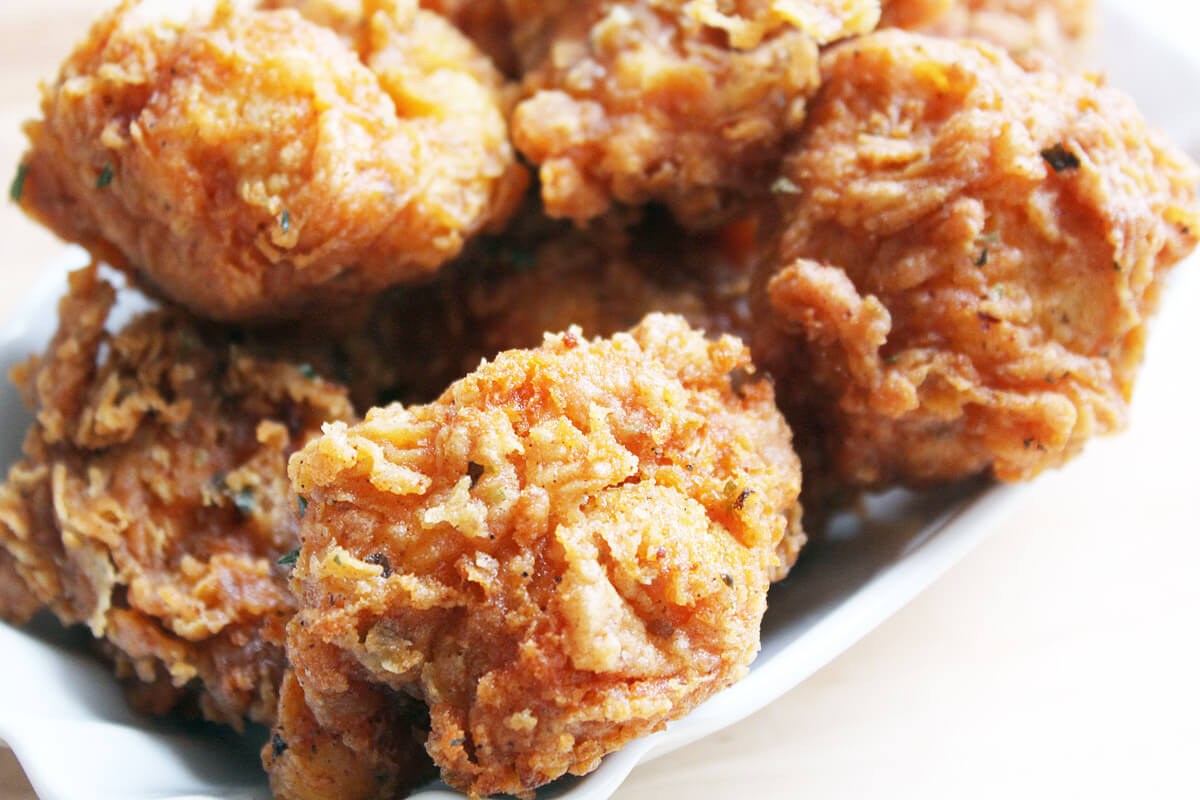 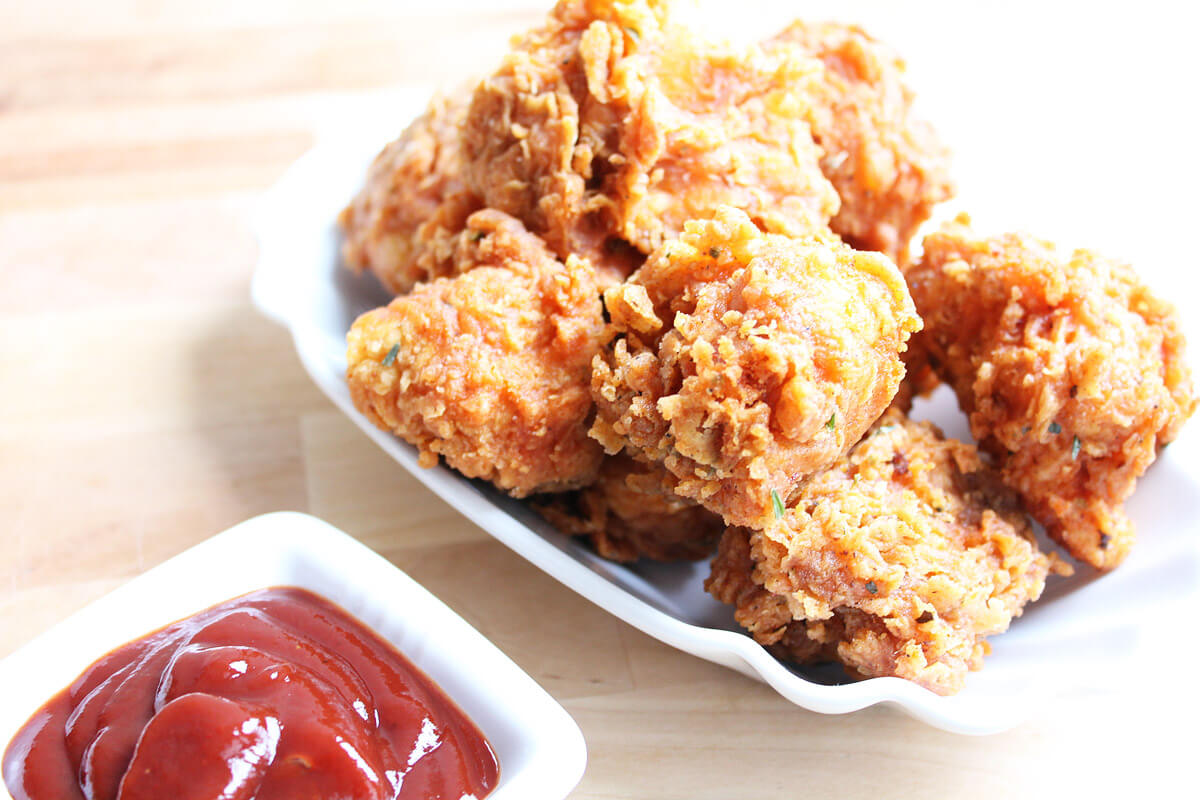