Hello, sweet asparagus season. Of course the classic asparagus with vegan hollandaise sauce and some potatoes will be on our plates at least one time in the next couple of weeks. But we also love trying new things. And so the idea arose that white asparagus could also be packed as a topping on tarte flambee. Ideally cut into small pieces so that you don’t have to cook it beforehand. Easy peasy. So here is our vegan asparagus tarte flambée with rocket.

For the tarte flambé we use a super simple and quick dough without any yeast. Perfect in times of corona, hoarding an panic-buying. 😉 Of course, you can also make a more complex pizza dough or use store-bought dough instead. It’s only important that you roll out the dough thinly so that it becomes really crispy.

As a topping we first mix vegan sour cream from 3 ingredients (plus salt). In addition to the asparagus already mentioned, red onion slices, rocket and pine nuts are added to the tarte flambée. That’s actually it. So, what are you waiting for? 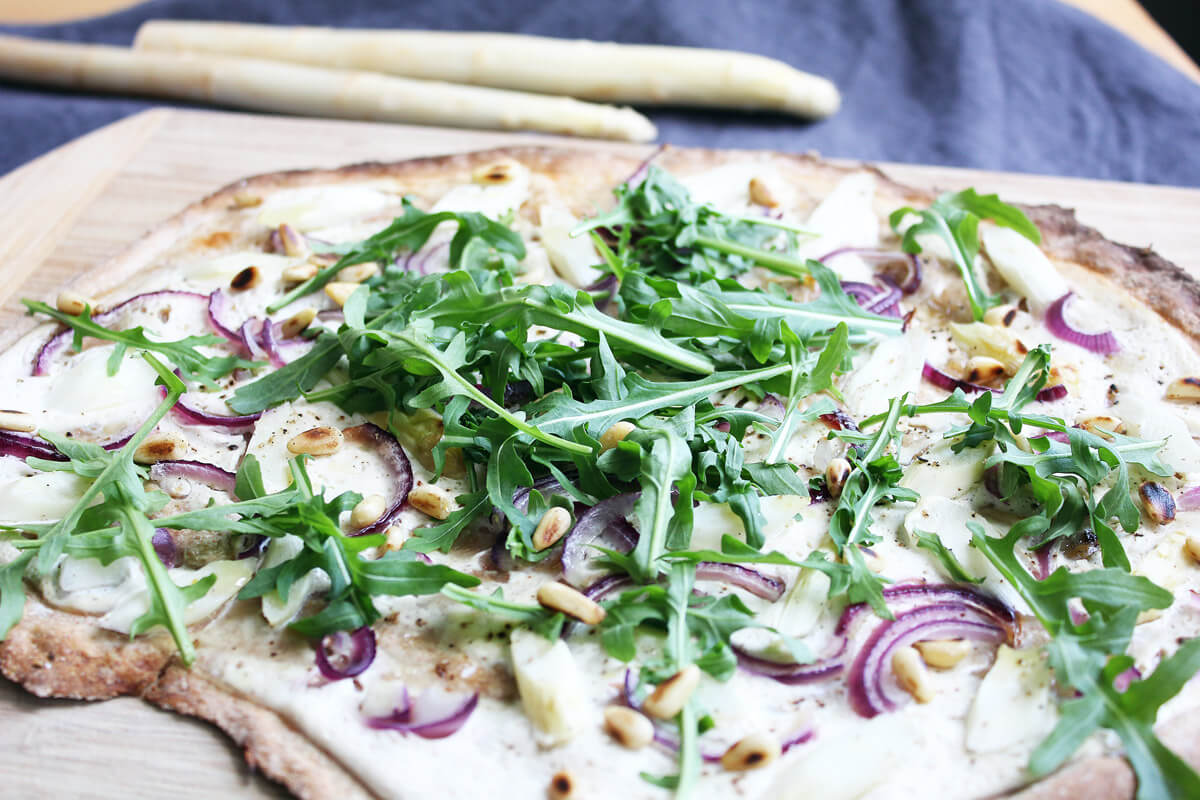