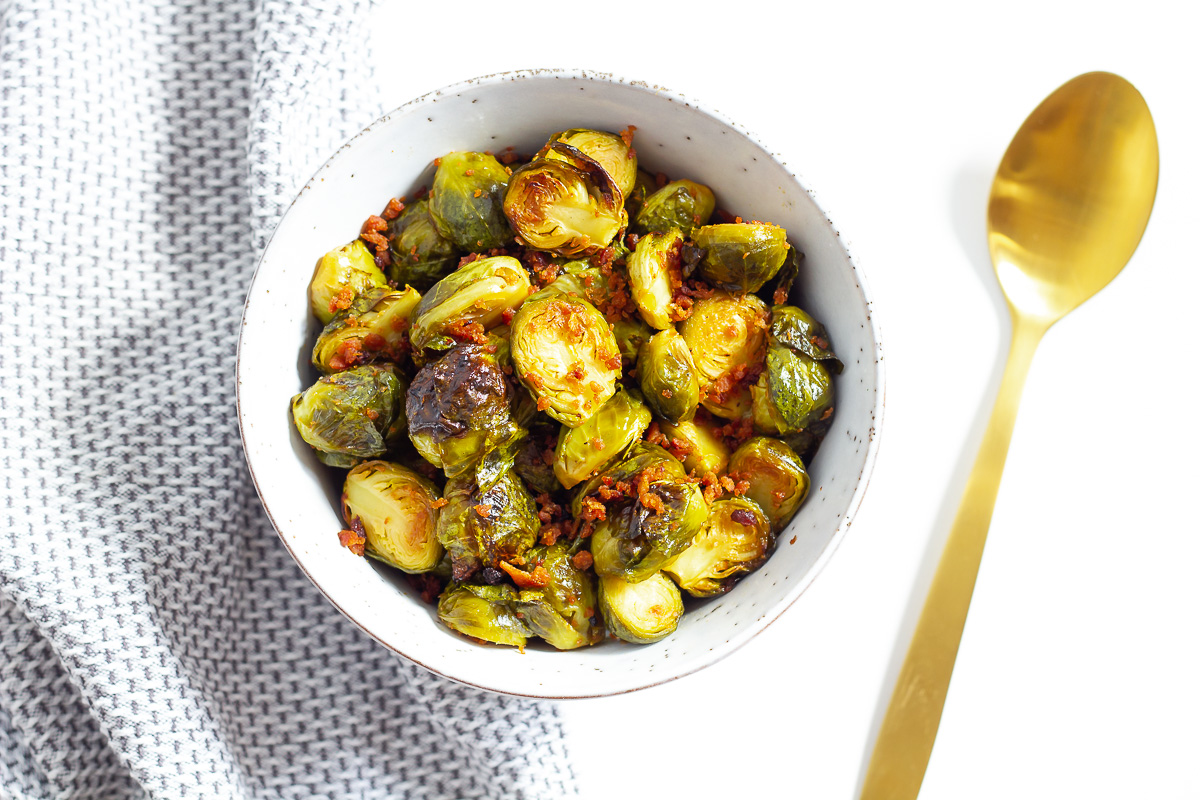 Brussels sprouts are one of those vegetables that were left behind for a long time. And that’s probably only because it was always served boiled to death. Fortunately, that has changed. And so the little brussel sprouts, as they are misspelled so often, have become increasingly popular in recent years. Quite rightly, if you ask us. Because brussels sprouts are not only delicious, they are also extremely rich in vitamins and nutrients.

Today we marinate the brussels sprouts raw and then simply cook them in the oven. On one hand, this has the advantage that we don’t throw away the healthy nutrients with the cooking water. On the other hand, the cabbage also gains flavor due to the roasted aromas that arise during baking. And that’s what it’s all about for us in the first place. Flavour!

For even more explosion of flavours, we add some vegan bacon cubes. We make these quickly ourselves from dried soy granules (the small version of TVP). Without any major soaking or pre-cooking process. Super simple, super cheap, super tasty. 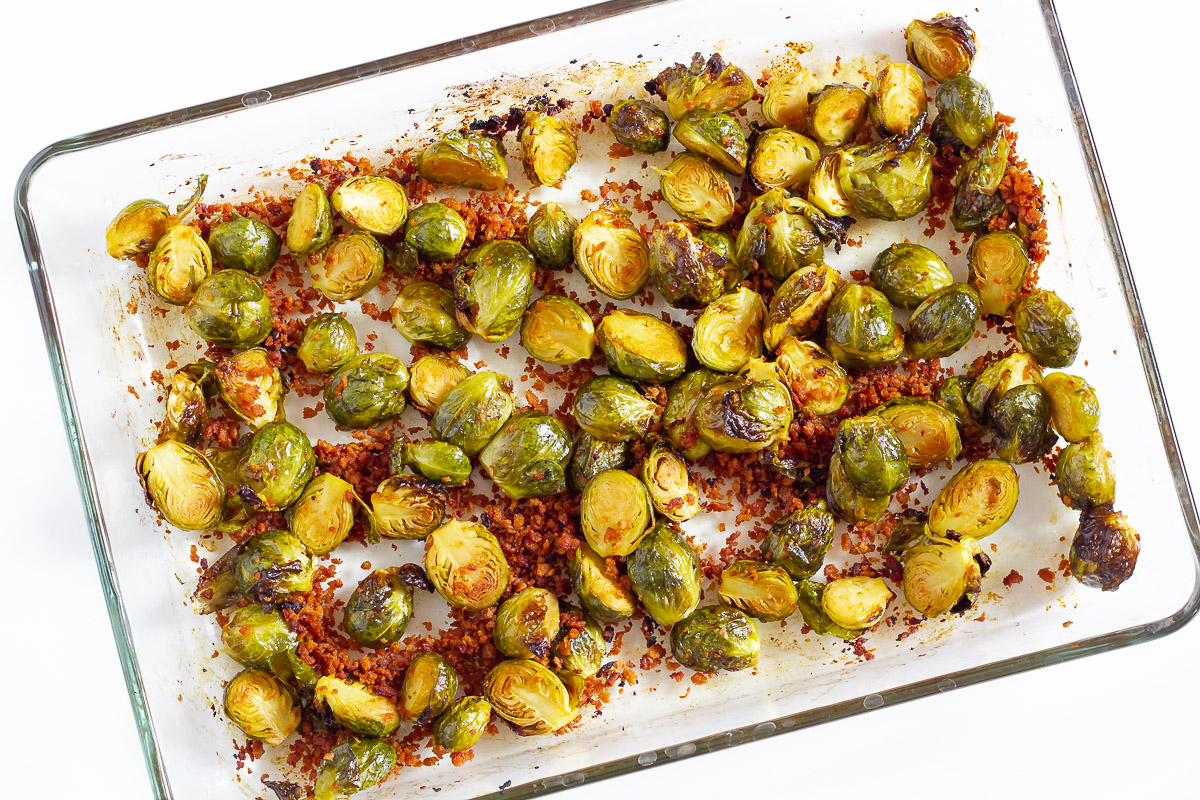 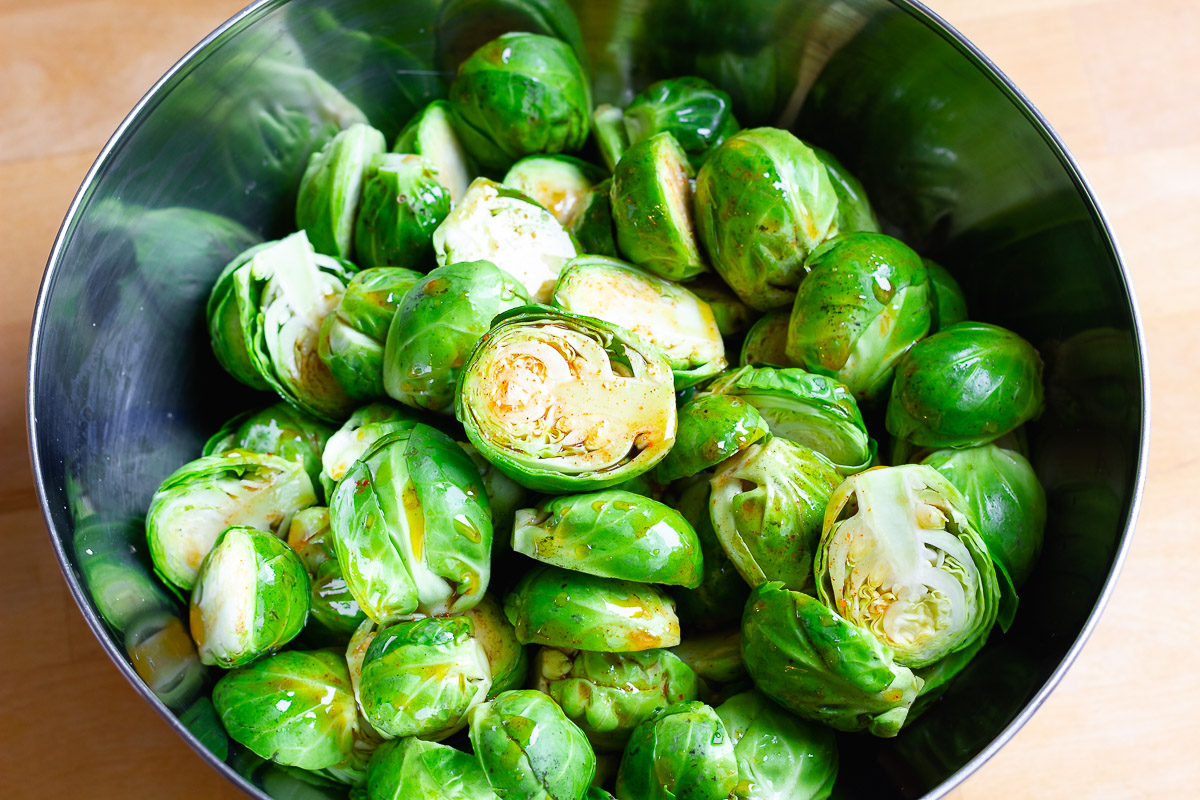 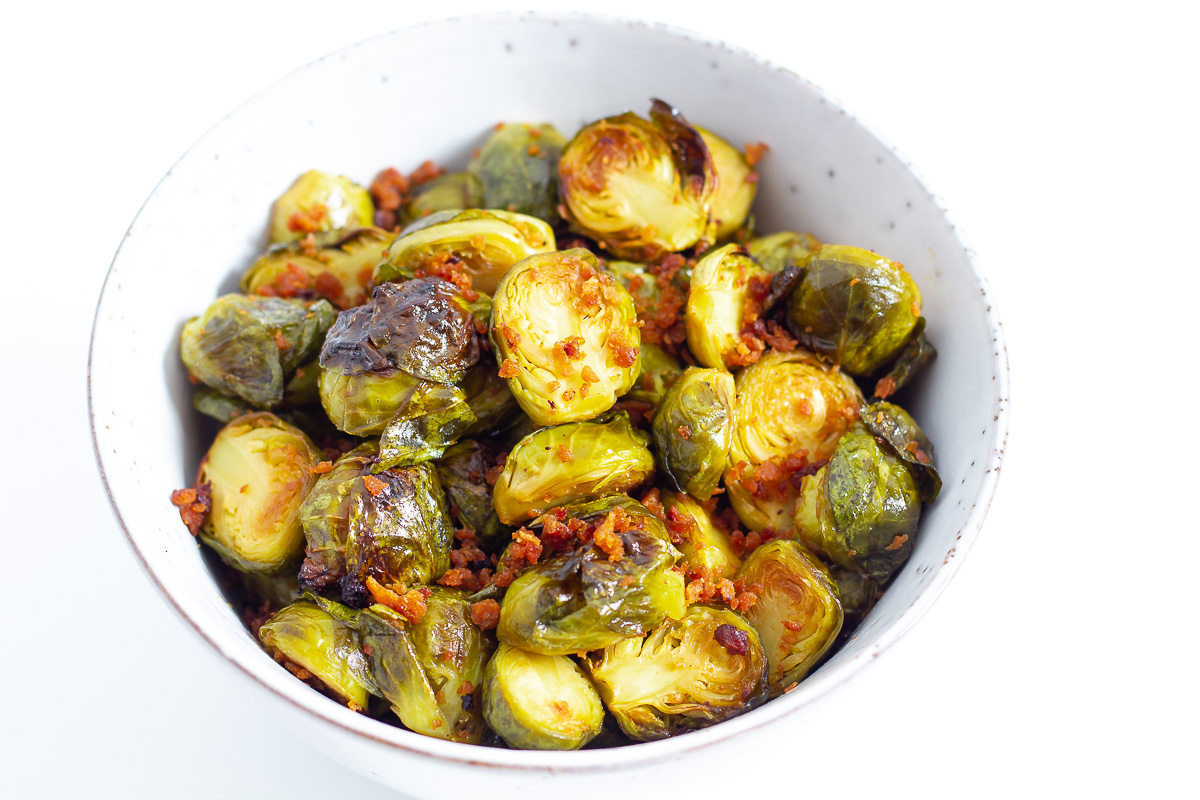