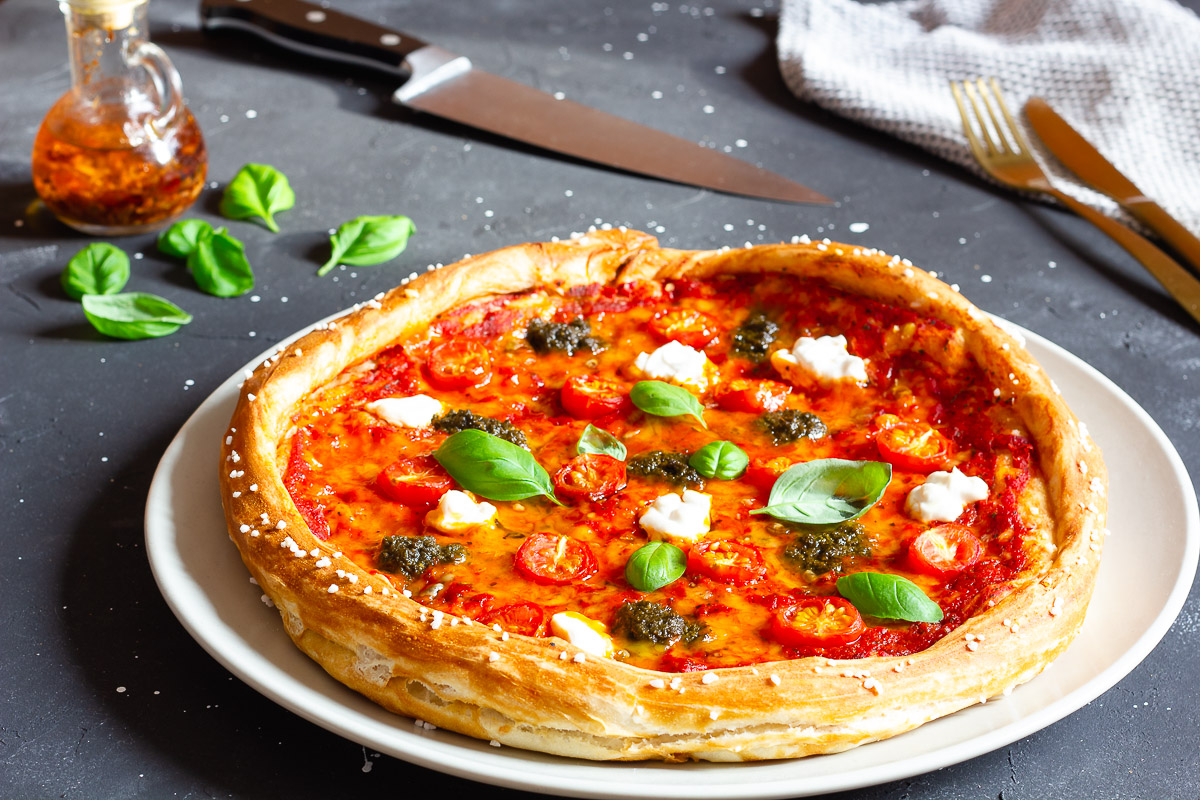 Vegan Soft Pretzel Crust Pizza? Instead of a classic yeast dough, a pretzel dough forms the basis of the pizza. And this combination tastes amazingly good. We don’t top the vegan pretzel crust pizza with Bavarian ingredients like white sausage, obazda and mustard though. Instead, fairly classic pizza ingredients such as cocktail tomatoes, green pesto, vegan crème fraîche, plant-based grated cheese and basil make the toppings.

To be honest, we don’t use any real pretzels at all for our vegan pretzel pizza. Frozen soft pretzel sticks are much more suitable for this than the soft pretzels that are also available. But why? Pretzels are dipped in lye, so it only coats the surface. If you knead the dough properly, the lye effect would be lost. However, the soft pretzel sticks can be flattened very well or pulled out for the edge without kneading it. This makes it easy to shape a pizza and the lye stays where it should be. Namely on the outside of the dough. The result is a wonderfully crispy brown soft pretzel pizza.

It is relatively unclear who actually invented the use of a pretzel dough for pizza though. Some Bavarian newspapers like the Allgäuer Zeitung claim that the Wirtshaus Wurstbendel from Aschaffenburg invented pretzel pizza in the course of the Corona crisis in 2020. So it was the Bavarians (or more precisely, the Franks) who made a virtue out of necessity? Sounds romantic, but it’s probably not really the truth. The American pizza chain Little Caesars launched a soft pretzel crust pizza in 2013, as this USA Today article reports. And different recipes for pretzel pizza from the last years can also been found on the Internet. But we don’t really care either. We are just happy that we have now discovered this great idea for ourselves.

The song Reunite by the Belgian folk band Isbells has been a good companion for many years. And yet it is still as beautiful as it was at the first listen. A track for dreaming.
(Would you like to listen to all the songs for the recipe? Find them collected in one playlist here) 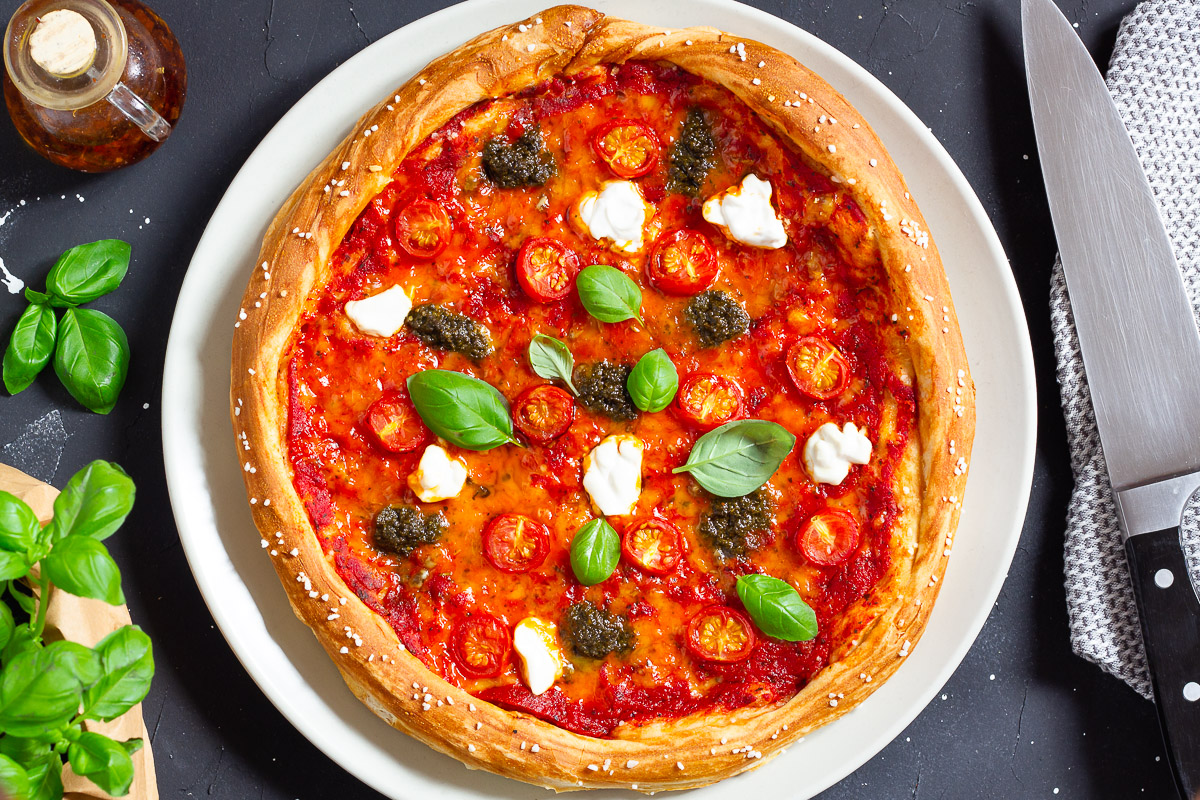 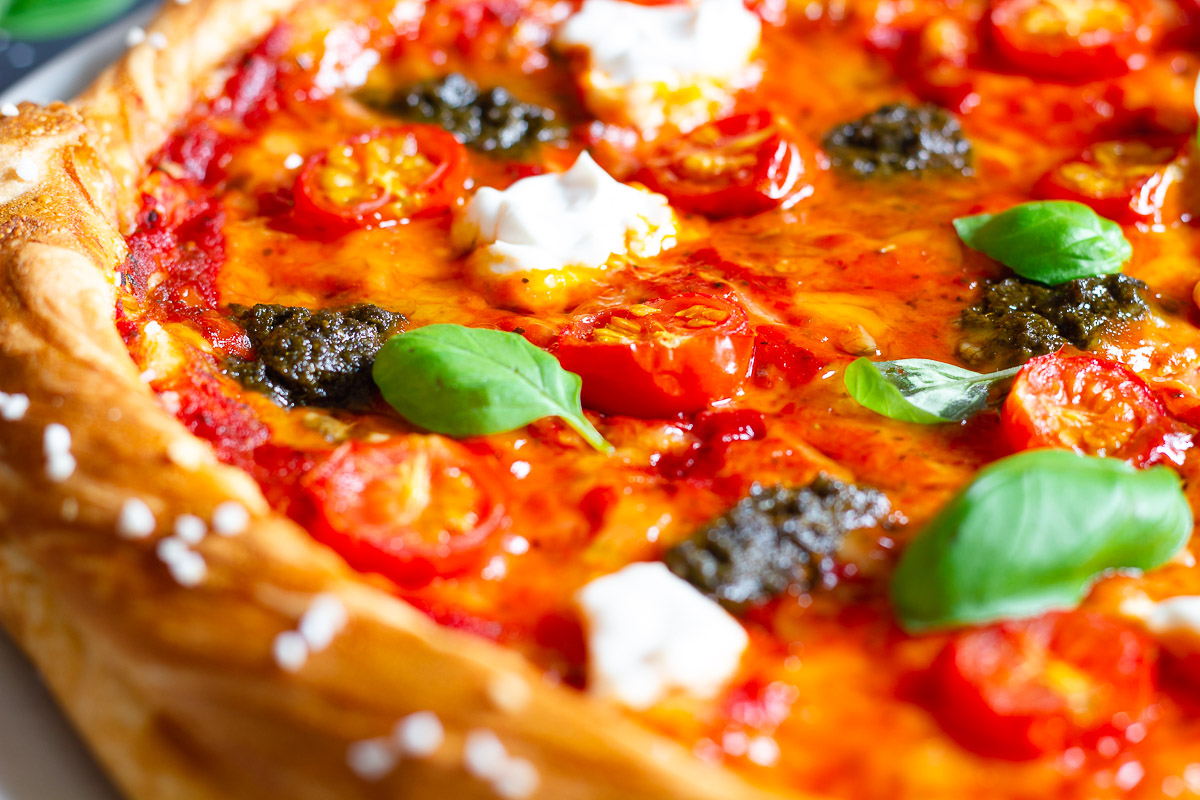 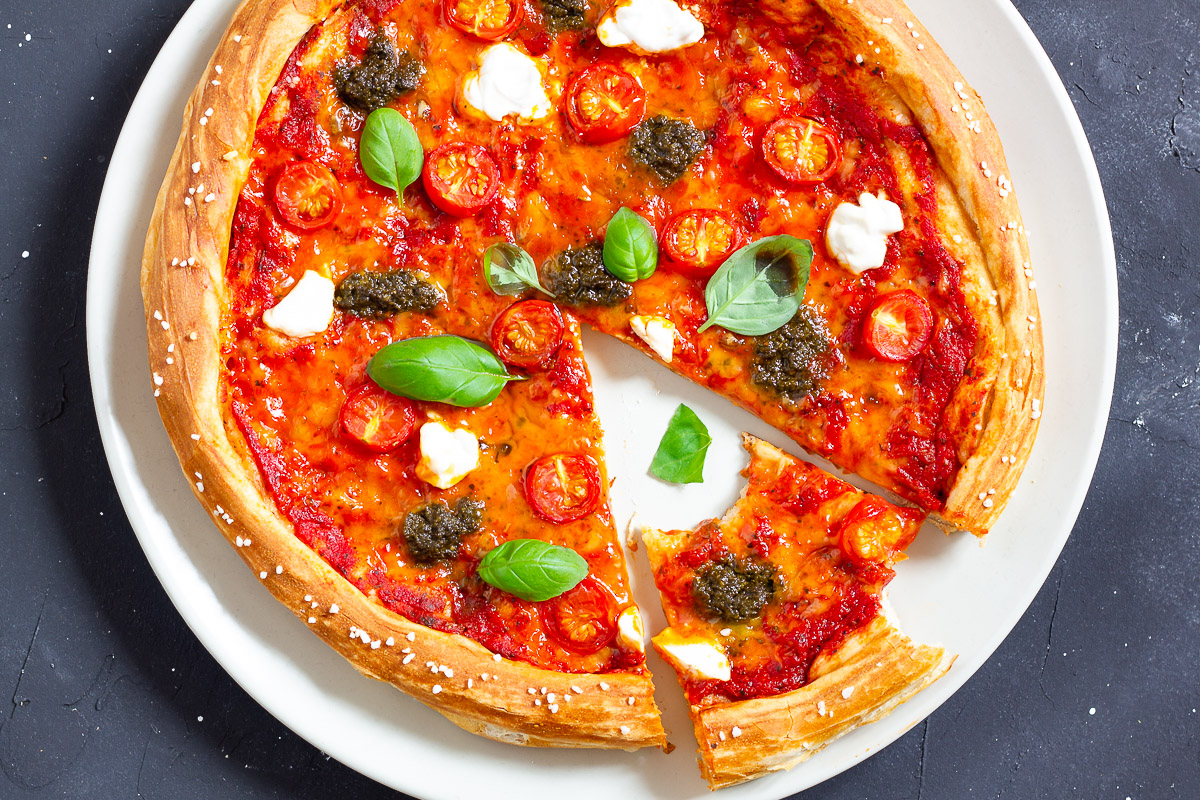 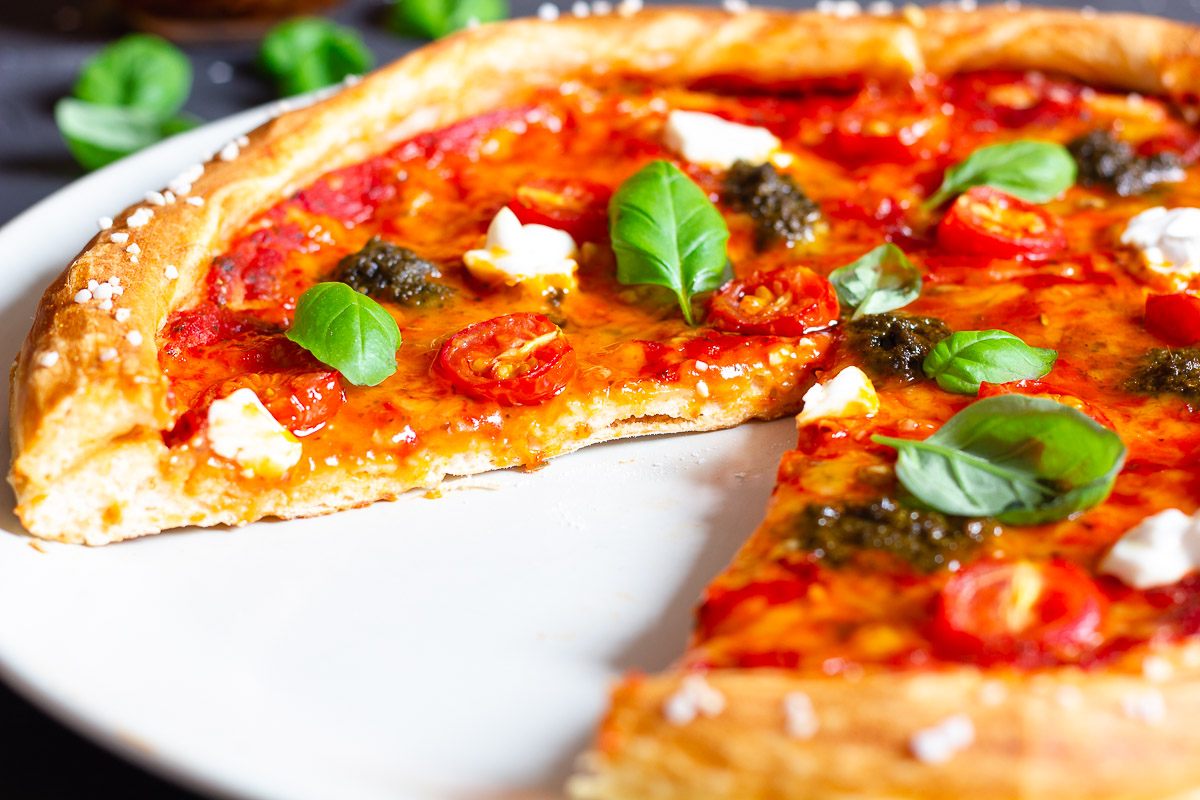 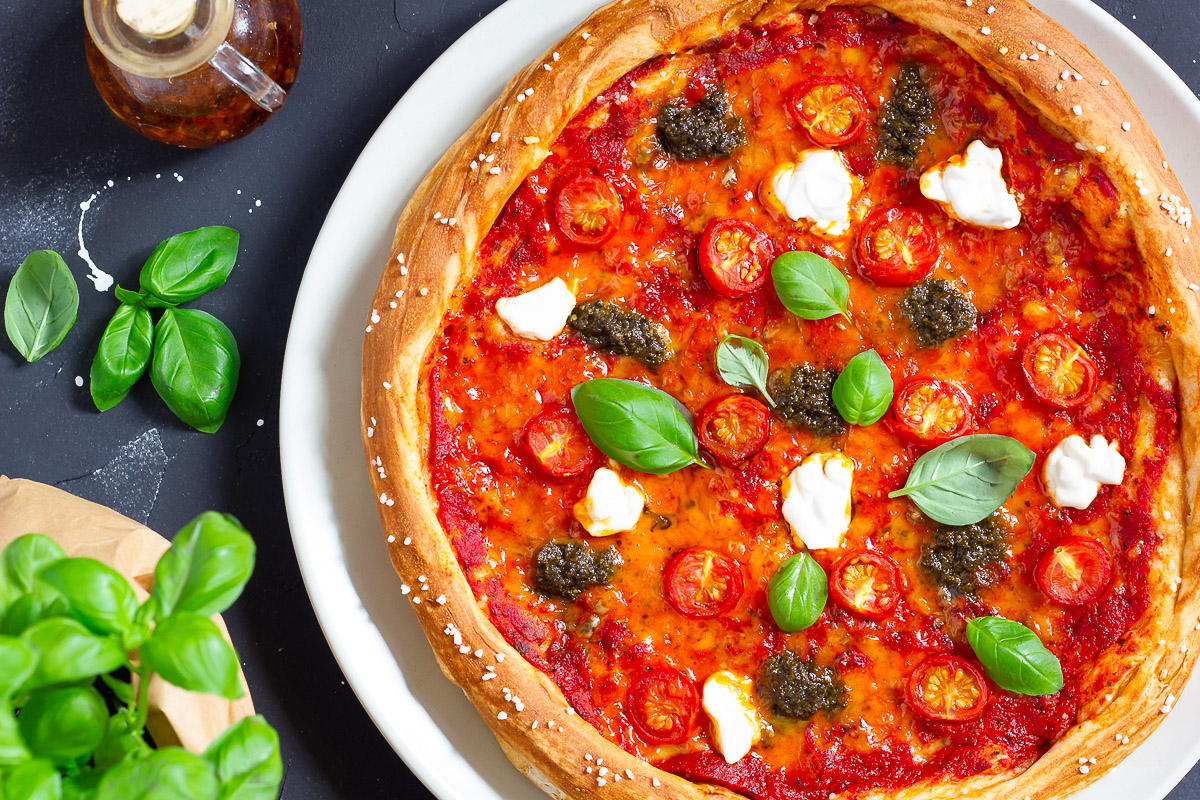