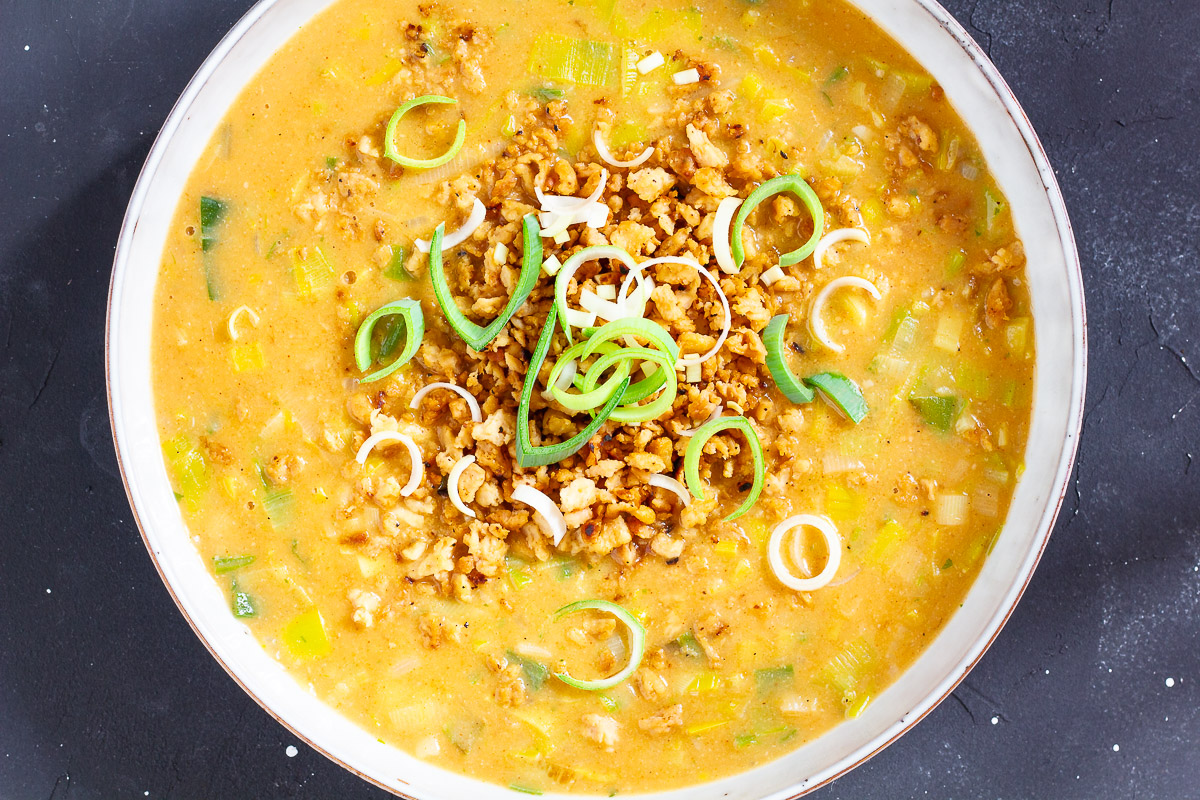 On cold, uncomfortable days, there is not much better than a warm and filling soup. And since winter is celebrating a little revival right now, and we have a lot of leek in the vegetable box, we created this recipe for a vegan leek and cheese soup with mince.

The prototype is a hearty soup, which in the original is not really vegan-friendly and quite heavy thanks to minced meat, soft cheese and creme fraiche or cream. Our plant based version is definitely not a light summer soup either, but it is still not nearly as greasy. For example, we do not use cheese substitutes. To make the soup creamy, we sweat some flour with it instead and add plant cream (e.g. oat or soy cuisine) just before serving. The yeast flakes provide the cheese taste. And we use dried soya mince instead of the minced meat. 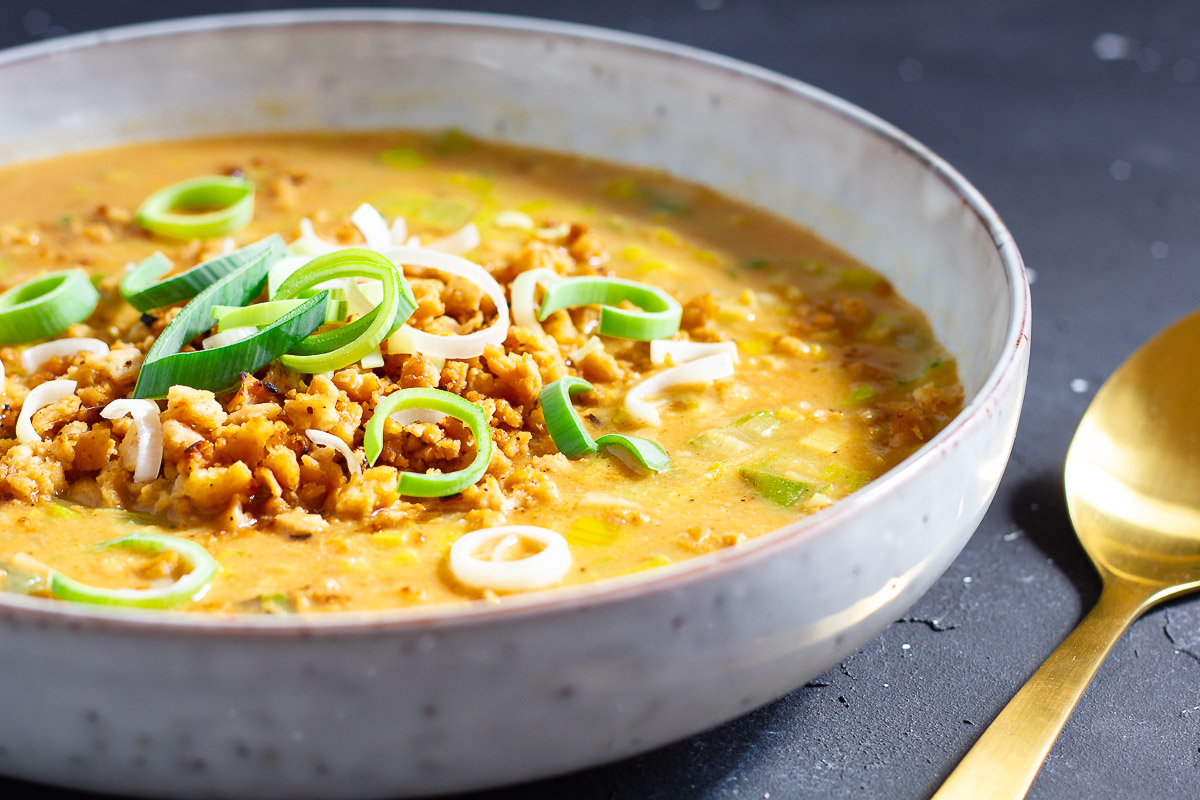 AVEC is actually called Miriam Hufnagl and is an Austrian singer. The minimalist piece Dead is about inner emptiness and, in terms of mood, fits more into the cold and dark season. Just like this soup.
(Would you like to listen to all the songs for the recipe? Find them collected in one playlist here) 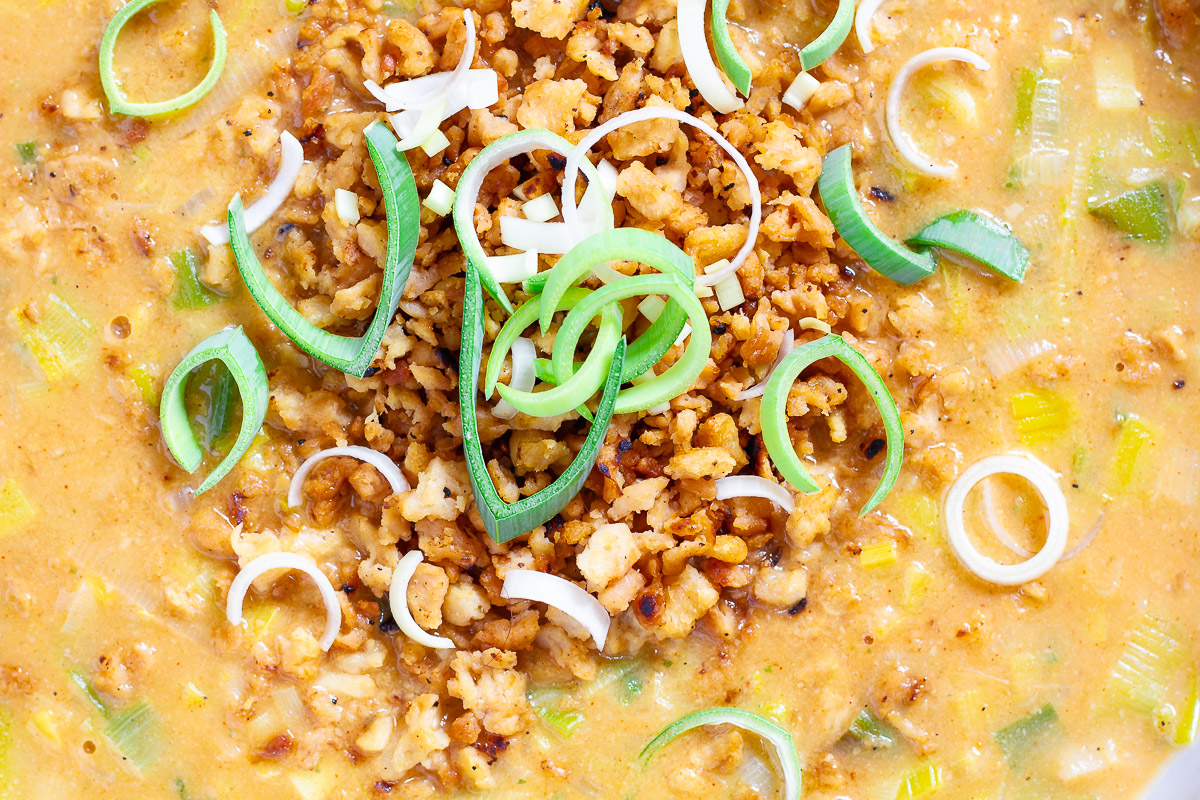 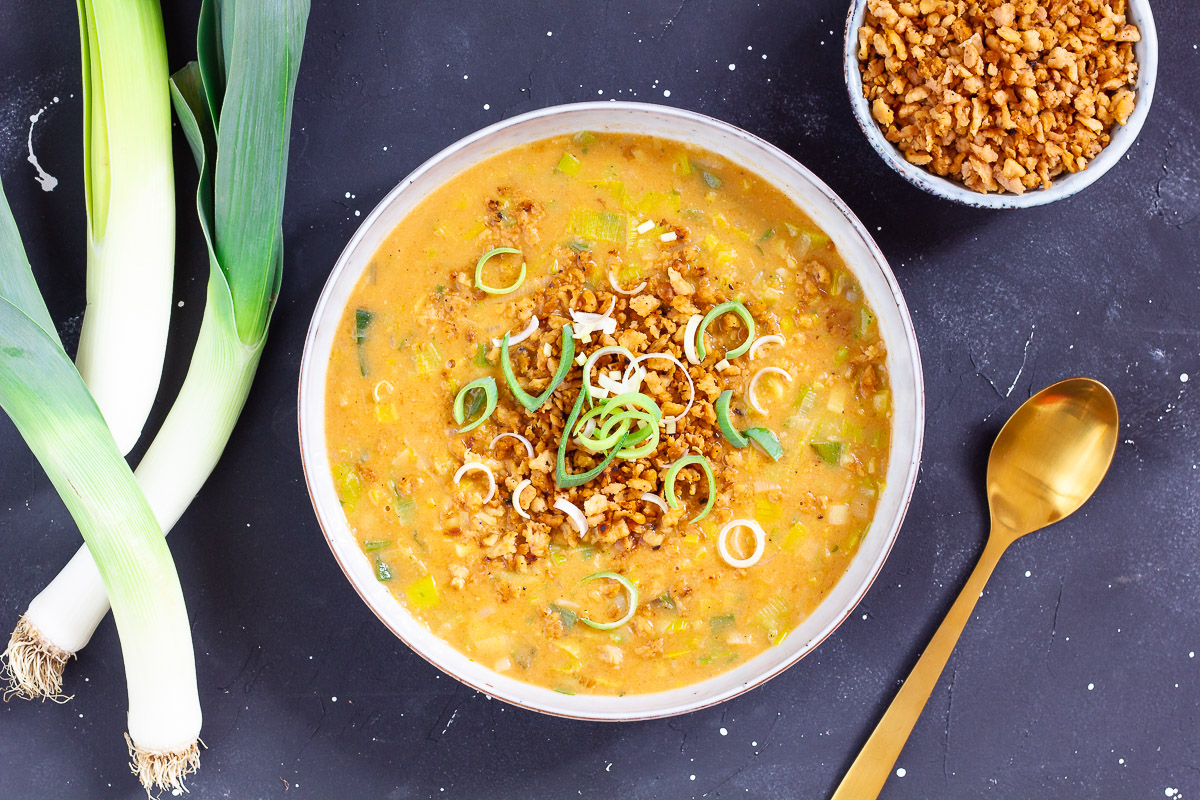 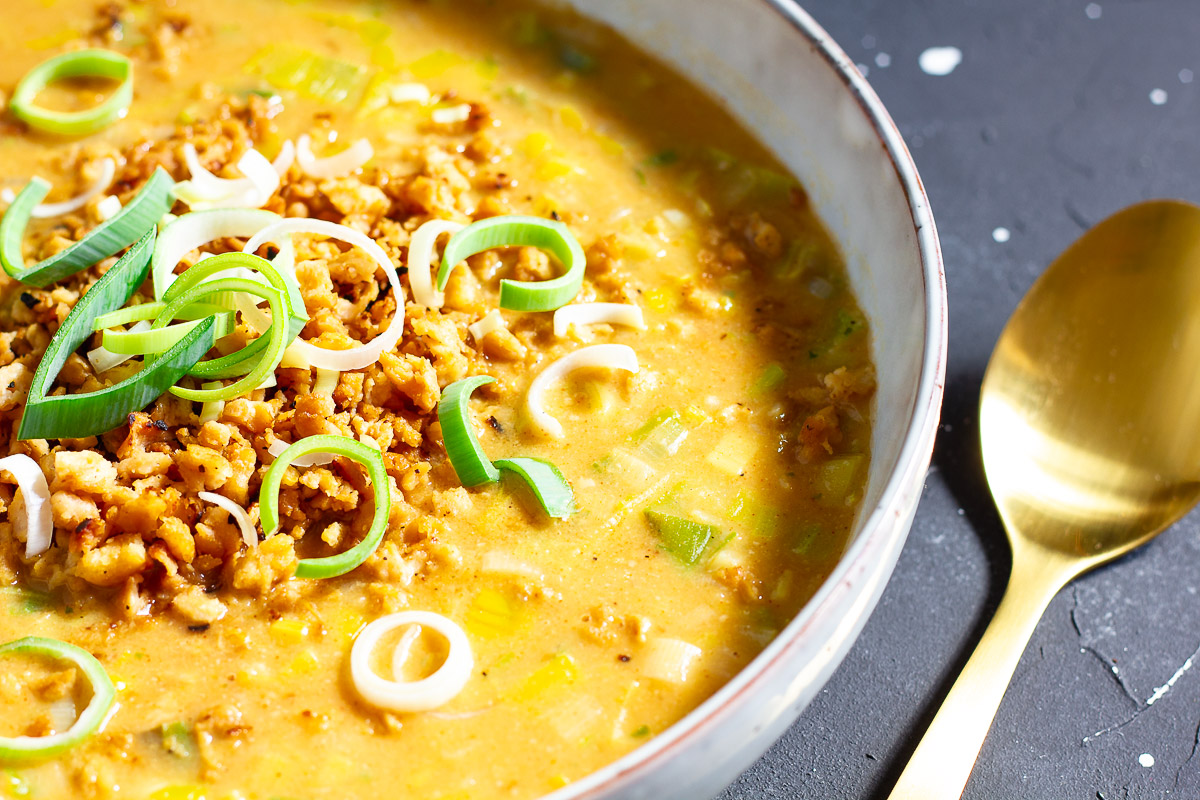