I love food documentaries and cooking shows. Especially those in which it’s really about the food itself and not just about entertainment. So for example I watch Kitchen Impossible on a regular basis. There I saw a episode some time ago in which 3-star chef Jan Hartwig was sent to Dubai by Tim Mälzer to cook a dish called Ginger Chicken in a Pakistani restaurant. It is supposed to be Tim Raue’s favourite dish. He is also a star chef and the only German to whom a episode was dedicated on the famous Netflix series Chef’s Table. The recipe sounded so delicious that sooner or later I wanted to make it, too. That has happened now. And it turned out very tasty. So have fun with the recipe for vegan ginger chicken from Pakistan. 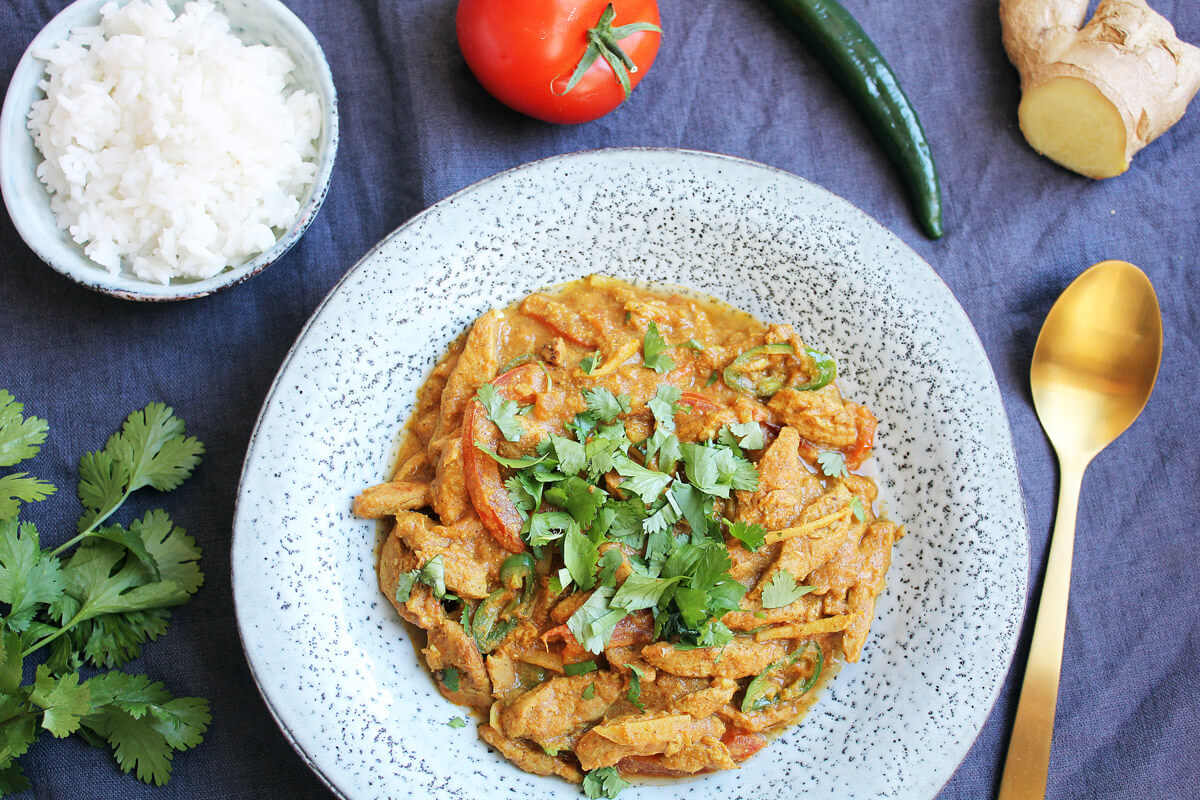 Very special in the preparation is that the curry is nicely creamy and thickened even without the use of nut butter or coconut milk. The secret is the sweet onion paste that is made for it. Chilli peppers and ginger provide a lot of punch. The garam masala spice mixture, as well as turmeric and paprika, add even more flavour. Tomatoes and yogurt provide a pleasant acidity. And then a lot of fresh coriander (sorry to all coriander haters) on top. Delicious!

Instead of chicken, we use soy chunks. Instead, you can for example also use tofu, tempeh or seitan. Then just skip the first step of the preparation. 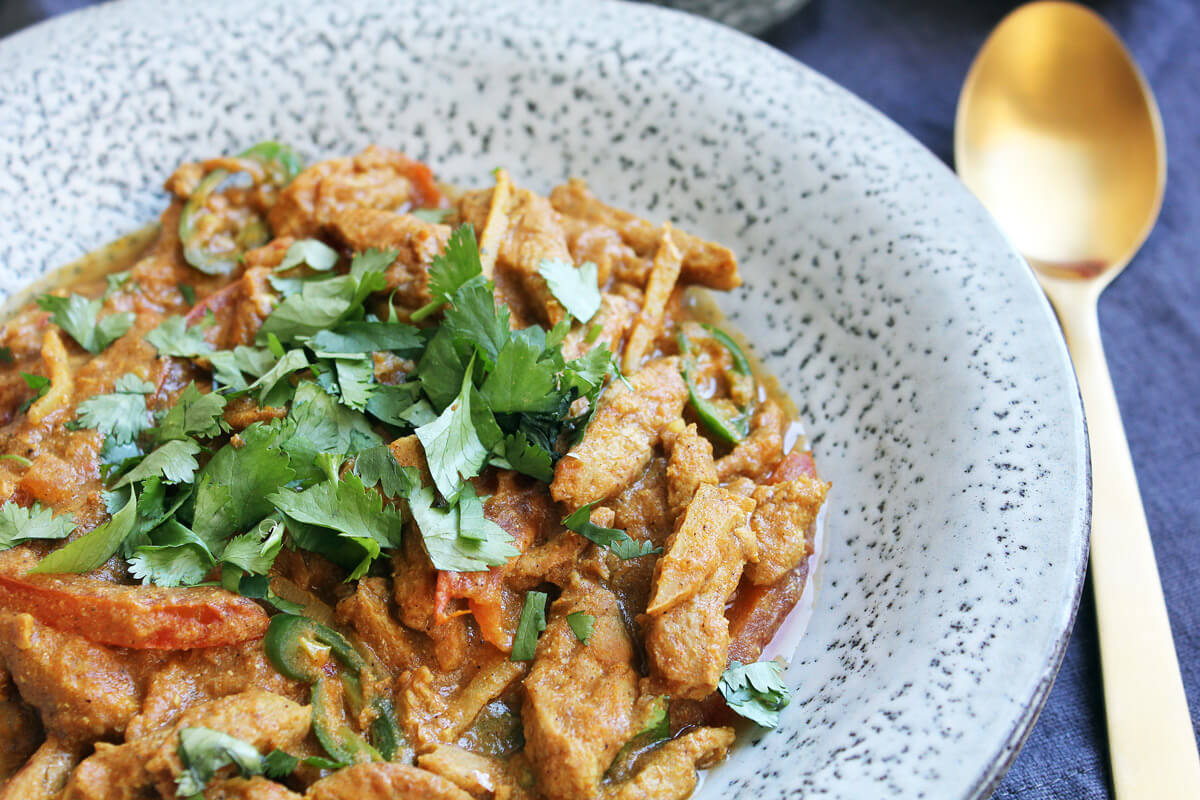